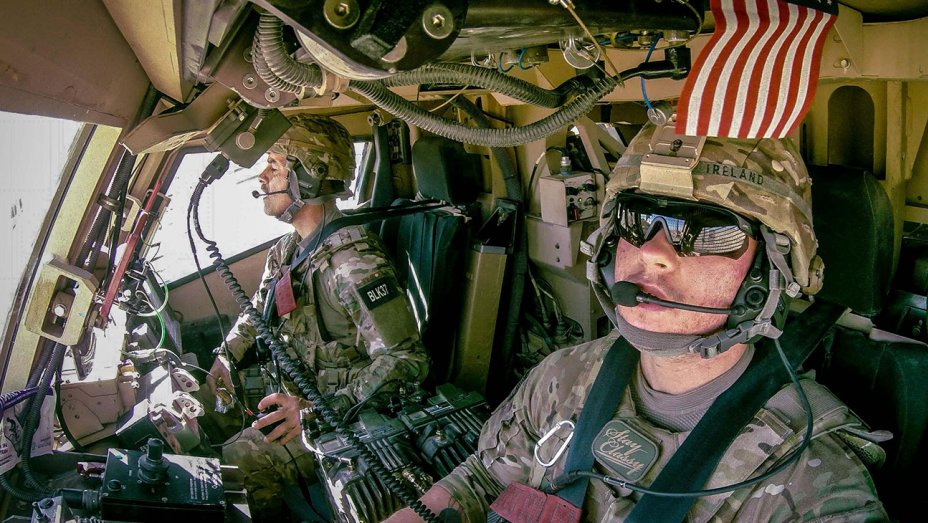 There are over 15,000 transgender individuals currently serving in the military, and while the repeal of DADT (Don’t Ask Don’t Tell) was historic, it still didn’t apply to transgender service members. First time directors Fiona Dawson and Gabriel Silverman chronicled this gap in inclusion with their documentary, TransMilitary. The film introduces four people directly affected by the strict and stringent policies of what it means to be male and female in the U.S. Military and captures their lives through the uncertainty of changing presidencies and military policies.

Staff Sergeant Logan Ireland was born a girl and spent his long service in Afghanistan where only one person knew he wasn’t born a man. Logan receives a lot of support from family and other service members, and his identity has no effect on how he is treated and viewed.

Laila Villanueva is a transgender woman engaged to Logan but has a slightly different experience than her fiancée. Laila is subjected to rules and regulations forcing her to cut her hair and stop using makeup after she is “outed”, despite the fact that she is a woman.

Captain Jennifer Peace escaped a troubled an abusive home and found solace in the military. She has a wife and two kids, and is highly respected by her superiors for her excellence in service.

Captain El Cook is a Black trans man from the south with a reverend for a mother. When his mother went to her pastor to ask his advice with how to deal with the identity of her son, the pastor quoted the Bible. “Love one another. As I have loved you, so you must love one another. By this everyone will know that you are my disciples, if you love one another.” ~John 13:34-35

From the very beginning, TransMilitary pulls the audience in with their diverse perspectives. Transgender people are not a monolith, and the breadth and depth of experiences highlighted in TransMilitary shows this flawlessly.

While the repeal of Don’t Ask Don’t Tell and the ban of transgender people in the military are definitely brought to the forefront, politics does not play a major role in this film. TransMilitary focuses its story strictly on the personal level and the effects that these rules and regulations have on the people and their families.

The narrative that is often told to the public is that trans service members serve as a distraction to the troops and brings down troop morale. However, for all of the people in the film, once they revealed their identities to their fellow service members, those service members and officers were completely unfazed. Their identity as trans simply didn’t matter.

Despite the unfortunate circumstances that the American government puts on the people in the film, TransMilitary still offers hope at the end. Every person in the documentary has a support system at home and something to look forward to, even if regulations within the U.S. Military are still up in the air thanks to lawsuits and injunctions on Trump policies.

TransMilitary is informative, emotionally engaging, and socially relevant. A must-see for all people.