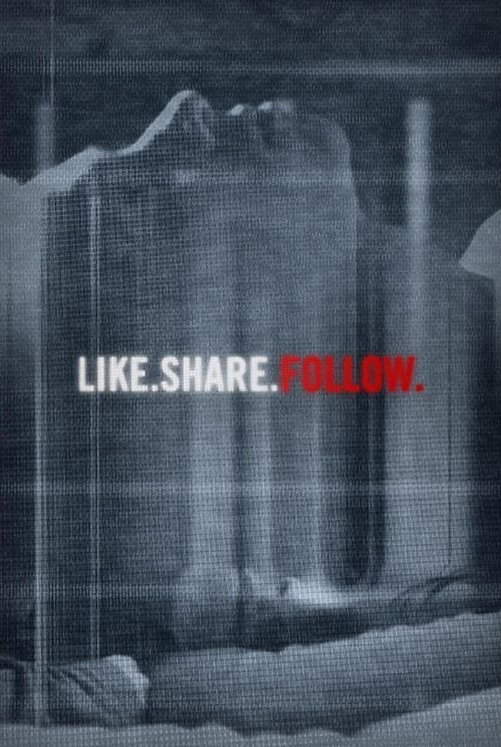 There’s something unusually intimate about watching somebody’s computer screen when they’re not looking, being a voyeur as they navigate. It’s not just the images they’re looking at, the chats they read, the replies they delete and rewrite, or the windows they close out of fear or shame; it’s the movement of their mouse cursor, the frustrated zigs and zags as they belabor over each choice of what to do next. In the new Blumhouse-produced sequel Unfriended: Dark Web, a truly unsettling horror narrative unfurls entirely in a MacBook, with multi-tasking taking the place of scene transitions.

While no prior experience with the series is required here, the original Unfriended is an interesting point. A kind of tech-based ghost story about lies, cyberbullying, and revenge, it takes place in a another MacBook, a Skype group chat among high-school friends in possession of some disarming secrets, eventually leveraging the game “never have I ever” to disturbing ends. Unfriended: Dark Web concerns subject matter of an entirely different stripe, but is similarly a technical marvel that feels very of-its-time, replete with postmodern ironies, dishonesties that tangle with technology, mimetic trains of thought and even Cards Against Humanity. All of this requires a certain casually tech-oriented viewer to properly enjoy, and there is an intense concentration needed to watch it which connects to its unique construction—you need to scan the corners of the screen sometimes, darting your eyes back and forth looking for details, such as when a member of the group chat disappears, but isn’t instantly noticed by the rest of the distracted cast.

Speaking of the cast, they turn in a mostly balanced and engaging performance, although I would dignify Unfriended: Dark Web as being an editor’s film, a designer’s film. It’s all animated windows and operating system micro-theatrics which are usually uncannily identical to the workings of a Mac (as per the Q&A after the screening, the sum total of its images are purely the result of handcrafted adhoc animations). There is very, very little music or sound effects which are not incidental, which does add a bit of strangeness when an artificial, dread-filling bit of subtle orchestration creeps in—it clashes thematically with the use of a Spotify playlist as an effective soundtrack in practice. Little flourishes like that seem at odds with those themes, it’s almost a “cheat,” of sorts, but it’s a soft-touch one, only distracting because of how engrossed the viewer is in the machinations of the stage-as-desktop.

An in-depth look at the narrative might sound like a spoiler-risk, but this is a paltry example of a plot that develops busily with only the smallest pockets of breathing room, and describing an early development might help explain what I mean about connecting with the figure at the controls, Matias O’Brien (Colin Woodell). The first sound heard is a MacBook powering up, prompting strange giggles from the audience, myself included, as an unseen user repeatedly tries to enter a password at the login screen but keeps failing. Lets pause explore this tiny initial moment a bit. We know that the laptop is not in its original owner’s possession. We see a few login attempts trying “PASSWORD” and the like, telling us that there is something underhanded about this access. Once Matty is online and speaking with his friends, including a girlfriend who happens to be deaf (making a webcam conversation with text assists key to their connection, a lovely language detail I’d never personally considered before and found novel, with great application later on in the story), we see him tell what we must assume is a lie: that he is using a recently purchased laptop. I mean, wouldn’t he have the password if he purchased it, even used? A casual lie, but in a horror story, no dishonesty goes unpunished.

Yes, Matty more-or-less stole this laptop, and stole it from possibly the worst individual to steal from, someone connected to the Dark Web and an active participant in kidnappings, tortures, and contracted killings. Unlike the first film, much more of Unfriended: Dark Web concerns lying for purposes of protection, as Matty does his best to cloister his friends and his girlfriend from his tormentor’s malice, a malice whose reach and effectiveness approaches deity-status, but remains grounded and rather bracingly realistic and well-thought-out.

I would wager that the only times Unfriended: Dark Web does not work regards its necessary contrivances. For instance, the film relies on stark closeups of each actor performing their roles, a compelling decision, but one which also spotlights smaller failures, hiccups, and slips that would go unnoticed in a different kind of movie. For Savira Windyani’s character, I would wager that she was heavily adjusted in final edits—she always seems slightly disconnected from the emotional alignment expressed by most other characters, who tend to interact in a way that feels alive instead of instanced (another confirmation in the Q&A—the characters performed their parts together in a soundproof-roomed house, rather than individually recording themselves to be time sync’d later). And those aforementioned music cues slightly disrupt the harmony of a film which in most other cases sticks to its own rules.

Other than that, I’d advise anybody heading in to see Unfriended: Dark Web to consider these words: this movie is cruel, more than a little disturbing, and considerably taxing emotionally. Director Stephen Susco mentioned that he cruised the actual Dark Web to support and flesh out the film’s horrific details—this certainly shows in the results which, while rarely gory, were often dizzyingly nauseating just to think about. The people are fictional, sure, but the potential might be real, reminding the viewer to be careful what you click for.