“Comic books were an empowering entity in my life.”

These were some of the many breathless, passionate words shared by Darryl McDaniels, better known as D.M.C., the King of Rock in the chart-busting, genre-blending, pioneering rap group Run-D.M.C. Tune In Live programming at SXSW 2018 hosted a special podcast episode on Wednesday, March 14th, dubbed “Coffee & Mayhem,” live at the Fairmont Hotel, which featured McDaniels, Black Girl Nerds Founder Jamie Broadnax, and Agents of Mayhem Darren Passarello, and Konstantinos Pantazis.

Darryl’s creative efforts have recently been rallied to the composition of a comic book series, now collected as three current graphic novels under the header/imprint DMC: Darryl Makes Comics. Billed as a superhero comic which reimagines DMC as a well-trained superhero, the comic might, at first, appear as a surprising detour for the hip-hop figurehead, a train of thought which McDaniels was quick to dismiss during the podcast.

“I went to Catholic school, it was a traumatic experience…I was a geeky kid who wore glasses and a uniform who read comic books,” McDaniels related to the packed but intimate room. “What comic books did for me…every time I opened a Marvel comic book, I saw the city I couldn’t experience myself, because I was too little to leave the block…[they were] my release from this real world that I was living in, that was more relatable to it.”

McDaniels went on to describe how comic books gave him a comprehensive language which he translated to his hip-hop career, even things like repping Queens: “Spider-Man lived in Queens, so i had to let you all know it on my records! I’m from queens too!” 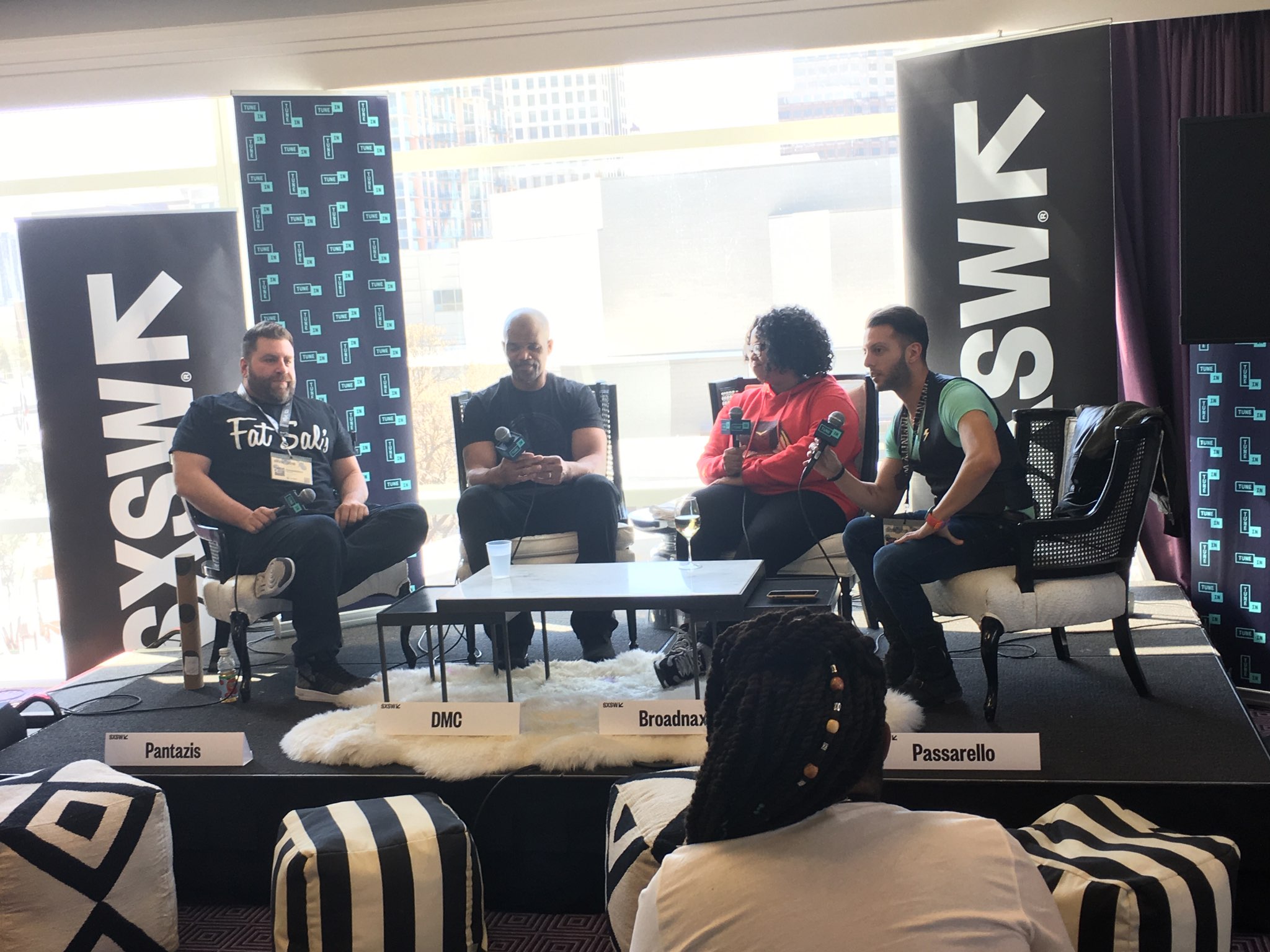 The bulk of the event included some rambled, self-deprecating asides from Darren Passarello, as well as many questions and comments from the audience. One thing was clear: D.M.C. could talk. Of course, he had no shortage of valuable, insightful observations to share. “Define yourself as an adjective, then tell the world what you are,” he stated, with all the conviction of a self-made star who leveraged this mantra to get there.

Broadnax [full disclosure: you’re on her website] fielded some questions from the audience as well, relating her specific introduction to the world of comics through her appreciation of the original X-Men: The Animated Series on Fox. From there, Jamie sought out X-Men and Excalibur comics, sparking the passion and interest that would eventually lead to the inception of Black Girl Nerds, as well as her recent podcast with co-host Stephanie Williams, Misty Knight’s Uninformed Afro, which features deep dives into women of color throughout the medium of comics.

In a manner similar to McDaniels, Broadnax pursued self-actualization through a cultural medium that reflected her identity in unusually significant ways, situating herself within it as an emergent authority, a rallying figure, and a welcoming presence.