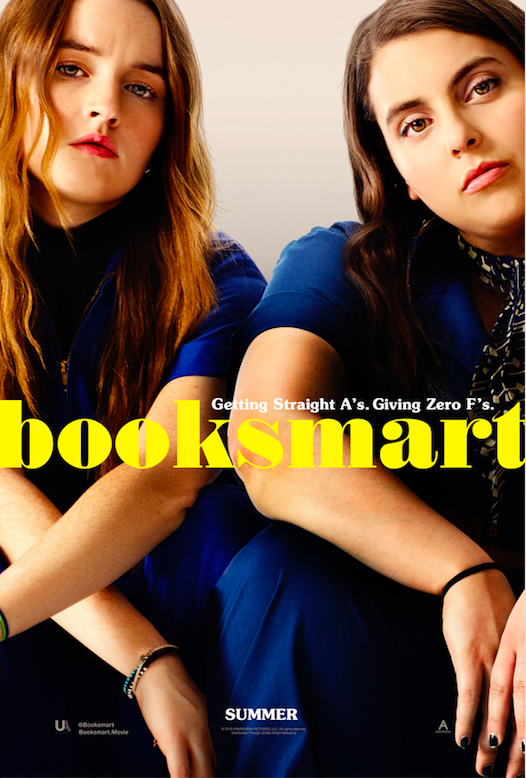 Exactly one year ago at SXSW, the crowd roared with laughter and welcomed with enthusiastic applause the Kay Cannon comedy Blockers. The story is about three high school girlfriends who make a sex pact on their prom night. Cannon’s work is most notably known as a writer on the Pitch Perfect films, however, Blockers was Kay Cannon’s first foray into the world of directing.  This week at SXSW, another new female director premiered her first feature — actress Olivia Wilde has given audiences Booksmart. Both films share parallels having two first-time female directors, a production team comprised mostly of women, and female leads in a slapstick comedy.

Booksmart is well on its way to receiving the same kind of success both critically and by way of the box office, as Blockers did.

Booksmart tells a unique story about two best friends Molly (Beanie Feldstein) and Amy (Kaitlyn Dever) who spent all of their years in high school studying, doing homework, and not experiencing the so-called joys of high school like hard partying. They elect to take four years of deprived festivities and cram it into one fun-filled evening.

Molly is a go-getter and now desperately seeks to drop her high school label, especially after eavesdropping on a conversation in a closed bathroom stall as her classmates gossip behind her back. Amy is a more laid-back introvert who’s interested in social justice causes. Amy has a crush on a local girl at their school — but barely can muster up the courage to ask her out. However, Molly is the Ying to Amy’s Yang. These two manage to fill the void of one another’s shortcomings — whether its Molly encouraging Amy to ask a girl out or Amy encouraging an insecure Molly that she’s smart and beautiful.

There is a perennial fascination in the comedy genre with teens having to do something extreme or something they’ve never experienced before they graduate and go off to college.  As they part ways they gain a sense of satisfaction in doing their deed or misdeeds and complete their rite of passage into adulthood. Oliva Wilde’s direction and Katie Silberman’s writing makes this comedy trope work in a refreshing way.

Geek girls Molly and Amy aren’t the only overachievers in their school.  As it turns out, Molly finds out that many of her classmates who love to party have managed to balance both academics and a highly demanding social life very well. When Molly discovers some of her classmates are attending ivy league schools like Yale and Harvard, she’s challenged. And one student named Theo (Eduardo Franco) is not even going to college at all — he’s been hired as a coder for Google starting with a six-figure salary. 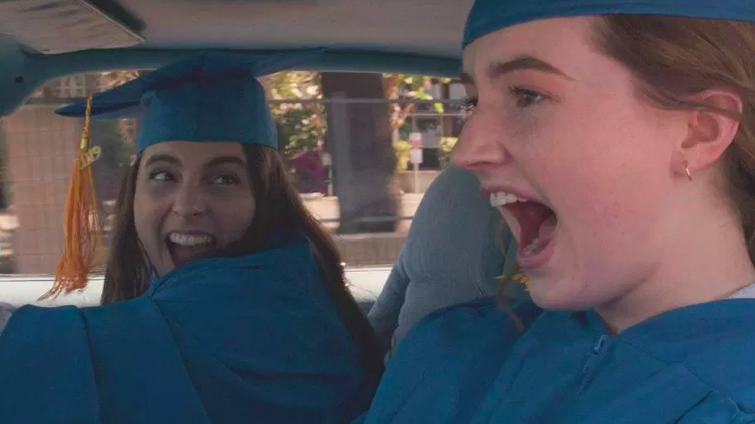 Molly and Amy proceed to spend an evening in a series of misadventures from heading to a party on a boat, to meeting a perpetually wasted party girl named Gigi (Billie Lourd), to accidentally ingesting a psychedelic that takes them (as well as the audience) on a trippy journey with naked dolls.

Booksmart, like many comedies of this genre, comes with a number of guest star appearances including Lisa Kudrow, Will Forte, Jason Sudeikis, and Jessica Williams. There is an incredibly adorable scene Jessica Williams shares with Molly and Amy and her moment with them reminds us of the value of female friendship. Williams’ presence in the film is a bit truncated, as this is Molly and Amy’s story, but it was still memorable nonetheless.

Molly and Amy have their challenges in the area of finding that significant other, as most of us in high school, has, and the way each of their romantic arcs evolves is exactly what teenage rom-coms are made for.

Writer Katie Silberman who knows this dynamic very well from her work in Isn’t It Romantic and has a knack for rom-coms like Set It Up provides a nice blend of believable best friends saying their goodbyes and forging a short-lived passion with that special someone before college.

Booksmart is funny, nerdy, silly and an excellent debut for first-time director Olivia Wilde who has found her genre.

ALSO READ
TIFF 2022 Review: ‘SHIMONI (The Pit)’ Surviving Freedom Can Be the Most Difficult Challenge

The Guys of ‘Booksmart’ Tell All