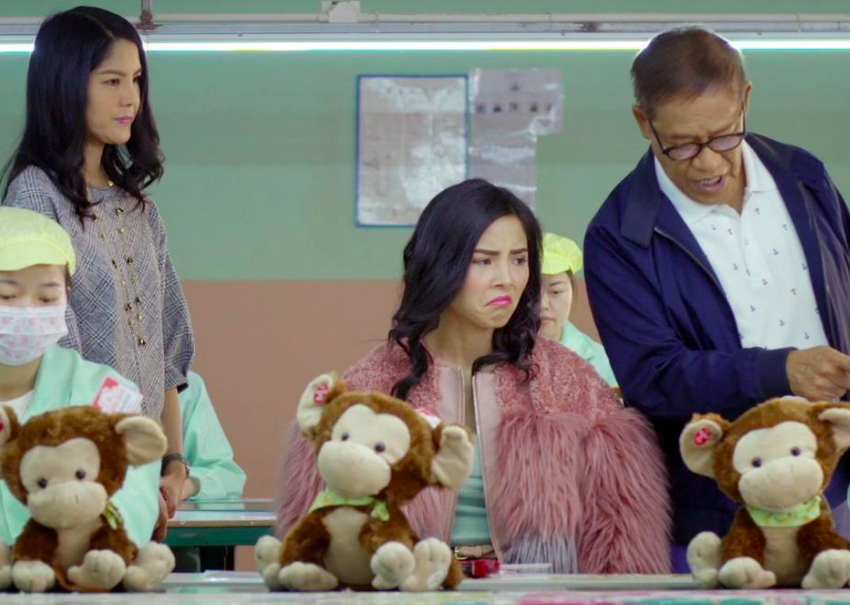 Coming off of Sundance where I was incredibly surprised by and later quite satisfied with the diversity of films I consumed, (thank you The Farewell, Last Black Man in San Francisco, One Child Nation) I was excited for SXSW to offer the same. As we’re learning, no two film festivals are alike. So, I was thrilled when I found the film Go Back to China while scrolling through the feature offerings.

Unfortunately, the thrill stopped there.

Now, I’m a bit of a Pollyanna; I’m a people pleaser, I want people to be happy, I can find the joy in everything. I really wanted to love Go Back to China. I wanted to be happy to celebrate yet another film with a mostly-Asian cast with a uniquely Asian-American story that was seeing a debut at a film festival. #GoEthnicity! But, this film didn’t tickle my fancy.

Here’s where it went wrong, for me.

Semi-autobiographical, Go Back to China tells the tale of a rich, spoiled young woman, Sasha Li (Anna Akana), who after blowing through most of her trust fund, is forced by her father (Richard Ng) to go back to China and work for the family toy business. This I loved. And still, I do actually.

The story and the themes tackled within the film are very strong and entertaining. Turns out Sasha’s father is a bit of a rolling stone and through his escapades has fathered several children, from several women; some of which started as relationships while he was still married. Sasha doesn’t like her pops too much, nor does she care for the children he has fathered as he hasn’t been much of a father to her. Add in the component that Sasha is very entrenched in her daddy-supported LA lifestyle with its non-existent fashion career; being forced to go back to China is No Bueno, because “like, there’s no avocados!”. (I get this; I live in LA. I’d be upset, too!)

The problem, unfortunately, is in the execution. Somehow, the characters (not even the actors, really) come across as dialogue-y talking heads. The situation is believable, but how the characters are portrayed is not. Sasha (while likable) felt very whiny. The dad felt one-note as a tyrant who only cared about business. An older sister (Lynn Chen, whom I already love from other work) seemed to repeat many times that she sacrificed ten years of her life working for her father.

Sadly, the layers weren’t there for me and the film began to feel quite formulaic and it overshadowed the solid cinematography; the beauty of the fact that the film portrayed writer/director Emily Ting’s family factory in China while highlighting the true cost to work in this environment; and then, some of the wonderful acting moments.

I was pulling for this film. We all need this film. Truly. We need more stories from different voices showing us what’s going on in their world. This film did this, but just not as well as I would think of for a selected festival film. And while I sat in a packed audience, getting a bit hangry by each scene, I started to wonder if SXSW had chosen this film to check a box.

And that got me hangrier.

The conversation of diversity and inclusion has been like avocado toast on every menu everywhere lately, and I’m confused as to the slate of films presented this year. I will say there actually is a lot of diversity presented; I found a transgender film, a film about people with disabilities, and a film directed by a Black woman. That’s a multi-food-group helping of diversity and I am grateful for it. But somehow, I’m left scratching my head on this one.

Having said all of this, I’m happy I saw Go Back To China. I’ll recommend it to people because I believe that hard work deserves to be seen; especially a film directed by a woman of color, with a cast of color with a super interesting story. I’d be interested in their opinion afterward! There were some really funny moments in the film, like this fun club scene where the bill comes and the girlfriends do that “reach” for the purse that is more about the reach than actually paying any part of any bill.

I also love the language. I enjoyed hearing Chinese with English subtitles because this is a great way to learn easier phrases like, “Hello” and “Thank you”! I also loved that after having watched One Child Nation at Sundance — which is a documentary about China’s now-relaxed birthing law — that each family could only have one child. I was familiar with the theme when it came up in Go Back To China. We can all see the incredible value in films like these screening to such a wide audience at festivals like this! I just wish I would’ve loved it a little bit more.

Peppur Chambers is a Midwestern Girl Out for a Twirl. Check out her debut novella Harlem’s Awakening on Amazon. Read her blog www.penandpeppur.com where tells stories of heroes, including her own. And learn about her sultry, sassy, sophisticated women’s empowerment movement on www.brownbetties.com.