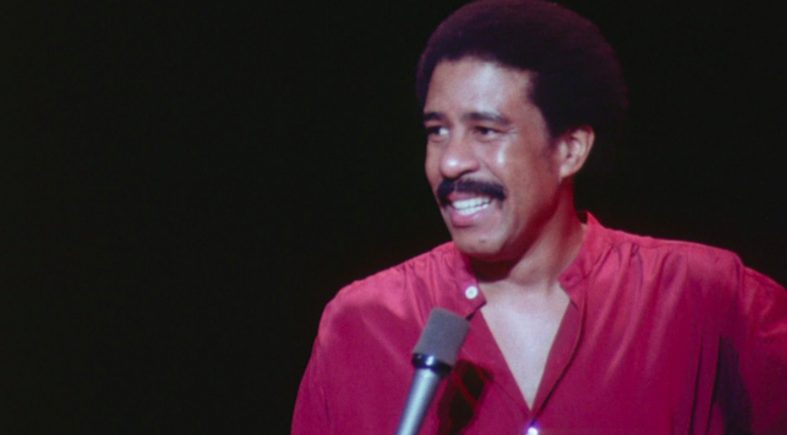 Adding to the recent crop of comedian documentaries like Love, Gilda and Robin Williams: Come Inside My Mind is the ever-controversial prodigious funnyman, Mr. Richard Pryor. The story of his tortured life is captured in the documentary I Am Richard Pryor. A man who climbed his way out of poverty to achieve worldwide success is told through the lens of close friends and family in this compelling retelling of his career.

Pryor is not presented as an eponymous figure, but as an unknown soul who struggled with many demons that stemmed from a broken childhood. Pryor grew up seeing his mother, a prostitute, having sex with Johns and was raised mostly by his grandmother who owned a brothel. The documentary doesn’t shy away from this harsh reality of his childhood and directly connects his upbringing to the man he will ultimately become.

Director Jesse James Miller (Chasing Evel: The Robbie Knievel Story) builds a timeline between the early years of Pryor’s clean comedy to the explicit stand-up he’s notably known for.  The documentary introduces terms like “white bread comedy” which is defined as comedy that was edible and appropriate for television. It was there when Pryor first got his start. The moustacheless comic was an admirer of Bill Cosby and modeled most of his act after him. This was in large part done because of Cosby’s acceptance by white audiences. As one of the only Black successful comics at the time that managed to cross over, Pryor saw an opportunity to leave the Chitlin Circuit. The Chitlin Circuit was where Black comics performed only in front of Black audiences.

Pryor wasn’t fulfilled with his routine and it wasn’t until he was in company with the likes of Huey P. Newton, leader of the Black Panther Party and others that a shift began. This coupled with seeing how African Americans were being discarded and denigrated by white supremacists, led Pryor to take a new approach to his brand of comedy. 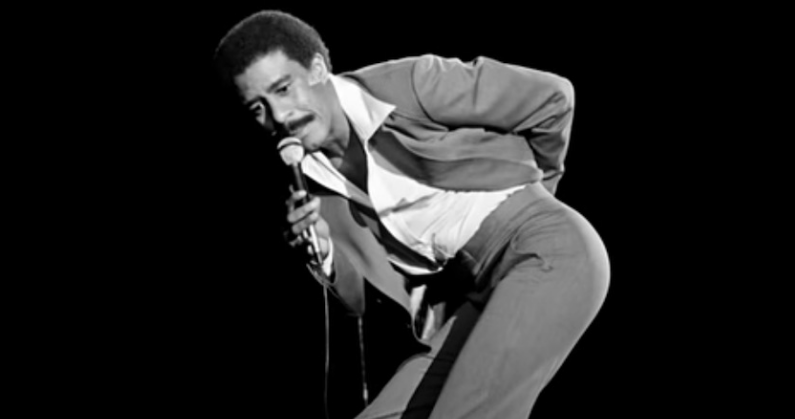 Pryor told unfiltered stories about his addiction, abuse, and encountering racism through his comedy. He literally used the pain of his past and present and turned it into power on the stage with a microphone.

In the late 70s, Pryor had his own TV special and comedian Sandra Bernhard co-starred with him along with the late Robin Williams. The show was short-lived and according to her, it was a great crash course to being around genius.  But TV stifled the risqué comedian and the series imploded in a few short months.

Comedienne Tiffany Haddish also appears in the documentary, which was a bit of surprise, given that she’s the new comedian on the block. She does have a lot to add about her thoughts on the late comedian as does comedic actor Mike Epps. Epps was handpicked to star as Richard Pryor in the now-defunct Lee Daniels project.

Jennifer Lee Pryor (Richard Pryor’s widow) was very candid about her relationship with Pryor during their courtship and through their tumultuous marriage. The two invited lovers to their bedroom, then later became soulmates, and ultimately split apart after an evening of domestic violence. She later reunited with him during the final years of his life and took care of him. He was certainly a man that carried many demons and no matter how many times he tried to numb the pain with heroin and other narcotics — Pryor kept a lot the ugliness of his past inside.

The documentary also covers the latter part of his career when Pryor made a bold decision to stop using the N-word in his act and once that became a reality, his brand of comedy slowly began to dissipate away. His later films wouldn’t quite replicate the success of his earlier films (with the exception of Harlem Nights of course).

Richard Pryor’s life is so unique, tragic, hopeful, sad, funny and mysterious that any retelling of his life story be it documentary or adapted biopic deserves an audience.

The melancholy of Pryor’s story permeates through the screen. This narrative felt more like a tragedy rather than a triumph of man ultimately becoming one of the most successful comedians of all time. However, the heavy burdens that Pryor carried throughout his career, his sorrow, his rejection, his vulnerability is what he turned into the gift of laughter for us. When we experience those very emotions, we can watch one of his movies, listen to one of his records, see one of his stand-up comedy concerts — and for one moment allow all of that baggage to go away and just smile.