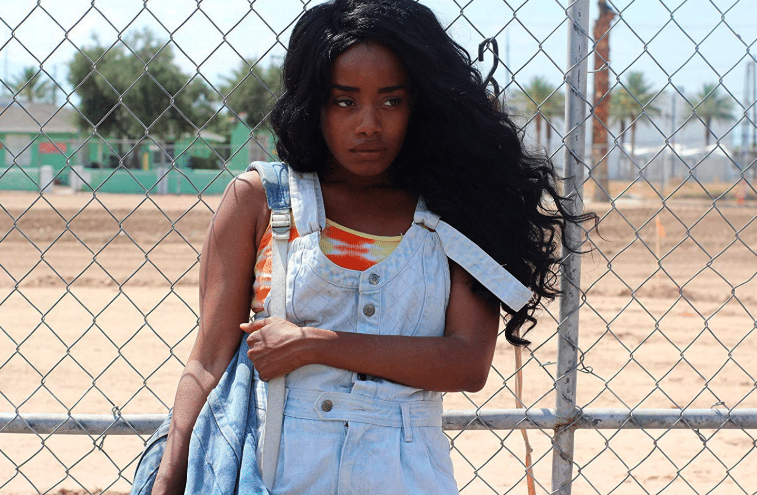 Filmmaker, producer, and co-founder of Black and Sexy TV, Numa Perrier reels us in instantly during the opening scene of her film Jezebel. The multi-hyphenate also directed, wrote and starred in the film. She plays the role of Sabrina — a phone sex operator. Sabrina lives in a tiny studio apartment in Las Vegas with her boyfriend, younger brother, and two younger sisters. As you can imagine in such a small space with so many people, there is some antagonism amongst them, especially Sabrina’s boyfriend David (Bobby Field) and her 19-year-old sister Tiffany (Tiffany Tenille).

When their sick mother suddenly passes away, the family dynamic shifts and Tiffany is willing to do just about anything to escape the pain of her mother’s loss. Everyone except Sabrina is unemployed and have no funds to even bury their mother. Sabrina convinces her younger sister to look into exotic entertainment as a means to make money. And in Tiffany’s vulnerable yet desperate state of mind, she quickly agrees and applies for a position as a webcam model.

The barrier to entry, at least for Tiffany anyway, is relatively low.  Tiffany is attractive, in good shape, and enjoys being on camera. The only requirement of her when she walks into the job interview is to take her clothes off. Once she’s given a quick look and turns around, she’s hired and Tiffany’s journey of becoming an internet fetish cam girl begins.

Numa Perrier invites you into the world online cam girls with an explanation of the process of how the business works. This particular webcam company is owned and operated by a brother and sister team which appears to be located in a rented office space of some kind.

When Tiffany is trained by Vicky (Zoe Tyson), she’s told that the best way to make money is to coax online users into one-on-one private sessions. Tiffany uses the pseudonym “Jezebel” when she begins her online sessions. She is taught to always stay anonymous and never give any detailed information on her whereabouts or who she is. However, those rules are broken when Tiffany/Jezebel meets a user by the name of Bobby, who slowly develops a relationship with her.

Tiffany/Jezebel being the only live webcam Black model at this place, also comes with nasty online attacks from trolls, in one particular case, she is called the N-word. Her boss refuses to take any action against the user because he’s a top paying customer. This frustrates Tiffany and she’s ready to leave. 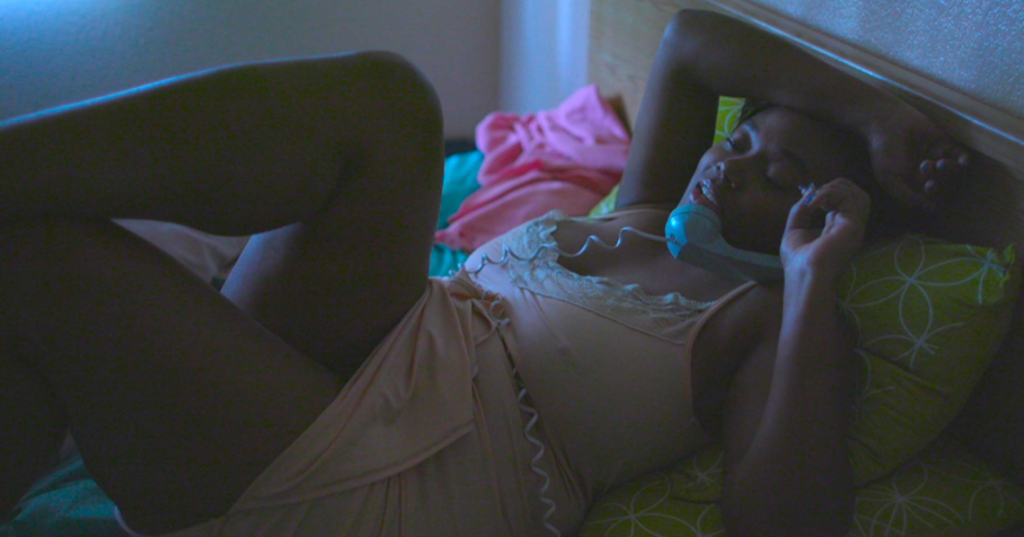 The relationship between Tiffany and Sabrina begins to splinter when Sabrina asks her sister to try to get her own place now that Tiffany is earning income. This coming-of-age story between sisters has a unique perspective on what sisterhood is about and apparently, the truth is stranger than fiction because this film is based on a true story.

The character of Tiffany is based on Numa’s real-life experience with her older sister when they lived together in Las Vegas. Her sister encouraged her to explore and exploit her sexuality. The film deals with how their relationship shifted as a result.

Jezebel is a film that is not judgemental or even takes a side with its protagonist, in fact, you empathize with young Tiffany, even though she’s making a myriad of bad decisions.

Tiffany is seeking something she’s lost over the years and fills that void connecting with anonymous men on the internet. She’s also someone who wants to prove her worth and value in spite of the circumstances that surround her — living in a small studio with her siblings and Sabrina’s boyfriend. Sabrina also allows her sister to make her own missteps and doesn’t scold her for it. It’s almost as if she’s allowing Tiffany to figure out the mistakes on her own since Sabrina herself, likely didn’t have anyone to tell her how not to make them as well.

The film is also produced by Janine Sherman Barrois, award-winning writer/producer and the showrunner of the TNT breakout hit Claws.

Jezebel explores a new kind of family dynamic in a rich way and leaves the viewer to decide for themselves what is considered to be morally right and wrong.