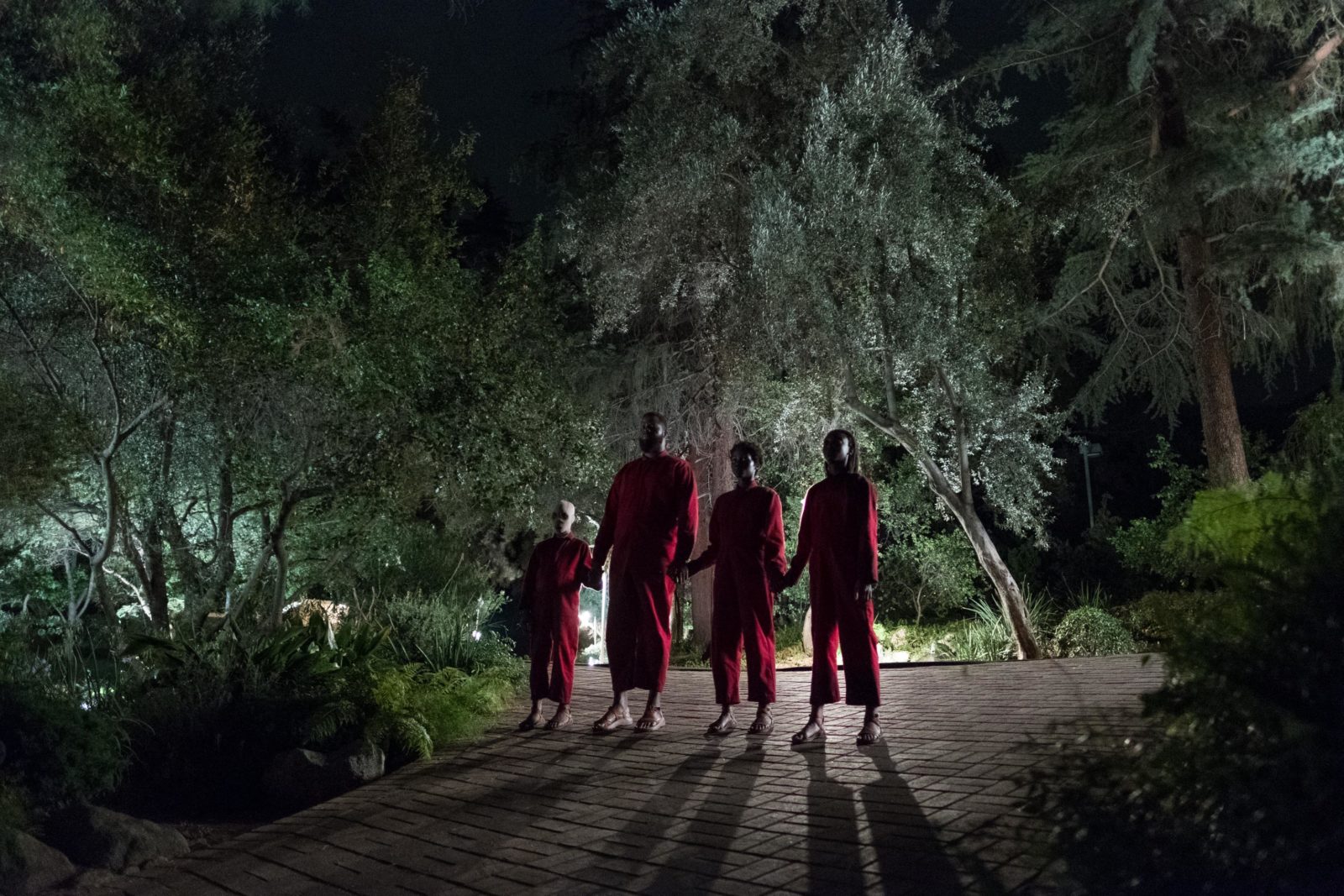 Turning the horror genre on its head is exactly what Jordan Peele is trying to do. In his directorial debut Get Out, the social commentary horror film scrutinized racial microaggressions African-Americans endure from white people. Peele takes a completely different turn in this psychological thriller — that blends horror with comedy — and leaves the audience awestruck over its series of metaphors. Us is a film that may require repeat viewings to figure all of the elements of this story out.

Let’s start with a brief summary of what Us is all about. In the city of Santa Cruz, at a beach resort in 1986, a young Adelaide Wilson (Madison Curry) wanders away from her parents (played by Yayha Abdul-Mateen II and Anna Diop). She stumbles into a haunted mirror house escape called Shaman’s Vision Quest. Underneath the marquee, it says “Find Yourself”. Adelaide walks inside and sees a vision of herself, but what she thinks is a reflected image is facing backward rather than towards her. When the image turns around and looks at her face-to-face, Adelaide realizes that this is not a reflection but a doppelgänger of herself. This results in post trauma and Adelaide goes silent.  Her parents can’t quite figure out what’s wrong when they speak to therapists, but they know there has been a shift in their daughter’s behavior.

The film then cuts to present day and we see that Adelaide (Lupita Nyong’o) now has a family. Her husband Gabe (Winston Duke) and her two children Zora (Shahadi Wright Joseph) and Jason (Evan Alex). They decide to take a trip to Santa Cruz, which makes Adelaide slightly uncomfortable and she reluctantly agrees to participate. Her childhood experience of seeing that doppelgänger has stuck with her all of these years.

At the beach, we meet mutual friends of the Wilson family, the Tyler’s. Mrs. Tyler (Elisabeth Moss) has little to no scruples and speaks candidly about whatever is on her mind, even if it’s tacky. And her husband (Tim Heidecker) is a bit of dweeb. They have twin daughters (Noelle and Cali Sheldon).

Things get weird when Jason wanders off (the same way Adelaide did to her parents at her age) and sees a frozen figure in the middle of the beach posed like a scarecrow with blood dripping from its fingertips. Adelaide thought for one brief moment she lost her son and she’s now triggered some memories of the past.

That evening, the family settles in their resort, and four shadowy figures are outside, to which Jason says, “there’s a family in our driveway”. It’s a family of Wilson doppelgängers dressed in red robes holding hands.

Us is a film that is littered with metaphors and I’m certain that I haven’t figured out all of them.  In fact, the film paces in a fugue-like state with bewildering occurrences that don’t particularly connect with the plot, but instead linger there for the viewer to try to unpack for themselves. For example, there are rabbits that exist within the framework of the story. In fact, when the movie smash cuts to its opening titles, it shows a close up of a caged rabbit. What exactly do the bunnies represent exactly? This is a question only to be solved by a group of Reddit detectives.

Then there are the doppelgängers themselves, which sort of come out of nowhere. They stand still holding hands formed like paper doll cutouts. What exactly does this represent? No spoilers here, I promise, but in the trailer of the film there is a man holding a sign that says, “Jeremiah 11:11”.

Therefore thus says the Lord, “Behold I am bringing disaster and suffering on them which they will not be able to escape; though they cry to Me, I will not listen to them”.  This could have several meanings, however, what piqued my interest about the reference is not what’s in verse 11, but what is in verse 10.

They have returned to the wickedness of their ancestors who refused to hear My words; they have followed other gods [in order] to serve them.

This could be a bit of a reach here, but I think the message Jordan Peele is sending is a horrifying look at the consequences of our actions when looking to our own selfish ways and serving ourselves. Let’s just say social media could definitely be the center of the conversation here, and that how we see ourselves in a world inundated with Instagram selfies and egocentric Facebook posts and how it brings out the worst in us. Maybe there’s a consequence of creating fake online personas and worshipping the almighty social network the moment we wake up first thing in the morning and shortly before we go to bed at night.

Lupita Nyong’o delivers one of the strongest performances of her career in this film. Her eerie doppelgänger speaks only as loud as a whisper and her words are delivered with a disjointed cadence. It’s unlike anything I’ve seen in a while and is quite memorable. Adelaide and her tethered twin play a significant role in the film, so it is something to behold when you witness Lupita’s performance.

There are some concerns about the plot there are a few holes here and there and without spoiling the movie entirely, it seems that the Wilson family are given several opportunities to escape while other characters aren’t.

This film is horror, but it does come with some laughs and incredible one-liners. My favorite was the line referring to the doppelgängers as “some kind of f*cked up performance art”.

Us is certainly a horror film that will have people talking long after the movie is over, and of course, everyone will assert their own theories about what some of the metaphors in the film mean and why Peele used them. At the core of it all, Peele just wants people talking and thinking about how he crafts his stories, and so far he’s created a masterclass out of doing so.