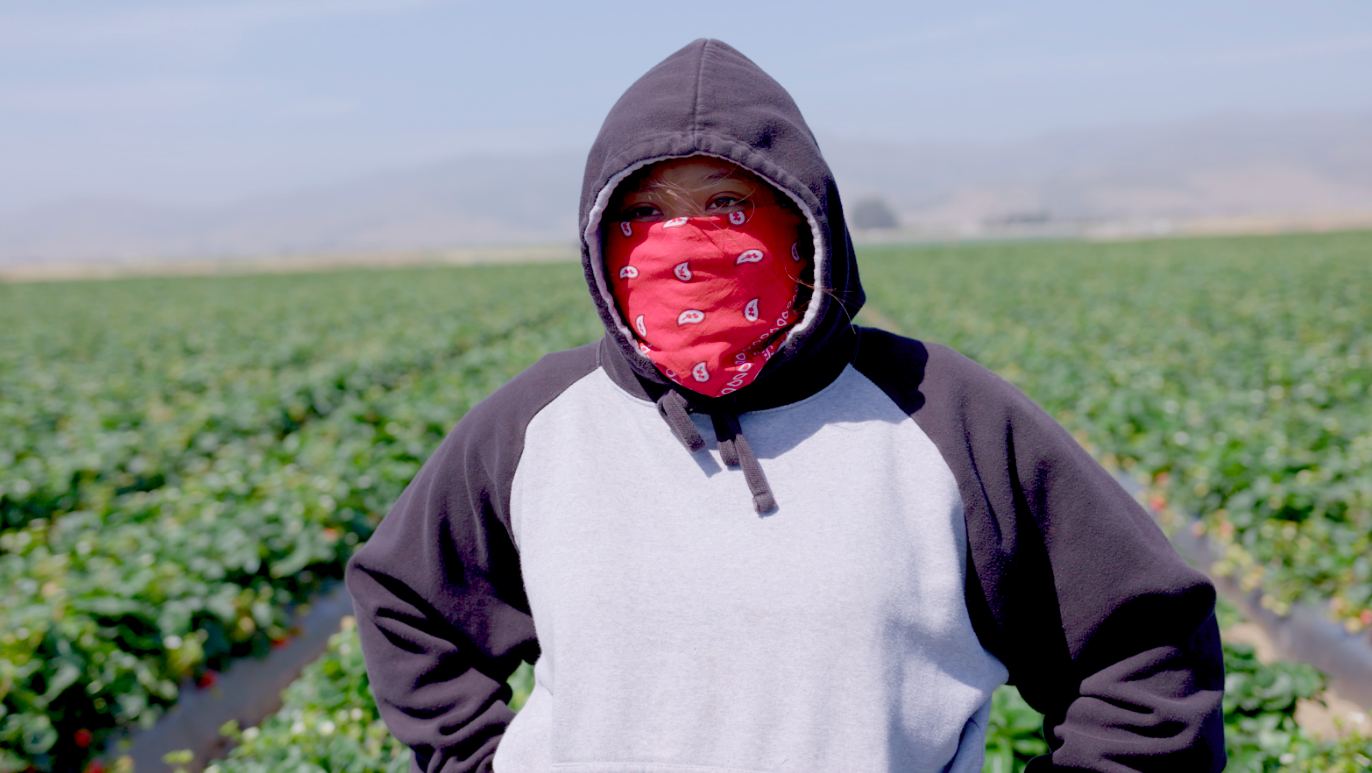 One of the most moving films in the wide selection of this year’s SXSW Film Festival is Fruits of Labor.

Set in the coastal area of California, this documentary sheds light on many neglected issues Latinos struggle with. Given the political and social upheaval that Hispanics/Latinos face in this country, it is amazing to see a documentary that humanizes and concretely showcases those who grapple with immigration status, working long hours at a laborious job, and who attempt to juggle their personal and family life.

Director Emily Cohen Ibanez and co-writer Ashley Solis Pavon have wonderfully documented one girl’s dream of being the first in her family to graduate from high school, making it to college, and hopefully one day, having the ability to stop working at the fruit farms.

The scene opens on a strawberry farm where a young woman, Ashley, is putting on her equipment to pick fruit. It is here, at this moment, where she begins to tell us her story. At the age of 15 she was working long hours in California. She comes from a long line of Mexican healers; in Spanish they are called Curandero. She lives with her three brothers and mother, and with twelve other families who all share a single bathroom. At the heart of Latino culture, the family takes priority. Ashley’s mother has given all of her kids a similar name. All of their names begin with ‘Ash’. Her mother says that “‘Ash’ symbolizes a forest of trees, with roots that firmly establish them in the US.” This family illustrates the connection that many who have come to this country feel about living in the states.

Ashley’s life is explored closely as she navigates her way through her social daily life of high school, hanging out with her friends, and home life. Ashley is a typical teenage girl who hopes to achieve her big dreams, however, working as long as she does doesn’t allow her to achieve all that she wants. Living in a roach infested home, with her brothers and mother, her life keeps getting more and more complicated. One aspect of her culture that her family emphasize is working hard and marring when they can.

This is a constant struggle that many Latinos face and attempt to juggle in their personal life. The brief moments that are given to Ashley’s mother are nothing short of amazing. She discusses her inability to continue her education because of her lack of citizenship. It is for this reason that she pushes Ashley. She works long hours at a processing plant from 10pm until 6am in order to support her family. Too often she is too tired to go to school the next day. With an uncertain future, she works hard every day in order to ensure a better tomorrow.

There is so much to enjoy from this thought-provoking film. The documentary is executed in a way that allows the viewer to explore Ashley’s life as a teen girl trying to make her way through high school. What is so frustrating about this is that these situations are still currently going on now in 2021. Many students are pushed on an academic track, despite their lack of interest in academics. What this documentary does that differs from others is that it, for a moment, gives a technical outcome. Ashley is getting her nails done and speaks with a worker about her career path. She asks good questions like the length of time required to complete the program and possible outcomes after graduation. While not everyone is interested in cosmetology; the idea that technical programs can take up to six months after starting the program to complete is something that should be encouraged. There are more options for students out there outside of the academic track and this was a plus.

Documentary filmmaking is a powerful method of storytelling. This film really humanizes both Ashley and her Latino family. With shots of her home, her family and even in the working conditions that she endures every day, the film leaves an imprint of sorrow while also giving a sense of hope. Putting a Latina on the center of this production really helps to explore the ways in which Latina women are the backbone of many Latino families. They are strong, hardworking and often help to support the whole family, and sometimes the extended family. This documentary gives them the attention they need.

If there is one film to keep an eye out for in this year’s SXSW Festival it is director Emily Cohen Ibanez documentary, Fruits of Labor. This production examines the ways Latinos who are undocumented fear the possibility of deportation and separation from their family. How those that are able to work must work constantly to help support the whole family, and the challenges that come with it while in school. For anyone who is interested in gaining perspective on the lives of immigrants who live in California, this documentary does a good job at examining the life of an average teenage girl trying to make it to college.

Fruits of Labor is currently screening at the SXSW Film Festival. The 2021 SXSW film festival will run virtually online March 16–20, 2021