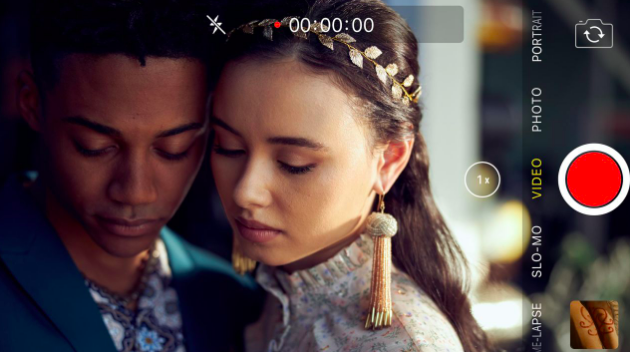 SXSW has always and continues to be a festival that brings diverse, creative, and imaginative artists from all over into one centralized location for our entertainment. This year,  the festival is online, but that does not affect the quality or the demand for this festival.

One of the most anticipated films is a reimagined Romeo and Juliet, a play by Shakespeare. In this updated revision R#J reaches the modern audiences with its use of diverse actors, technology, social media, and revised storytelling. The basic storyline remains relatively unchanged: two families at war, two lovers from different households in love, and two deaths that happen on screen.

In this modernized version, what truly stands out is its use of the self-absorbed “me” culture. Many of us find a need to document every moment of our lives and post them on social media for the world to see. In order to do this, we utilize social media and broadcast our every emotion online. This allows everyone to see aspects of our lives that we want others to see —sometimes for the better and others not so much. All this is done for our own specific need to be seen and heard.

On the off chance that Romeo and Juliet was not studied by the viewer, the story has the key elements intact, but updated for our generation. Romeo and his crew crash Juliet’s party, but in this version, Juliet is Mexican and is celebrating the life her mother had before her passing. This is a party, but it is also filled with mourning. In a sense, it is similar to Dia de los Mertos (Day of the Dead). Romeo and his friends paint their faces to represent the traditional skulls that many have come to associate with Mexican culture. With their face painted and disguises on, they document their experience and air it for their followers.

The director of this creative vision is Carey Williams. Writer, editor, and director just to name a few things he does, he continues to astonish the world with his works. R#J is his full-length film, and it does not disappoint. In this work, he has collected a large number of actors of color. The cast includes talents like Romeo (Camaron Engels), the brilliant Juliet (Francesca Noel), the brave Mercutio (Siddiq Saunderson), the colorful Benvolio (RJ Cyler), and the helpful Nancy (Maria Gabriela de Faria). My personal favorite is Diego Tinoceo (Tybalt). His performance in On My Block is nothing but wonderful, and this production is no exception. As Tybalt, he is just amazing. He not only captures the essence of the character, but somehow manages to make this character seem more relatable than maybe even the titular characters.

What William and his writers have done here is nothing but a plus for diverse actors. This retelling stars two families, Montague and Capulet, Brown and Black families feuding with one another. The language used is mostly derived from the original text, but it has modern words sprinkled in both the spoken word, as well as in the written forms that show up in the social media posts like Instagram.

In the opening scene of the film, Romeo turns on his camera phone and is attempting to take a few photos to find the perfect snapshot to send to Rozaline. Comedically, his first few attempts bomb, but soon after he finds the perfect one and sends it along with a message. Romeo’s crew is soon introduced in a creative mashup filled with pictures and music. This is soon followed with Juliet’s own mashup. This is not only imaginative but is a great way to introduce characters while keeping it lively.

While there are a lot of great things to enjoy about this film, there is one major concern. The writers take creative liberties when it comes to the original work. This is not in and of itself a bad thing, and often these creative differences impact the work in great ways. However, the teacher in me feels that the ending is something should have remained untouched. The leadup to it is innovative, but what it loses is what made the play so magical. The ending is surprise I wasn’t ready for. It seemed to scream PSA more than anything else.

The overall film is entertaining from start to finish. With great music, dance moves, a party, and a love interest, what’s not to enjoy? This re-imagined work proves that Shakespeare’s stories are still as relevant in today’s time as they were when they were first written, proving that love is still a powerful force to bring people together across all walks of life.

Sundance 2022 Review: ‘Emergency’ Takes Us on a Series of Misadventures