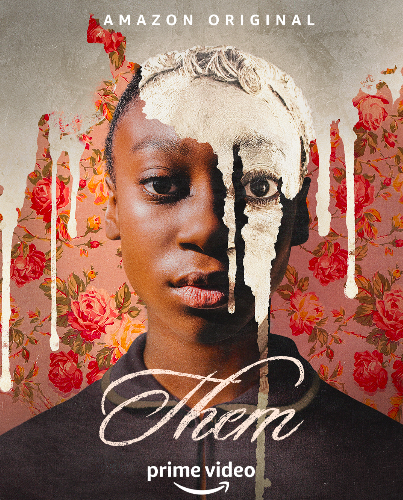 It’s pretty clear that the Black horror genre is having a renaissance, and it is more than just a moment.

This has become a new landscape of storytelling from Black filmmakers featuring Black leads that many audiences haven’t quite experienced before.  Although the Black horror genre has had its place in cinema long before Jordan Peele’s Get Out, it’s clear that a new wave of these stories are hitting both the big and small screen more than ever before.

The kind of racial overtones turned into terrifying plot devices used in Get Out is what audiences can expect to see in Them, but this kind of horror is far too real. From Little Marvin and Lena Waithe, Them is a limited anthology series that explores terror in America. Set to premiere on Amazon, the first season, in 1950s Compton, centers a Black family who moves from North Carolina to an all-white Los Angeles neighborhood during the period known as the Great Migration. The family’s idyllic home becomes ground zero where malevolent forces, next-door and otherworldly, threaten to taunt, ravage and destroy them.

Them is cloaked in mystery and intrigue. There are a number of elements happening to each of the characters of the series. As the family of four traveling cross-country for a better life (as many Black families did at the time), the Emory clan Henry (Ashley Thomas), Lucky (Deborah Ayorinde), and two children Ruby (Shahadi Wright Joseph) and Gracie (Melody Hurd) set their sights on a life just a little less racist than the Confederate South. However, what is in store for them as the only Black family in this small Compton, California, suburban town is where their nightmares are about to begin.

The story intercuts with flashbacks of the past, a past that haunts Lucky in particular, who suffered from a tragic loss that replays like a broken record in her head. This loss is what has caused a fracture in her psyche and has had a significant impact on her mental health. Lucky begins to see visions of the past that look as if they are happening in the present.

Deborah Ayorinde’s character is the linchpin to this story because it is through her mind, as she is trying to place the pieces of the puzzle together, we, as the audience, are trying to figure that out along with her.  This also leads into the terrorism Lucky and her family undergo from their white neighbors and how she responds to it.  Betty Wendell (Allison Pill) leads the charge among a legion of white Stepford wives to push the Emorys out of “their” neighborhood. And when one of her girlfriends decides that she and her husband will move out directly as a result of the Emorys moving in — our first glance at white flight — this infuriates Betty even further to harass the Emorys to no end.

Meanwhile, as Lucky and her children are dealing with the stress of having horrible neighbors, Henry is trying to fit into his new engineering role at a predominantly white company where the only Black employees work in custodial positions. He undergoes racial microaggressions from his boss and even being dismissed as an engineer his first day showing up at the office. Sadly the racism doesn’t end there for the Emorys, as Ruby is also being bullied by her nasty white classmates in school.

Little Marvin and Lena Waithe’s Them becomes a conundrum from one episode to the next.  It’s clear that this is a puzzle that the creators are slowly trying to get the viewer to solve as each scene unveils each character’s development and story arc. The social issues very relevant to our current climate as well as historical racial issues permeate throughout this narrative. It will be intriguing to see how this story unfolds and who will ultimately become the victor and the victim in this sobering reality of a horror series.

The first two episodes of Them are currently screening at the SXSW Film Festival. The 2021 SXSW film festival will run virtually online March 16–20, 2021