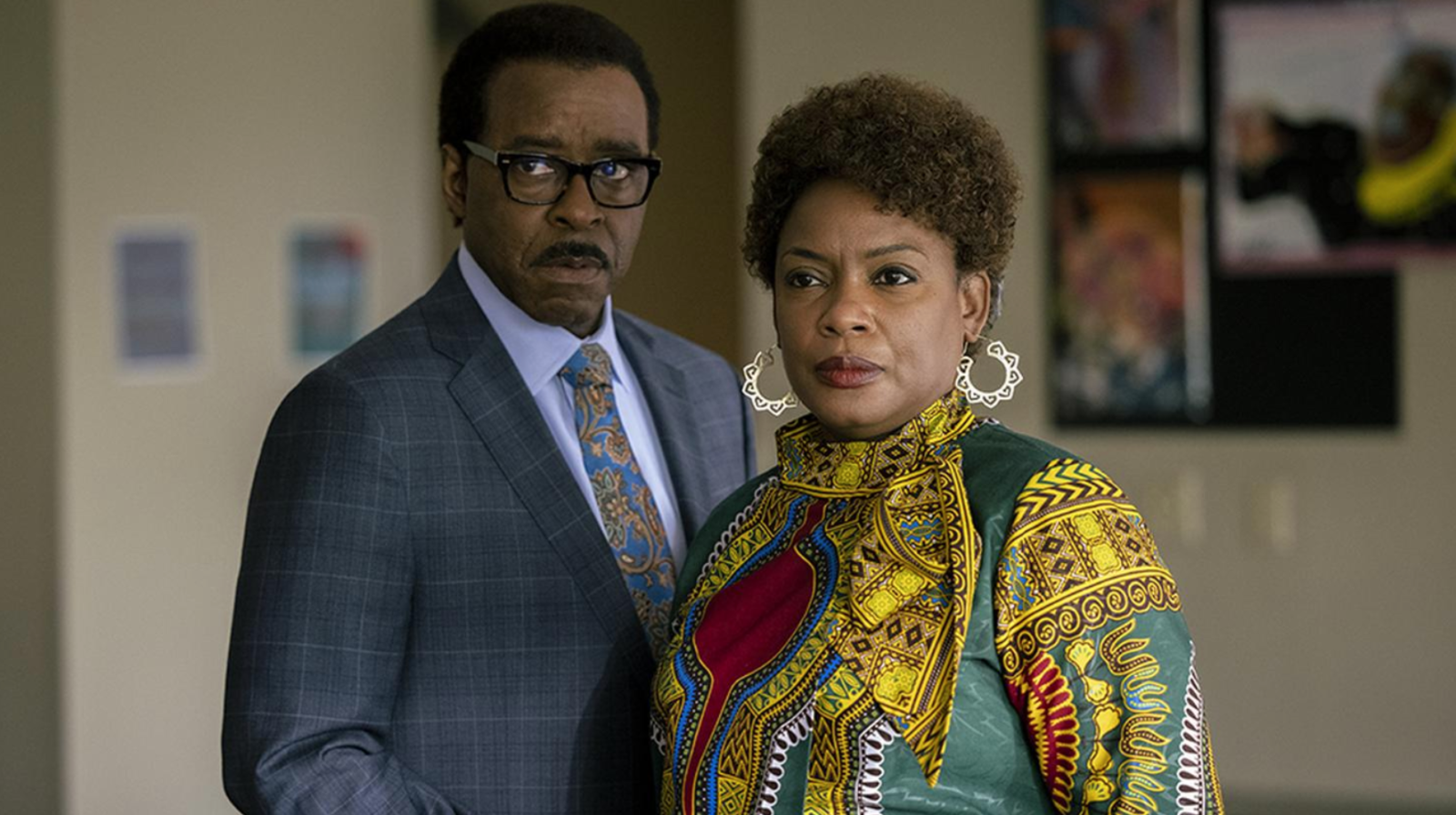 The Chicago criminal justice system is under a microscope in the new thriller 61st Street which premiered at the 2022 SXSW Film Festival. 61st Street is an episodic series from AMC Studios produced by Michael B. Jordan under his Outlier Society banner and also includes producers Peter Moffat, J. David Shanks, Alana Mayo, Jeff Freilich, and Hilary Salmon.

Police corruption and illegal collusion on the city streets have run amok in Chicago. Particularly on 61st street, where this setting takes place. College track star Moses Johnson (Tosin Cole) is wrongfully accused of killing a cop one fateful day. Sadly, this is yet another case of an innocent Black man being at the wrong place at the wrong time. When corrupt cops hastily seek justice for their fallen colleague, they immediately hunt down Moses and accuse him of a crime he is not guilty of.

Chicago law enforcement aggressively enters the home of his mother Norma (Andrene Ward-Hammond), and plants drugs in her home. The circumstances surrounding the death of the cop happened during a drug sting, and the cops decided to paint Moses as a drug dealer to prove that this was yet another drug dealer on the streets that was trigger happy towards the men in blue. Moses does what he knows best — to run like hell. Using the former half of flight or fight mode, Moses runs and goes into hiding, but this lasts only a short while.

Although Chicago is a big city, this neighborhood is a small town, and many residents know each other. It just happens to be that Moses’ family is known by public defender Franklin Roberts (Courtney B. Vance). When Franklin and his wife Martha (​​Aunjanue Ellis) find out about Moses being accused of killing a cop, they know for certain this is not true. Franklin, who was on the verge of retirement, decided to take one last case before he ends his career as an attorney. There is another complicated matter that plagues Franklin, he’s suffering from a recent health diagnosis — cancer. While his health hangs in the balance and he keeps secrets from his wife Martha about his condition, the clock ticks for both Franklin and Moses.

61st Street is a heartfelt drama and can get pretty dark. It’s also quite triggering for many of us who have seen police brutality on the news or experienced this directly from law enforcement. Screening the first 4 episodes of the series for SXSW, the series doesn’t offer anything unique to the genre and is pretty formulaic at times. Cop corruption, judicial injustice, and racial profiling are all of the themes presented in the show. This is no different than any other series about the intersection of inner-city life and law enforcement. However, there are refreshing aspects to seeing the strong performances of Courtney B. Vance, ​​Aunjanue Ellis, and Tosin Cole.

Starting with Vance, his character Franklin is lifting the weight of being the father of an autistic son (Jarell Maximillian Sullivan), battling a chronic illness, and working as a detective on a case that no one but him wants to solve. Franklin has a tough road ahead of him, and with all of these barriers in his way, as a viewer, you can’t help but want to continue on this ride with him and see where this will end up. As for Ellis, who is currently nominated for a Best Supporting Actress Oscar for the film King Richard, she’s also quite stellar to watch. Martha is a woman who is an activist in her community. She is angry about how Black people are being treated during welfare checks by cops (this makes sense since her son is autistic) and wants to defund the police and invest those funds in education. She, of course, is met with resistance from white members of the press who disagree with her beliefs.

Although she is very passionate about her activism, she does show some restraint in speaking publicly and needs help to get some confidence to speak up and speak out. And although her husband Franklin is keeping his health crisis a secret, Martha is quite intuitive and does sense something is wrong. It’s pretty clear she will find out sooner than later what is really going on. There’s interesting chemistry brewing between this married couple, which again leaves the viewer intrigued enough to stay along for more episodes. Finally, there is Tosin Cole, who plays the protagonist of this story. Like Moses, a dichotomy is unveiled between his straight-laced persona as a college student and the hard shell he has to put on when he’s placed in situations that turn out to be a threat.

61st Street is not the most compelling story because we’ve seen this play out before, but its impressive ensemble of actors is enough to keep you engaged. Their character development and how the events of their lives play out will leave you curious enough to want to know what’s going to happen next.

61st Street will air April 10 at 10pm on AMC, with the first two episodes streaming on AMC+ and ALLBLK