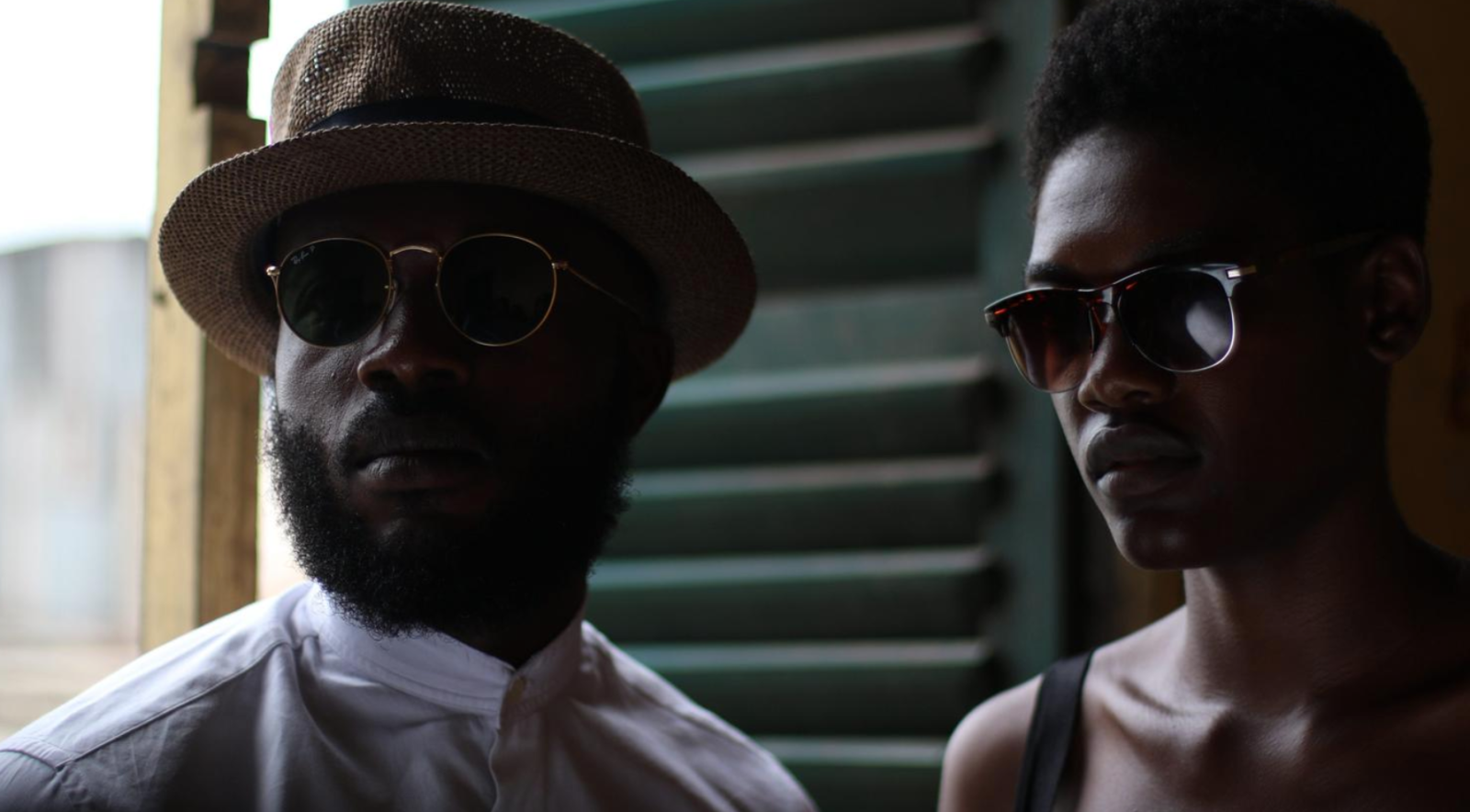 In the main plot of the Ghanaian film, Public Toilet Africa (Amansa Tiafi), Ama (Briggitte Appiah) returns to the city where she was gifted to a white art dealer as a little girl seeking revenge. Ama enlists her old lover Sadiq (David Klu) to help her settle the score. This takes the couple on a road trip across Ghana in a bright red Nissan pickup truck. Public Toilet Africa (Amansa Tiafi) is technically gorgeous but the multiple storylines are confusing, and it’s hard to figure out what this film is actually about.

Writer/director Kofi Ofosu-Yeboah does a fantastic job of creating characters who are instantaneously compelling. I immediately wanted to know more about every single character and where they fit in the film. The film opens with charismatic career politician Honorable-Honorable, (Dickson Owusu) on the campaign trail with three dancing boys in blue and white body paint and striped-black shorts. Honorable-Honorable charms the people with promises through a bullhorn. He entertains with music and dance while his dancing boys pass out free bags of free cassava, rice, and eggs to the hungry. Throughout the movie, Honorable-Honorable campaigns on the promise of free public solar toilets on every street corner.

Former police officers turned alcoholic palm wine thieves Kwaku (Brimah Watara) and Atta (Ricky Kofi Adelayitar) is the second hilarious duo we have the pleasure of meeting. They’ve fallen asleep on the bus and end up in Ghana’s bustling capital city Accra, by accident. The inebriated men talk their way into getting free tickets to their original location from the ticket agent.

Throughout the film writer/director Kofi Ofosu-Yeboah invites us into areas of Accra, revealing local nuances of the culture that wouldn’t be seen by the average tourist. The film is a feast for the eyes. Every frame includes spectacularly stunning aspects of Ghana’s diverse landscapes and people, making the film easy on the eyes, and the soundtrack is an afrobeat lover’s dream. I loved the music so much I was compelled to watch the majority of the movie while standing so I could dance to the music.

There were moments when I was watching this film that I was mesmerized. It transported my mind to a different reality in a way that can only be done in films. I loved the visual transitions captured in this film. The men bring colorful fishing boats onto the beach by hand, crane shots of characters walking through neighborhood courtyards with multi-colored laundry drying in the sun, and glorious open market scenes with a beautiful cacophony of dark brown people bustling through the vibrant midday sun. Public Toilet Africa (Amansa Tiafi) truly is a visual work of art but the multiple plots have compelling builds without resolution.

Characters are introduced with detail only to disappear from the film, which left me wondering, where did they go? What happened? Instead of using flashbacks, Public Toilet Africa (Amansa Tiafi) uses narration voiceover to weave the scenes onscreen to give the characters backstories, which is effective most of the time but isn’t consistent. As Ama reorients herself to Accra, the camera takes in the environment skillfully to tell multiple visual narratives. The main plot with Ama and Sadiq was strongest. It had an interesting build, but the ending was unfulfilling and predictable. It almost seemed like writer/director Kofi Ofosu-Yeboah felt he had to tie up the ends quickly.

As the director reveals the inner workings of public bathrooms and showers, we hear a voiceover of the politician Honorable-Honorable telling the people not to accept poverty and that he will advocate for free public toilets, yet he’s running for re-election. Shouldn’t his administration have already created the change he’s advocating to be elected to bring?

The irony of Honorable-Honorable hypocrisy is the director’s commentary of how the political system works in Ghana. The situation is left hanging like a pair of untied shoelaces. Other than Honorable-Honorable’s promise, there isn’t really any reference to the actual sanitation issues a large amount of the population in Ghana faces.

After watching the film twice, I’m still not clear on why the title is Public Toilet Africa (Amansa Tiafi). Storytelling shouldn’t be this hard to follow. Perhaps this film would have made more sense if it were an anthology film. The cinematography and characters are compelling, but as a feature film, unfortunately, Public Toilet Africa (Amansa Tiafi) doesn’t do a good job at telling a clear story.