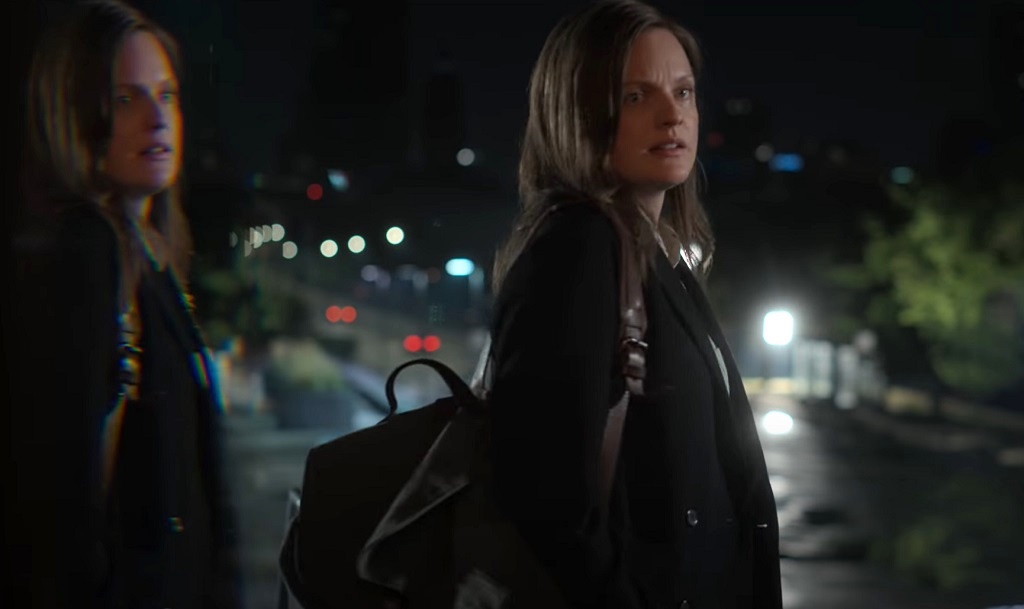 In 1986, Kirby Mazrachi (Moss) survived a vicious attack on the beach that would forever alter her life. Six years later, the mutilated body of a woman is found with similar injuries, which means it could be a copycat or that it’s the same man who attacked her. She teams up with relentless Chicago Sun-Times reporter Dan Velazquez (Wagner Moura) and the two set out to make the connection between this case, along with other cold cases, and Kirby’s attack.

Since her horrific night on the beach, significant details about Kirby’s life constantly change on a whim. Whether it’s her appearance, her home, or the location of her work desk, nothing ever stays the same. Kirby spends years experiencing this jarring, unexplained shift in time. Is she just losing her sanity? If she is, then we’re along for the ride.

Dan is a seasoned reporter with a reputation for self-sabotage, but considering Kirby’s own struggles, whether or not he’s “got it together” doesn’t really concern her or their case. He’s the only person who takes her seriously. For someone who isn’t sure about their own sanity, that’s the best thing he could give her. While Kirby’s mother Rachel (Amy Brenneman) and the police acknowledge the near-fatal attack, the subsequent trauma is not something people can fully understand, including Kirby herself. Every day she’s trying to make sense of the nonsensical, which is enough to unnerve anybody.

We hear it in a lot of crime shows and documentaries that “not knowing what happened is the worst feeling.” It’s usually referring to a missing person or an unexplained death/unsolved case. But for Kirby, she still lives in the city where a stranger almost killed her and was never caught. Moss told Deadline, “Kirby’s trauma has to do with the fact that she can never know exactly who it was that was a part of her attack.”

The series features two other important characters — Jin-Sook (Phillipa Soo), a bright young woman in the research department at Chicago’s Adler planetarium, and Harper (Jamie Bell), the mysterious loner with an unsettling presence. Both have strange connections to Kirby that are slowly realized throughout the first half of the series.

One of the most powerful quotes from the series is Kirby saying, “He’s everybody. He’s nobody. He’s all the time.” We don’t get answers right away because she herself doesn’t have the answers. This story is told from Kirby’s point of view and how the trauma of the attack completely re-shaped her perception of reality. Some scenes are confusing and disorienting, but that’s also how she is experiencing it.

Setting the series (as well as the novel) in Chicago is a great choice because even though it’s a metropolitan city, it’s still relatively small in comparison to New York City. It’s more claustrophobic. With her ever-changing surroundings and circumstances, it fits very well.

Though still relatively new to the streaming game, AppleTV+ has already established its own style. Their films and television series are very sleek, with gorgeous cinematography. Pair that with foreboding music and actors/filmmakers of a high caliber, and the result is the visually stunning, cinematic Shining Girls. Author Lauren Beukes gives the series her seal of approval, saying that it stays “so true to the bloody heart of the book while being entirely its own thing, as a good adaptation should be.”

Something I love about this story is that Kirby isn’t a homicide detective. That seems like the common narrative in the crime drama genre — a detective with a troubled past lets their personal demons get in the way of their job, but they do the job so well that people still put up with it. In this case, she’s an archivist in the basement of the Chicago Sun-Times. She had aspirations to be a reporter, but the trauma of the attack got in the way of her career goals, as you would imagine. And while she’s good at her archivist job, she proves to Dan and the rest of the newsroom that she needs to be a reporter.

Shining Girls features an outstanding ensemble cast who play incredibly nuanced, interesting characters that will draw you in. The blended genres make for a thrilling viewing experience that will leave you still processing the events that unfold in each episode. Fans of true crime and murder mysteries will love the show for the classic whodunit elements. But the more surreal aspects will attract an audience that is partial to mind-bending thrillers. It’s a mystery that you’re dying to solve but that you never want to end.