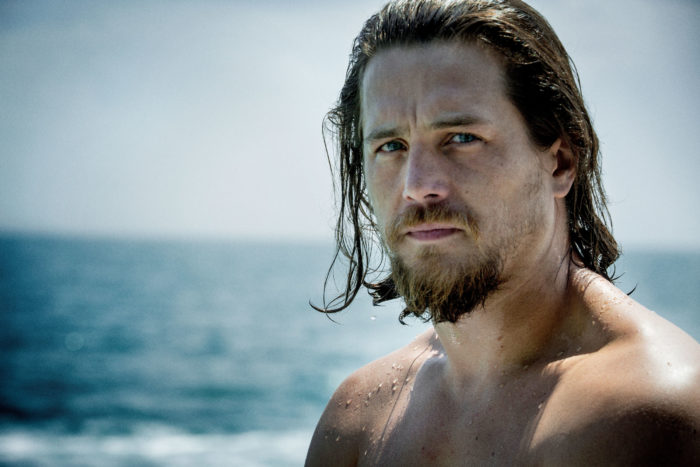 Animal Kingdom is an American drama television series inspired by the eponymous 2010 Australian film by David Michôd. The series follows a 17-year-old boy, who, after the death of his mother, moves in with the Codys, a criminal family clan governed by matriarch Janine “Smurf” Cody.

BGN caught up with the former Vikings star about his role on Animal Kingdom, his SXSW experience, and what he likes to do in his spare time. 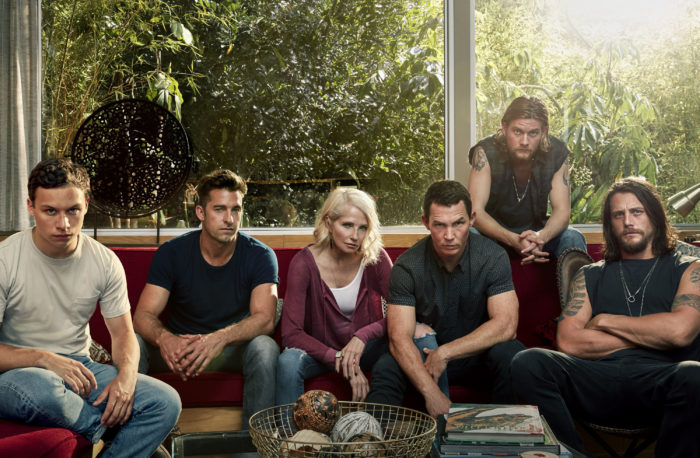 Ben Robson: Thank you for having me.

BGN: Thank you for joining us. So for people that don’t know too much about Animal Kingdom, tell us a little about the show and what separates it from other shows and stories out there about crime families.

Ben Robson: So Animal Kingdom is about a dysfunctional crime family in the underworld of Oceanside which is just north of San Diego. There are four brothers who live together under the matriarchal character Smurf, played by the amazing Ellen Barkin. And what happens is her sister dies of an overdose and her nephew, Jay, has to come into the family and starts learning about this whole new world that he enters, our ways and motivations and the way that we live, which is obviously a pretty different way to how he has been brought up. Then you kind of see the whole show through his eyes. How wild and crazy and weird and fun we all are at the same time.

Ben Robson: I love it here! I was very spoiled in terms of coming to Austin City Limits last year.

Ben Robson: I had a great time, I got to see a lot of bands that I wanted, so I got to go on the boats down on the lakes and had that experience in lovely warm weather.

BGN: And what are you most excited about the upcoming premier of your show?

Ben Robson: Honestly, I am just super excited for people to see it. I think it is a really explosive entry into the season. It carries on basically straight on from the end of the first which was a very poignant ending and then we have a beginning to the next, which is the development of the fracturing of the relationship with Smurf and all the boys finally getting what they wish for. Trying to prove that their sort of the man and they are capable and have to start taking a lot more responsibility for their actions. Its really fun to watch it all unfold as it goes on. It gets darker and more twisted, more crazy. It should be fun to watch. 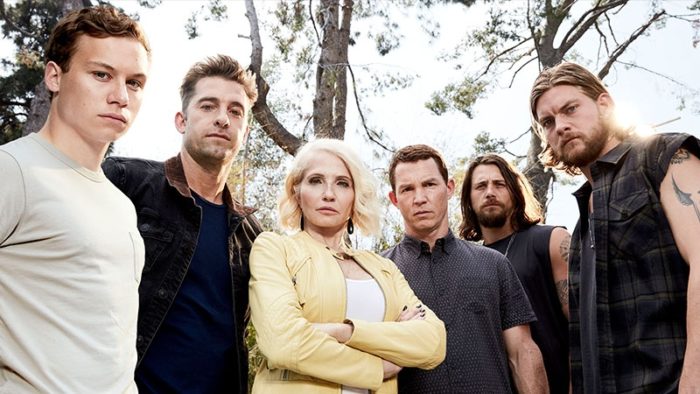 BGN: Your character is a bit of an adventure junkie.  That’s putting it mildly!

BGN: So tell me a little bit more about him, about your character Craig.

Ben Robson: Yeah, he is that guy that you always want to be around on a night out or that sort of guy that is up for anything and someone you want to be around but maybe not live his life. He acts on impulse. He doesn’t really tend to question things till afterwards, which is what he has to get himself out of in these predicaments that he has got himself in. He definitely has an addictive personality of chasing adrenaline and the next rush. Whether its sex or drugs or motorbikes or any kind of extremity is the way that he lives. It’s a lot of fun to play. It’s a a lot of fun to watch. And you know, I don’t think any one is reigning him in anytime soon. There is some part of this season where he realizes that he has to start taking on more responsibilities. So you will definitely see a new side of Craig that hasn’t been seen before, which I am excited for people to see.

BGN: I am glad you said that because I was going to ask you would you like to hang out with your character on a Saturday night?

Ben Robson: I would love to hang out with him on a Saturday night. I’m not sure I would want to try and keep up with him or maybe even help put him to bed. But I don’t feel like he is someone who needs that help anyway.

Ben Robson: For sure, I would love to. It’s always fun being around people who are free and spontaneous. You definitely have the most interesting stories and night and experiences with people like that. I think with Craig Cody, that is essentially what you are going to get every time.

BGN: What’s the most spontaneous thing you have done?

Ben Robson: Probably quite a few. Seeing as we are in Austin, I came to Austin City Limits deciding, I think within two hours of getting on the flight. I was out at a bar, booked my flight and I think I left the bar at two and I was on a plane at five a.m. and flew over, so that is one I could think of since we are in Austin. But there has been a few moments. I went to acting school without really telling anyone. Arrived in New York and didn’t even have anywhere to stay. That was another spontaneous one. Luckily it all worked out, but there has been a few moments.

BGN: Yeah, I noticed things are like that sometimes when you just put it on the line. If you are going after something the universe finds a way of making it all work out.

Ben Robson: That’s right, you got to put it out there and it will reward you.

BGN: Yeah put it out there! Definitely. So what do you like to do in your spare time?

Ben Robson: What do I like to do? I love surfing, which I have been doing a lot recently. Motorbikes, I’ve gotten into. I just got my own bike.

BGN: This show is perfect for you.

Ben Robson: So yeah. Well this show definitely got me into a lot more of the stuff I wanted to do, so that’s been great. I love reading. And hanging out, seeing people, enjoying being with people.

BGN: You like to read? What is your favorite book? It’s hard to pick one sometimes.

Ben Robson: Recently, The Alchemist was great. Shantaram was an amazing story. Shadow of the Wind, which I read, is another good one. Yeah, when you get a good book, it’s great. I mean, I also love watching movies and the rest but there is something about creating the whole world off the page. I find it super interesting, which I guess is kinda similar to acting. You get the script and you find your world. 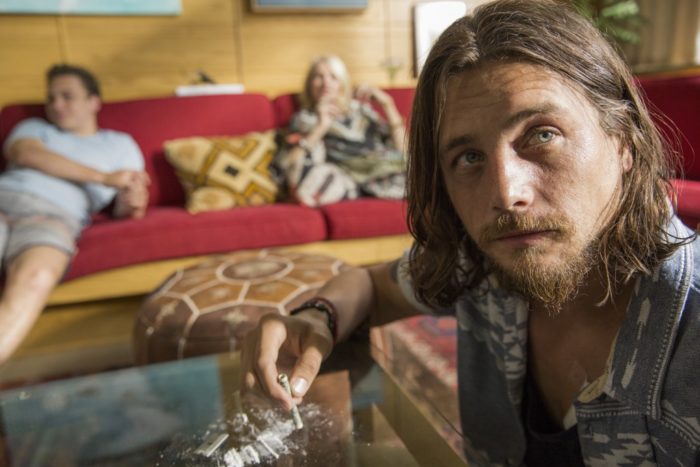 BGN: So in regards to Animal Kingdom, how do you prepare for your role? What do you do to get in the zone to portray your character?

Ben Robson: Honestly, I think for me it was trying to get that aspect of freedom and spontaneity with Craig. And really pushing myself to do stuff that I have always wanted to try but then pushing it that to extra limits. So even on the bikes when its something I shouldn’t really be doing in terms of filming but then it’s like Craig Cody would do this and then, its amazing, you start pushing yourself further and you get that reward. As you were just saying. You put yourself into places and test yourself more, you don’t get that edge to push it that little bit further. I think for me that was a huge entry point into finding out who Craig was. I have read a lot of books about South Cal and try to really understand Oceanside and the area. In that kind of aspect and really just that surf culture. It is such a strong element of California and this family and the way that they live. It has a huge history of what’s become huge in skateboarding to surfing in today’s community. Yeah, there are a few entry points.

BGN: So if you were to describe Animal Kingdom in three words, what words would you use?

BGN: So you know, we are Black Girl Nerds, so I have to ask you, what is one thing that you geek out over, that you nerd out over?

Ben Robson: What am I nerding out over at the moment? I love anything that makes my life easier, so when the brand new iPhone comes out, it’s pretty great. Any app that gets me through from one thing to the next–new laptop, new iPads. I am kind of really digging Spotify at the moment. I loving moving playlists around. That’s what it is, isn’t it. Trying to find all these things. New video games, no virtual reality. I just did that for the first time the other day, that I would definitely geek out on.

BGN: Awesome, well thank you so much for talking to Black Girl Nerds! We look forward to the premiere of Animal Kingdom.

Ben Robson: Can’t wait. Lovely to talk to you.

The TNT series returns for season 2 on May 30th.