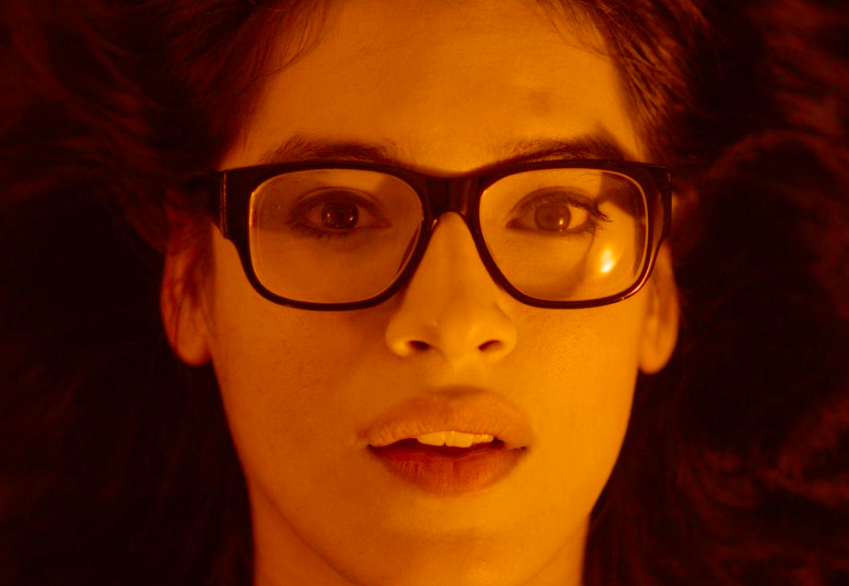 The year 2018 was the deadliest year on record in the USA in terms of violence against trans women of color in particular. It is in the context of this ever-increasing homophobic violence against trans folks that we meet Tina Carrera (Carli Guevara), an undocumented Mexican transgender woman living in New York with her Abuela Eliana (Miriam Cruz). Tina is a black-cab driver — the unofficial non-Uber/Lyft taxis that provide an affordable alternative to yellow cabs — who owns her own sedan and provides for Abuela. While Eliana and Tina are indeed close, Tina’s gender identity is something of an open secret between them and is one of the few things that causes in-house tension. Eliana insists on deadnaming and misgendering Tina, who brushes it off as best she can. From this starting point of an interpersonal family drama, The Garden Left Behind director Flavio Alves beautifully explores Tina’s life and complicated journey toward transitioning.

Tina’s weekly visits to Dr. Cleary (Ed Asner) explore the various questions surrounding her gender identity in order to determine if she qualifies to transition at all. While Dr. Cleary is compassionate, empathetic, and firmly on Tina’s side, Tina’s impatience at the long process often impedes her ability to open up to the doctor who is pivotal in helping her. Her best friend Carol (Tamara M. Williams) encourages Tina to do the process right just as she did. The risks of transitioning under the radar are too risky, Carol insists and keeps on Tina to stick with it even if it’s happening slower than she’d like.

After another frustrating session with Dr. Cleary, Tina meets her crew for drinks and to debrief. When Carol shows up, she’s shook. One of their friends, Rosie, had been beaten almost to death while in custody of the NYPD. Carol decides it’s time to mobilize not just the trans community, but join forces with #BlackLivesMatter and other activist groups to rally around Rosie and all the trans folks who are abused regularly. At first, Tina hesitates to get involved in something so public, especially since she is undocumented, but she soon finds that she has a talent for activism and feels good standing up for her community and herself.

Filmed in a beautiful kind of documentary portrait style even though it is technically fiction, The Garden Left Behind doesn’t only focus on Tina’s story. Chris (Anthony Abdo) is the shy and sexually confused clerk at the bodega where Tina does most of her and her abuela’s grocery shopping. Chris is on the baseball team, and his teammates are openly homophobic, often using slurs when talking to and about each other. The kind of toxic masculinity that seems to always go hand and hand with jocks. Chris internalizes all of this vile and violent anti-LGBTQ rhetoric, as he struggles with his feelings for Tina. This inner conflict has explosive and heartbreaking consequences that sadly reflect the reality for trans folks in America today.

The Garden Left Behind features all trans actors in trans roles for once. The next time a casting director wants to cast a cisgender person in a trans role, I’d like to point them straight to this movie. The actors are so talented, so beautiful, and so real. In particular, Carlie Guevara as Tina absolutely captivated on screen. I could not take my eyes off her. Her face is so expressive and open, I felt like we were old friends rather than an actor I was seeing only for the first time. I could read everything she was saying even when she wasn’t saying a word. Gorgeous performance.

Similarly, Tamara M. Williams as Carol and Ivana Black as Amanda stole many of the scenes they were in. They were funny, and fierce, and brought so much to the table. There is a powerful scene between Amanda and Eliana, where Eliana asks why “Antonio” is doing this to “himself”. Amanda replies, “Instead of asking why Tina is doing this, ask whether she is happy.” This compassionate piece of advice and gentle bit of education took my breath away.

I also need to mention Amanda Rodriguez as San Francisco activist Lily M. Villahermosa, who gave an electric and kinetic monologue as she led the first organization meetings for the #WeAreAllRosie campaign. Stunning work across the board. And what happens when you hire trans folks for trans roles. The art becomes real.

Miriam Cruz as Abuela Eliana could have turned into a caricature of a Mexican grandmother if not for the nuanced writing by John Rotondo and director Flavio Alves as well as Cruz’s intense and authentic performance. The love Eliana has for Tina is often overshadowed by her confusion about her gender identity and choices, but ultimately all she wants is Tina’s happiness. The cross-cultural dynamics here needed a tender touch and gaze, which between Cruz, Alves, and Guevara’s work comes across with a poignant level of realism that made The Garden Left Behind feel like much more than “just” a movie.

We live in an unfortunate world where far too many people will not acknowledge trans folks as human. If there were more films like The Garden Left Behind, in particular with its focus on casting actual trans folks for trans roles, maybe it wouldn’t be so hard for the prejudiced to recognize our common humanity. Everyone in this film, and trans folks, in particular, are struggling to find their joy and discover the truths about themselves. They are seeking wholeness, connection, and ultimately to be seen and loved for who they are. If these aren’t the most human of desires then I don’t know what is. And I wonder about the lack of humanity in those who would seek to deny trans folks of whatever kind of life they would like to build for themselves. Unequivocally, trans people are not the problems in our society. Bigots are. The Garden Left Behind compellingly (and devastatingly) brings this point home.

One day there will be no need for stories about violence against trans folks and we can just watch them living, loving, and being amazing. But until real-life violence against this community stops, we must say their names and remember what they are up against by simply existing in the world. The Garden Left Behind is a vital piece of social justice cinema and a testament to the pain, strength, and resilience of the trans community in America.