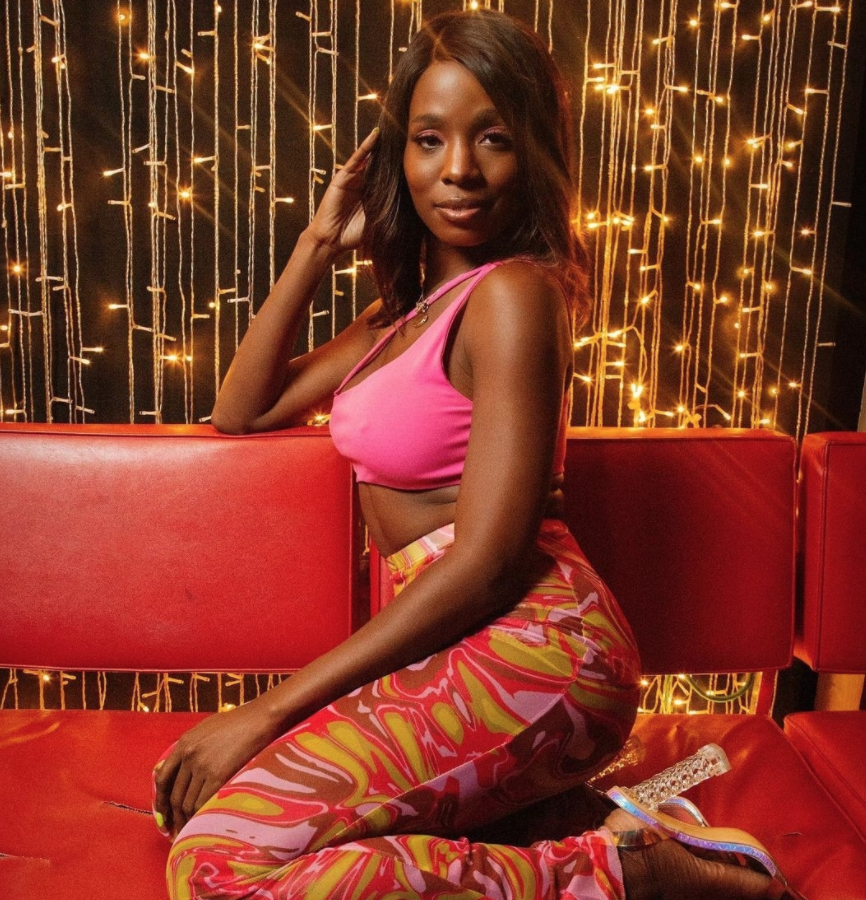 “I’m super relatable but also very, very beautiful,” Sydnee Washington jests as she runs her fingers through her flawless hair. She laughs afterward, a sign that she was joking, but she is telling the truth. There’s something about Washington that makes you want to be her best friend, and better yet, it makes you want to root for her.

A consummate performer since she was a child, this New York native is ready to take LA by storm. She’s currently working on her next comedy special, and she has already starred in the presentation feature for Grindr’s first original series, Bridesman.

I was able to steal a few minutes from Washington to talk about the series and her future moves.

I can’t wait to hear more about the series. Please tell our readers a little background on yourself, what your roots are, and how you got involved in Bridesman.

My roots are that I’m a comedian through and through. Starting up, just being a kid, growing up with three senior citizens, I was destined to be funny and have a particular sense of humor. I’ve been doing standup for about eight to nine years, and I think I’m everybody’s best friend in their head. When the project came about, [Creator John Onieal] was like, “Oh we love Sydnee, she’s so funny,” but also, I’d be perfect for this role because … well it is my wedding, and it’s all about me! I really feel like me and Jimmy have the best chemistry. We didn’t even do a chemistry test.”

Did you know Jimmy before then?

I’d seen him on The Other Two, but we weren’t friends. I usually know everyone in the comedy community in New York, but I hadn’t met him yet.

Were you born in New York?

I was born in New York, but right after I was born, we moved to Oakland so I could have a childhood. Then we moved back to New York when I was 13. It really was the best of both worlds. I’m very relatable but just standoffish enough to not want to give you directions!

Did you do any writing for Bridesman?

Actually nope, no writing. When I read the script, I thought it was really funny, and I knew I was going to make good choices because the script was so easy and flowed so well.

It’s very tight and very irreverent. Your character, Judith — I love that she’s a little manic. She’s basically “Reality+”; she’s “casual bridezilla” with a cherry on top. How fun was it to play that role?

I always think I’m naturally over-the-top, like that’s just me. Not enough people know that if you put a layer of “about to get married,” you turn into this person. I don’t know many women who get engaged and then you keep liking them.

We only have so many days that we get to be a hot mess.

My thing about weddings is, why does it have to be so long? We draw it out all year, and you’re constantly getting this praise, but it’s like, “Girl! We have to get you all these gifts, spend the weekend, wear these clothes — like, you’re killing us slowly!”

I love shows that have effortless diversity. In this show, we have people of different races, different sexualities, even different abilities, and it’s natural.

To switch gears a bit to your other projects, are you still doing your podcast, Unofficial Expert?

Yes, I am! Still with Marie Faustin, my best friend and a hilarious comedienne. We’ve been doing it for about four years, and we interview people who think they’re an expert in something they don’t need to be an expert in. It’s a really sly way of getting in an interview without having to be so formal.

That sounds fun. You also have one about Hobbies?

Yes, Hobby Hunter. I did one season, and unfortunately with my schedule, I won’t be able to do another one, but it was still a lot of fun considering we were cooped up in the house, and people didn’t know what to turn to. They were like, “Can I make banana bread again?” and I was like, “For the twelfth time? No sis! Find another hobby!” The podcast was helpful because people were able to find something they could get into.

How are you faring in the back half of COVID?

Listen, I want people to be out and happy, but don’t forget the pancetta is still happening! You still have to be responsible. Get vaccinated, and if you can’t, mask up — triple mask up! I want you to be struggling; I can’t do another quarantine! I was losing it.

It’s been tough for a lot of people, but things are finally starting to get back into swing. I was sad to hear you couldn’t make it to LA for the premiere of Bridesman.

Yeah, I wanted to, but I start my solo show, How to Start a Fire, tomorrow. I want to be diligent and keep running it and running it because it takes time to create a masterpiece.

Ooh. Where can we find dates? Do you have a website?

If it goes to series, would you be looking at a move?

Well darling, I am going to move to LA! Maybe the end of the year, December or January. New York is my Cheers, everybody knows my name, you can see me at any show, and you know you’re going to have a good time. But it’s time for me to elevate my career, especially with acting and writing. New York is where you get good, and LA is where you crush it!

Any final words on the series?

When I first saw they wanted to do a scripted series for Grindr, my first thought was, People on Grindr, they wanna hook up! They don’t wanna watch a show! But then we were putting it together, and I realized, you know what? They can do both! They can hook up, find their soulmate, and watch some great comedy at the same time. Jimmy [Fowlie] is so incredible; he’s a freaking star. I’m so happy to be a part of something that uplifts such an amazing actor and comedian.

It’s a great joy to see someone who has produced such amazing content on her own and be offered an elevating opportunity. Washington is ready to make the most of any situation and put her best foot forward.

You can find details about Sydnee Washington’s shows and upcoming projects via her Instagram: @justsydbw.