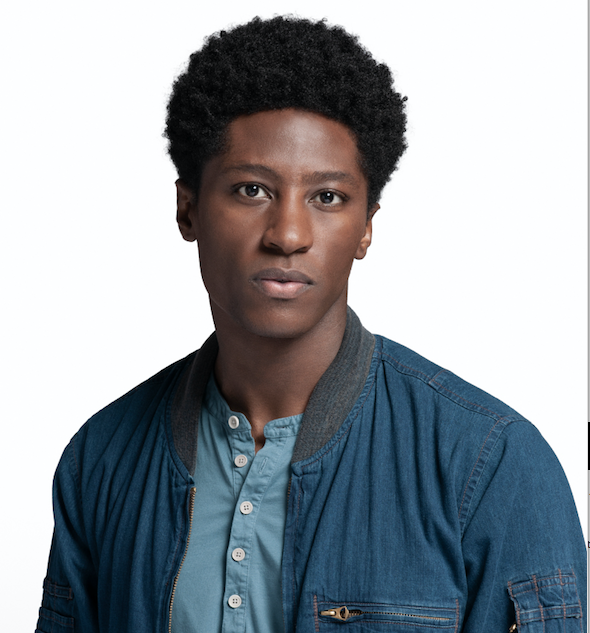 Four thousand, four hundred marginalized people from the past 100 years who had disappeared show up in the present. These 4,400 all have amnesia and are the same age that they were when they vanished. The original TV series 4400 ran from 2005 to 2007 on the USA Network. The CW has rebooted the science-fiction series centering Black and Brown folks in the time-travel narrative. BGN spoke with actor/singer/musician Joseph David-Jones, who plays Jharrel Mateo, a social worker for refugees and immigrants assigned to process the 4,400. BGN spoke with Jones via Zoom while he was on location.

The original 4400 is now a cult classic. What excites you most about being a part of this new version?

I love what they’re doing with it. There was some social commentary in the old 4400 through different character narratives, but you didn’t get to explore various concepts throughout the entire series. You had Mahershala Ali’s character, who was uncomfortable about dating a white woman because, in his time, it wasn’t acceptable. Still, it was something that [the series] alluded to, but they never really dove into any sort of interpersonal racial relations. These are issues that we’re still going through today. Reading this pilot, I instantly fell in love. It’s so wild to take this concept and use it to highlight not only different ethnic groups, but different marginalized communities as a whole throughout history. The script reflects representation in Black communities, Asian communities, South Asian communities, LGBTQ representation, and trans representation. These pseudo powerless subgroups are suddenly thrust into the 21st century and developing powers where they were once powerless. I was like, “I freaking love this. I’m in.”

Are people of color represented in the writer’s room as well?

Oh my God, yeah. Honestly, this project’s broadening my horizons. I haven’t had the privilege of working with such a diverse group of writers and actors. So there are things that I’m learning just by being on this show. That insight is enough to make me fall in love with the project. Having that authentic voice on the page, behind the camera, and in front of the camera brings the story together in such an authentic way for all of us. I haven’t seen stories like these on TV. It just feels like it’s about time, and I feel so proud to be on this show.

What’s your favorite part about the concept of time travel in 4400?

How each character deals with time travel — you see the personal ramifications of time travel. Someone had something; they had a family, they have people they love, and they come back and so many years have passed. I can’t reveal anything, but a lot of the drama and the intrigue with time travel is how, on a personal level, it affects every one of these people. At some points, it’s heart-wrenching. It’s hilarious at some points, but each person on screen has been affected by traveling through time. That’s the coolest part. I love time travel just as as a medium of storytelling.

It seems like Jharrel is a super empathetic character. What were the biggest challenges of playing Jharrel, and what parts of portraying his empathy left an imprint on you?

The hardest part that I’ve found with Jharrel is that he has gone through a lot in his life. There’s trauma, there is guilt, and the job itself of a social worker is very daunting. I spent a good amount of time talking with social workers to experience the weight of the job. A lot of the social workers I dealt with said they try not to carry baggage with them. It’s hard when you’re investing a lot of your time, like helping a person either get asylum or helping kids stay with their families, then, in an instant, their parents can get deported, and they don’t know what’s gonna happen, then they’re in a foster home. All of that weighs on you. But the most complicated part, I guess, has been trying to find appropriate moments of levity. A character who is beaten down but not broken and is trying to do the right thing is a very heavy person to play. I want people to connect with him and see that he’s not just that beaten down. It’s hard to find and to earn moments of levity and connection where you really get to see who this person is or was before everything happened.

Your career is impressive. I loved Nashville and wanted to see more of your character. You were part of the superhero universe in Arrow and in the feature film Detroit. What has been your favorite kind of role so far?

It’s funny. Each role imparts a piece of itself onto you. I carry something that I love with me from all of these characters. I loved country music as a kid, so revisiting that in Nashville was wonderful. In Arrow, I loved the fighting and the fitness. I’d say the most creatively fulfilling as an actor was Detroit. It was the first time I felt the responsibility to tell the story right. It was such a rewarding experience.

I’m diving back into music, working on an album right now that I’m hoping to, knock on wood, release around the time the show releases. I love that I’m able to freely create with music. That is just so validating, so fulfilling. Yes, I’m able to express myself creatively through this show, but so much of television, so much of acting in general, is a collaboration. Working in television is about finding the balance between like 15 people’s visions and creating something cohesive, and that works. There’s beauty in that. But, there’s something so fulfilling about just having my own creative vision executed from beginning to end, putting it out there, and hoping that people respond to it. So right now, working on the album’s bringing me the most joy.