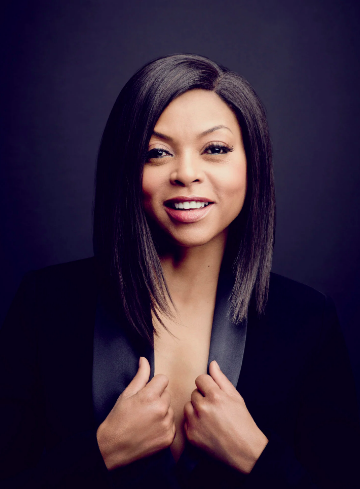 Regina King did it this past year with One Night in Miami and now Taraji P. Henson is ready to step from in front of the camera to behind the camera with her directorial debut Two-Faced.

According to Deadline, Two-Faced, written by Cat Wilkins, follows Joy, a Black high school senior whose chances to attend the college of her dreams are threatened by her wildly popular and charismatic school principal, Jerald, after she confronts him with evidence of his racist past. With the help of her friends, Joy sets out to expose Jerald for who he truly is but quickly learns that he is not above waging all-out-war against the students trying to take him down. Henson will play Gina Robinson, Joy’s mother.

In a statement from Henson:

“After two decades spent in front of the camera, I’m thrilled to finally jump behind it for my feature directorial debut! What first attracted me to this project was Joy – she is the character I needed to see in films growing up, but never had. It’s important that stories be told from a woman’s point of view and partnering with Bron Studios and the amazingly talented Tim Story – both who use their platforms to help elevate women and people of color – feels like the perfect match. I can’t wait to bring this hilariously heartfelt script by Cat Wilkins to life!”

Making its debut on Monday Dec 14th is Peace of Mind with Taraji. The Golden Globe Award-Winning Actress Taraji P. Henson and Tracie Jade Jenkins will shine a spotlight on the challenging mental health issues facing us today – particularly of those in the Black community. Through personal interviews with both celebrities, experts and everyday people, the series will show how to provide support, bring awareness and help eliminate the stigmas of mental health issues. Each episode will focus on a different mental health topic with multiple content drops per week.

‘The Color Purple’ Begins Production in March in Atlanta