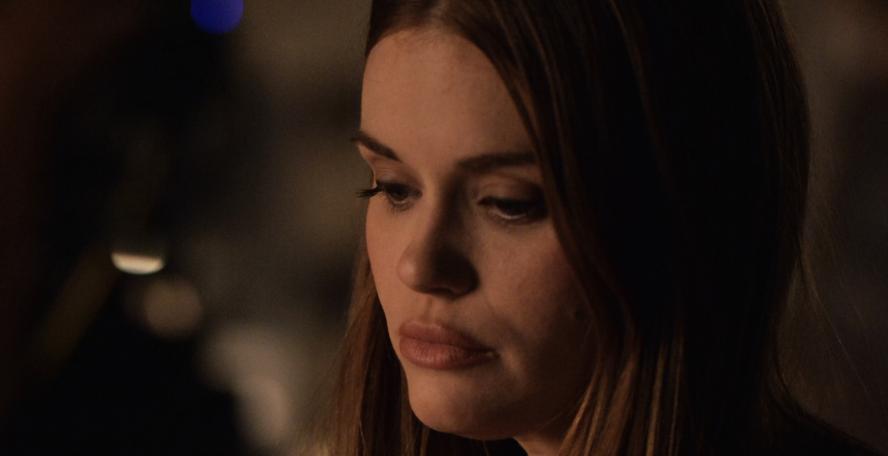 Man, I was right. The Ghost Riders are cleaning house in Beacon Hills on Teen Wolf. The super empty police station and lack of response over the police scanner are clear indicators that almost everyone is indeed gone.

Side note: I guess one way to ensure that there will be a reunion season of Teen Wolf is to send all of the characters to an alternate dimension.

One thing I’m starting to notice is how corporeal and vulnerable the Ghost Riders seem to be becoming. At the beginning of the season, they were almost ghost-like. They were solid enough to wreck shop and ruin lives but fairly untouchable. In this episode, Liam and Theo were able to run one over with a car. I don’t recall that being as possible in the first couple of episodes. I can’t help but wonder if this is going to contribute to their downfall.

In the meantime, I’m enjoying watching Scott walk down memory lane. Stiles really has been the rock of the pack from the beginning. I must admit I’m a bit biased, but my bias is warranted (in my opinion, of course). Scott and Stiles really are more brothers than friends.

Hearing Theo tell Liam that he’s only on his side as long as it benefits him is the realest thing I’ve heard someone say all season. I’m also very glad that Liam knows this. He’s really stepping into his role as a leader. Color me impressed.

I also love Lydia’s ability to think logically under pressure. She’s really had to step up as the strategist of the pack with Stiles being gone. Rather than her being like their resident professor or scientist when they need to figure out some obscure or really complex set of facts, she’s become a true problem solver. Unlike Stiles, her ability to problem-solve lies in her smarts. I love this. I love seeing such strong, smart, capable female characters.

One thing I can appreciate about the characters in this show is that self-preservation usually wins out over any personal squabbles. Liam and Theo may not like each other, but when the ambulance siren goes off they know that the Ghost Riders have made it to their hiding place in the hospital. Their arguing stops and they spring into action. *golf clap*

These Stiles memories are bringing me all of the feels.

Stiles really did bring Malia back from her animalistic nature to a human. I can see that she and Scott truly do love Stiles. But it’s obviously not enough to fully bring back the rift. I’m pretty sure Lydia needs to be the one to take the walk down memory lane.

Those darn Ghost Riders are really multiplying like ants. It’s interesting to see that Liam and Theo are able to physically fight them. I’m sure it’s because they’re werewolves, but I can’t help but think it’s also because they’ve been in Beacon Hills too long.

Prediction alert: I think the fact that The Wild Hunt has gotten stuck in Beacon Hills will contribute to the pack being able to bring everyone back and get rid of the Ghost Riders.

In the meantime, Theo and Liam are putting up a good fight with the rapidly multiplying Ghost Riders. Unfortunately, their moments of celebration are short lived until Theo uses himself as bait and pushes Liam into the elevator so he can face the Ghost Riders alone. We get to hear them take Theo. Look at that! This is the second villain that sacrificed himself for the greater good. It only feels a little cliché, and I like it. 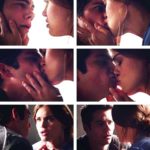 Ah yes! I remember that moment that Lydia kissed Stiles to calm him down when he was having an anxiety attack. That was in season 3 when the alpha pack came to town. She’s been in love with him for quite some time, I see.

And from the preview, it looks like we get Stiles back next episode – just in time for Mr. Douglas to ramp up the building of his Ghost Rider army on the midseason finale of Teen Wolf season 6. (But don’t worry, ten more episodes when the break is done!)