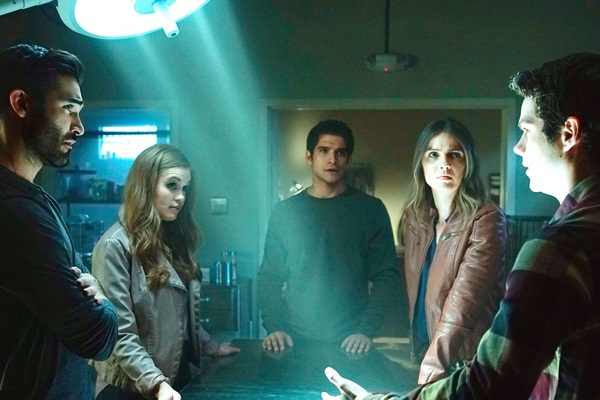 After 6 seasons, the story has been building up to this very moment. Let’s dive in.

At the end of the last episode, things weren’t looking too good for Scott and his pack. But this episode didn’t pick right up where things left off. We start with Scott going somewhere with Chris Argent. It looks oddly futuristic, but it’s tough to tell just how far into the future it is.

We see a kid running away from some hunters as Scott narrates. I think they’re in a Spanish-speaking country because of the signs. The kid ducks into a building then Scott and Chris show up and help him. His name is Alec.

Then we cut back to the scene where Scott and his pack are being shot at by Tamora and her people. Things are still not going well until Stiles and Derek show up. The reunion is stopped by Gerard reciting a little Shakespeare over the walkie-talkie. His smugness is quite evident, and he has Jackson while his people have cornered several other members of Scott’s pack. As much as Scott tried to avoid it, war is indeed at his door. But Gerard’s smugness has led him to underestimate Scott and his scrappy team.

Side note: I’m quite pleased to see Stiles, Derek and Jackson in this final episode. I wish we could have seen more of them earlier, but I’ll take this too.

Scott’s belief in the inherent goodness of people is the foundation of their plan to beat the Anuk-Ite. That’s lovely, but I’m sure he’ll have to cause some injuries before it’s all said and done. Especially since Peter is turned to stone by the Anuk-Ite as soon as he gets to Beacon Hills High School. Silver lining: it looks like the supernatural beings don’t automatically die when they’re turned to stone. So all hope isn’t quite lost. 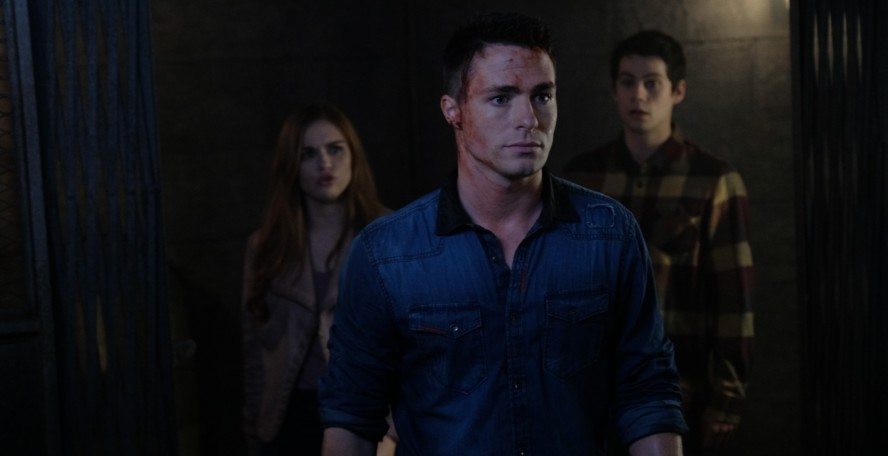 I did like seeing the Lydia and Jackson reunion. I do remember them being really close. It was funny seeing Lydia and Stiles realize that Ethan and Jackson are a couple. I loved Lydia’s relieved reaction to the news. Inclusion doesn’t have to involve a major announcement. It can be nuanced.

Scott’s pack may be separated but their bonds are strong. It looks like Scott’s optimistic nature and strong character played an important part in strengthening the pack even at this weak moment. It’s a nice message about hope and positive thinking.

I always figured Sherriff Stilinski could lay the smackdown on someone if he had to. I hate that it took so long to see him do it. I guess having his officers turn on him brought out his inner warrior. I enjoyed seeing him open up a can of whoop ass on those smug officers so he could rescue Deputy Parrish. He may be a parent, but he’s still a contender!

Unfortunately, Lydia’s vision, from the last episode, about everyone being turned to stone is coming true. It is effectively disheartening to see each of them being turned to stone, and Scott being shot by Tamora with the yellow wolfsbane bullet. It’s also pretty messed up that Gerard’s hatred of werewolves leads him to shoot his own daughter with another yellow wolfsbane bullet. I hate to say it, but I’m glad Kate got her true revenge on the man that deserved it most — her father.

I must admit that I didn’t see it coming when Scott blinded himself to avoid being turned to stone by the Anuk-Ite. It made perfect sense when it happened, but it surprised me. What did not surprise me was that Scott’s worst fear was letting his friends down. I was also pleased to see Stiles show up to toss a little mountain ash on the Anuk-Ite, effectively killing him and releasing the others from the stone.

Even in the midst of the war, there were some moments of levity and kindness that are the mark of this series. Seeing Coach Finstock jump out from behind the lockers and beat one of the hunters was funny. Seeing Theo take away Gabe’s pain after he was shot was really lovely. He does care! I’m sure he’ll always be a touch duplicitous, but now he’ll do it with heart. Plus, I think he finally redeemed himself with the second generation of Scott’s pack.

So, the message here is that loyalty, love, and optimism are stronger than hate, but if there is a war being waged, there will have to be casualties. If you’re not willing to fight, your side will lose. Scott now knows that he has to build his own army. This kid Alec is one of the newest recruits.

And so it ends. Everyone is together. They may not be in the same place, but their love, loyalty, and support keep everyone strong in their absence. I liked that Tamora got away and continued to hunt werewolves. I’m a fan of a story that isn’t tied up too neatly into a nice bow. Open ends mean the potential for a reunion movie down the line. (Yep, I’m putting it out there right now)

How did you like the series finale? While I loved seeing Jackson, Derek and Stiles, I would have enjoyed seeing Kira make a final appearance as well. Are there any characters that you wanted to see come back that didn’t?