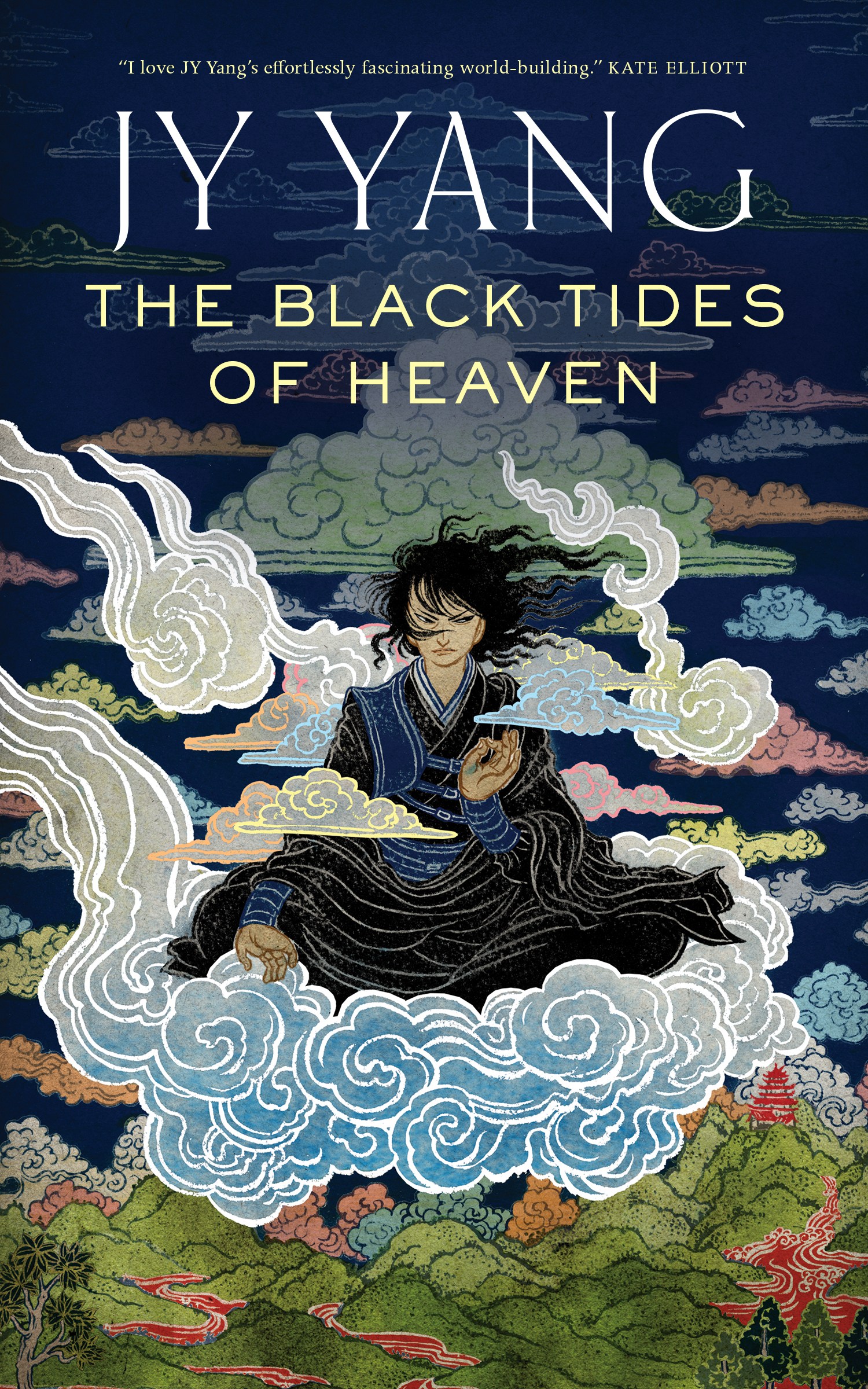 What I particularly enjoyed in the Tensorate series (which comprises two novellas so far–The Black Tides of Heaven and Red Threads of Fortunes) is the writing. Jy Yang writes gorgeously, and their metaphors have a rare beauty and are effortlessly woven into the story. The first story, The Black Tides of Heaven, is extremely striking because of that.

On Ea, the Protectorate is the dominant nation. At its head, the Protector is a long-lived, ruthless woman. She had promised her next newborn to the Grand Monastery, but it turns out they’re twins: Mokoya and Akeha. Raised by the Great Abbott, they soon reveal themselves to be able to manipulate the Slack, a form of magic, and Mokoya starts having prophetic visions.

The gender fluidity and lack of heteronormative society was a strong point: the children are called “they” until they choose a gender, a main character is non-binary in Red Threads of Fortunes, and characters love whoever they love, regardless of their gender.
In The Black Tides of Heaven, the use of “they” for children gets a twist when applied to one of the twins, Mokoya or Akeha, as it emphasizes their closeness.

On the other hand, I wasn’t too keen on the stories themselves. The Black Tides of Heaven felt like YA to me until two-thirds into the book. Since it’s not a genre I enjoy at this point in my life, it was grating. In Red Threads of Fortune, I was a bit dubious at the break neck speed of which a main character falls in love, and I would have actually been more interested in the revolt taking place than in the main plotline.

But as I said, this is a very subjective opinion, and I have no doubt that someone with different tastes in stories would enjoy them very much.

A very minor disappointment: the covers are both absolutely gorgeous, and I kept expecting one character to fly on a cloud. It never happened. I know, I know, it isn’t Dragon Ball…but still!

All in all, I think Jy Yang has beautifully written two stories that weren’t exactly my cup of tea. But because I’ve really enjoyed their writing and the world it was set in, I thought their novellas should be reviewed here. I’ll follow what they write in the future. They have their very own distinct voice, and I’m looking forward to their next story as it may be something that will be more to my liking.