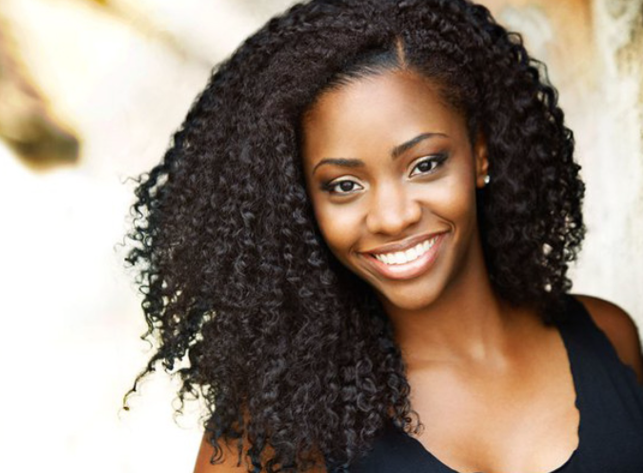 Things are getting pretty trippy when it comes to Marvel’s WandaVision arriving on Disney Plus on January 15.

From its vintage sitcom vibes to our favorite superhero mayhem, this show is sizing up to be one rollercoaster of distorted realities, cheeky time warps, and brand-new characters to introduce in Phase 4 of the Marvel Cinematic Universe.

One of those new arrivals includes beloved Marvel comic book character Monica Rambeau, who will be portrayed by the multi-talented Teyonah Parris. Parris is known for her roles in Dear White People (2014) and Chi-Raq (2015). This will be her debut in the MCU, and fans are thrilled.

First introduced to the MCU in Captain Marvel as a little girl and the daughter of Maria Rambeau, not all fans know the iconic history of Rambeau as they prepare to tune into WandaVision. Rambeau worked as a lieutenant in New Orleans until she was exposed to high levels of extra-dimensional energy and gained superpowers. After that, she went on to become the first female Captain Marvel (before Carol Danvers) and the first Black woman to lead The Avengers.

Her powers are unique, as she can willingly convert her body into powerful energy and then regain her initial form. She can shift through various energies, like gamma rays, electromagnetic energy, and more, and even travel at the speed of light. Rambeau’s ability to manipulate energy makes her an extremely formidable powerhouse.

It’s about time for her comic book identity and tenacity to hit the screen for Marvel fans to celebrate the literal Black Girl Magic of this new MCU character.

BGN was afforded the treat of interviewing Teyonah Parris in an exclusive one-on-one on her role as Monica Rambeau in WandaVision and gain some insight on her favorite aspects of Rambeau in the Marvel comic books.

What is your favorite thing about Monica’s powers and why?

I really love the aspect of thinking of it in a spiritual way of just being the light and being the thing that brightens the way. She brightens people’s paths. I love that about Monica in the comics.

Do you have a favorite Monica comic book moment?

I love in the comics how she doesn’t take any crap. You know, she always has something to say back to someone. I also love that she’s had quite an emotional journey throughout the decades.

One of the bigger moments for her is when all of her powers were taken, basically when she had that incident in the ocean and how she had to stop and recover and what that meant for her mentally. That’s a moment that stands out for me in Monica’s journey in the comic books for sure.

As the first Black woman to lead the Avengers in the comics, why do you think that Monica is a good role model for young girls, particularly Black girls?

Monica was the first female to lead The Avengers. Being able to step into her shoes right now, present day, in the climate we’re in globally, and even more specifically in the United States, with the social injustices and seeing how Black bodies are being treated and dismissed and discarded in a lot of ways, to have a character like Monica Rambeau be in people’s homes, on people’s theater screens — I hope it helps people be able to connect with our humanity.

In the Comics, Monica has many iconic team-ups. What do you think makes her such a valuable teammate?

Monica knows what she wants, and she’s just very direct. In order to lead a team, the team has to want to be led by you. She’s one of those people in the comics where people choose her, even for her first bout as the leader of the Avengers. She didn’t want to do it. They were like, “Monica, do it, please.” So, I think that’s really important. I think that’s a great characteristic of hers. She has had so many team-ups, and she also works pretty good by herself.

You know, she’s one of those people that’s like, “I’m an excellent teammate, excellent partner, and I can get things done when I need to do them on my own, which I got. Let’s do it.” You know, she very well-rounded.

Who’s your favorite Marvel Character, and why?

So, I started with Iron Man. He was my favorite, and, after the first film, a lot of people’s favorite. But, as far as an individual superhero who I love, I love them all. I love them all.

I also really love Black Widow. I can’t wait for that movie to come out. Hopefully we can be in theaters because I will be loud. I just love seeing women kick butt, and I like her style of fighting. So yeah, Natasha Romanoff for me.

Do you have any additional thoughts to share exclusively with BGN readers?

I would just say thank you for the support. I hope that you will tune in to WandaVision and really get to see how Monica evolves. It’s essentially her origin story. You’ll also get to see the relationship between Wanda and Vision and how they’re able to explore that more deeply and fully in WandaVision, and then how Monica relates to all of that.

Look out for Teyonah Parris as Monica Rambeau in WandaVision this Friday on Disney+. In the meantime, brush up on everything Monica Rambeau from the comics and enjoy all of the MCU hype.