Chances are you’ve probably seen him while looking up in the sky. You probably thought it was a bird. No… a plane.  The uncertainty is understandable. In addition to being more powerful than a locomotive, he’s also faster than a speeding bullet. Make no mistake. He’s out there and has been our champion for a long time.

As I’m sure you’ve guessed, I’m referring to Superman. The strange visitor from another planet who came to Earth with powers and abilities far beyond those of mortal men. Superman is out there, protecting the multiverse and fighting the never-ending battle for truth, tolerance, and justice.

I know this firsthand because Supes has saved my bacon more than once. I’m honored to count him as a personal friend. A while back, I was working on an assignment at the Daily Planet in Metropolis. My investigative series on corporate corruption resulted in me following a money trail that landed me in the crosshairs of the infamous Intergang. Thankfully, I had a guardian angel of the Kryptonian kind who allowed me to see the story to print and shine a spotlight on some very corrupt leaders.

However, the biggest story of the century I can never break. For you see, I’m one of the elite few who knows Superman’s secret identity. Ironically, I discovered it by accident. There was this adorkable co-worker at the Planet who I had the biggest crush on. The glasses and nerdy demeanor said mild-mannered. But even the business suit couldn’t hide the corn-fed midwestern hunky physique that was straight out of Smallville. Needless to say, he always caught my attention. One day, en route to lunch with my buddies, Perry, Cat, Lois and Jimmy, the Planet was under siege by Intergang. I spotted my crush racing into a storage closet. And seconds later, the Man of Steel emerged and saved the day. The previous intel may or may not have been misdirected to protect my buddy’s secret identity. 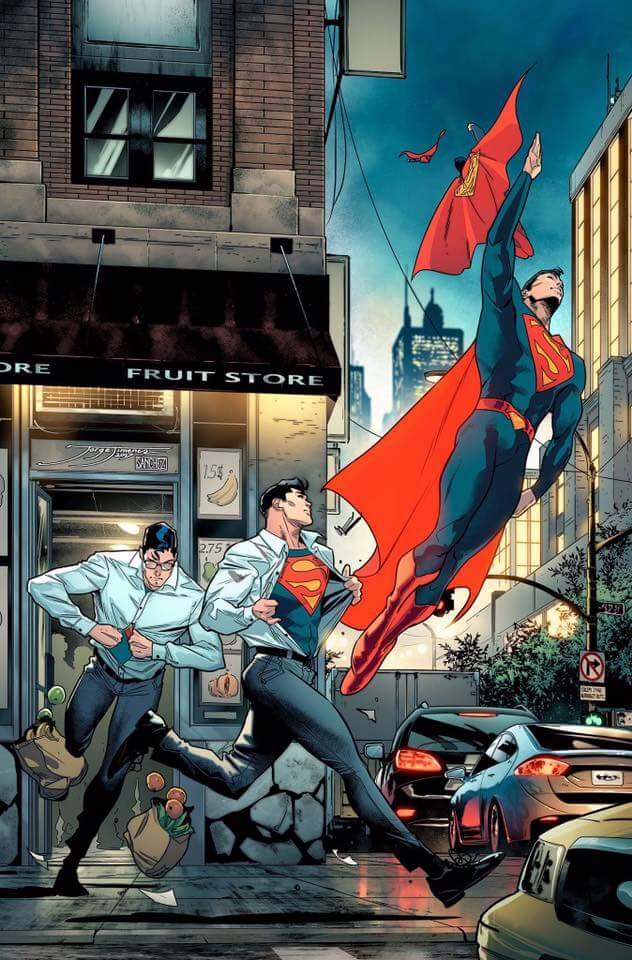 Superman has defeated nearly every evil imaginable. However, a few years back, he faced a threat that proved to be far deadlier than any form of Kryptonite. And this time, Superman’s powers weren’t enough.

DC Comics and parent company Time Warner–who owns the licensing rights to Supes– announced that they would be hiring sci-fi author, racist, homophobe and douchebag Orson Scott Card to pen The Adventures of Superman.  To add even further insult to injury, this was after DC Comics had gone on a media blitz for months prior to the announcement trying to establish themselves as an ally to the LGBTQ community.

This was a danger of the insurmountable kind. Superman’s soul was in great peril. Stories have power. They teach us about our history and can help us shape our destinies.

“The media’s the most powerful entity on earth. They have the power to make the innocent guilty and to make the guilty innocent, and that’s power. Because they can control the minds of the masses.”

“I believe that magic is art and that art, whether that be music, writing, sculpture, or any other form, is literally magic. Art is, like magic, the science of manipulating symbols, words or images, to achieve changes in consciousness… Indeed, to cast a spell is simply to spell, to manipulate words, to change people’s consciousness, and this is why I believe that an artist or writer is the closest thing in the contemporary world to a shaman.”

What sets Superman aside from his peers is that he isn’t merely a superhero. He is the superhero. His greatest power comes not from a reaction to the yellow sun but his indomitable drive to do the right thing. He is one of the most powerful beings in existence and yet he is ruled by his sense of ethics. He inspires others to be the very best possible versions of themselves. Long before social justice was a cute buzzword and hobby for stupid, spoiled, privileged white faux-gressives on Tumblr, Superman was about that life.

“And remember boys and girls, your school, like our country, is made up of Americans of many different races, religions and national origins. So, if you hear anybody talk against a schoolmate or anyone else because of his religion, race or national origin-don’t wait: tell him THAT KIND OF TALK IS UN-AMERICAN.” 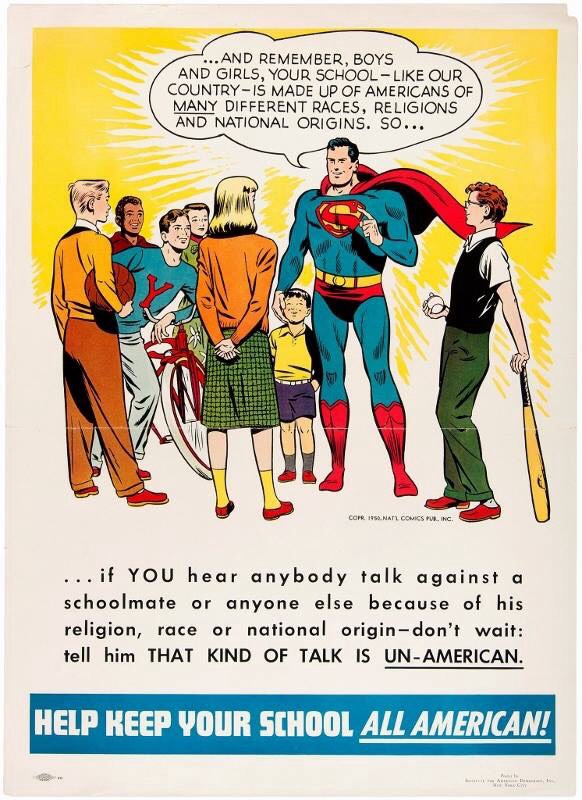 So, to have a bigot use the world’s most iconic superhero to promote white supremacy flies in the face of everything Superman stands for. Superman’s narrative would be safer in the hands of Lex Luthor. While many thought this was a job for Superman, I realized it was my chance to pay him back for all he’s done for us. Just as the infamous Doomsday attack resulted in the rise of both Steels and Superboy when Superman had briefly “died,” it was time for me to rise up.

It was time to save Superman.

Where I thought I would be standing alone, my voice soon joined others. In fact, I inevitably crossed paths and joined forces with Nicole Gitau, Joey Stern, Aria Baci, and the other superpowered collective, known as Geeks Out.

Where we were once few, we soon became Legion.

When I appeared as a panelist at conventions and conferences, I spoke out against Card and his upcoming film, Ender’s Game. From articles to blog posts, we signal-boosted the boycott against Time Warner/DC Comics. Critics claimed that we were wasting our time. Even gay celebrities like Dustin Lance Black stated our efforts were a waste of energy. They tried to silence us. Nevertheless, we persisted.

And then, the impossible happened.

Card was handed his walking papers by DC Comics and his story was canceled. As for the box office rankings of Ender’s Game? A true bottom.

For all the complaints people may have about social justice and equal rights activism, these topics have been an influence on pop culture and society by extension. Said influence has allowed us to have conversations that wouldn’t have been possible a decade or even five years ago. White privilege, slut shaming, LGBTQ rights, are all topics that are explored in the narratives of mainstream media. This is why it is absolutely important that we speak truth to power and remain vigilant in our never-ending fight for truth, justice, tolerance, and diversity.

While a major victory was achieved with Card’s defeat, I would be repeatedly reminded that many battles lay ahead. Just ask Gail Simone about that time I was on her social media page and went Midnighter in putting the fear of God in that Nazi, Chuck Dixon. Let’s just say it didn’t end well…for him.

Every once in a while, I’ll glance up, see my pal Superman, and we both smile and nod. He knows that if he’s ever in trouble again, he’s got back up at the ready.