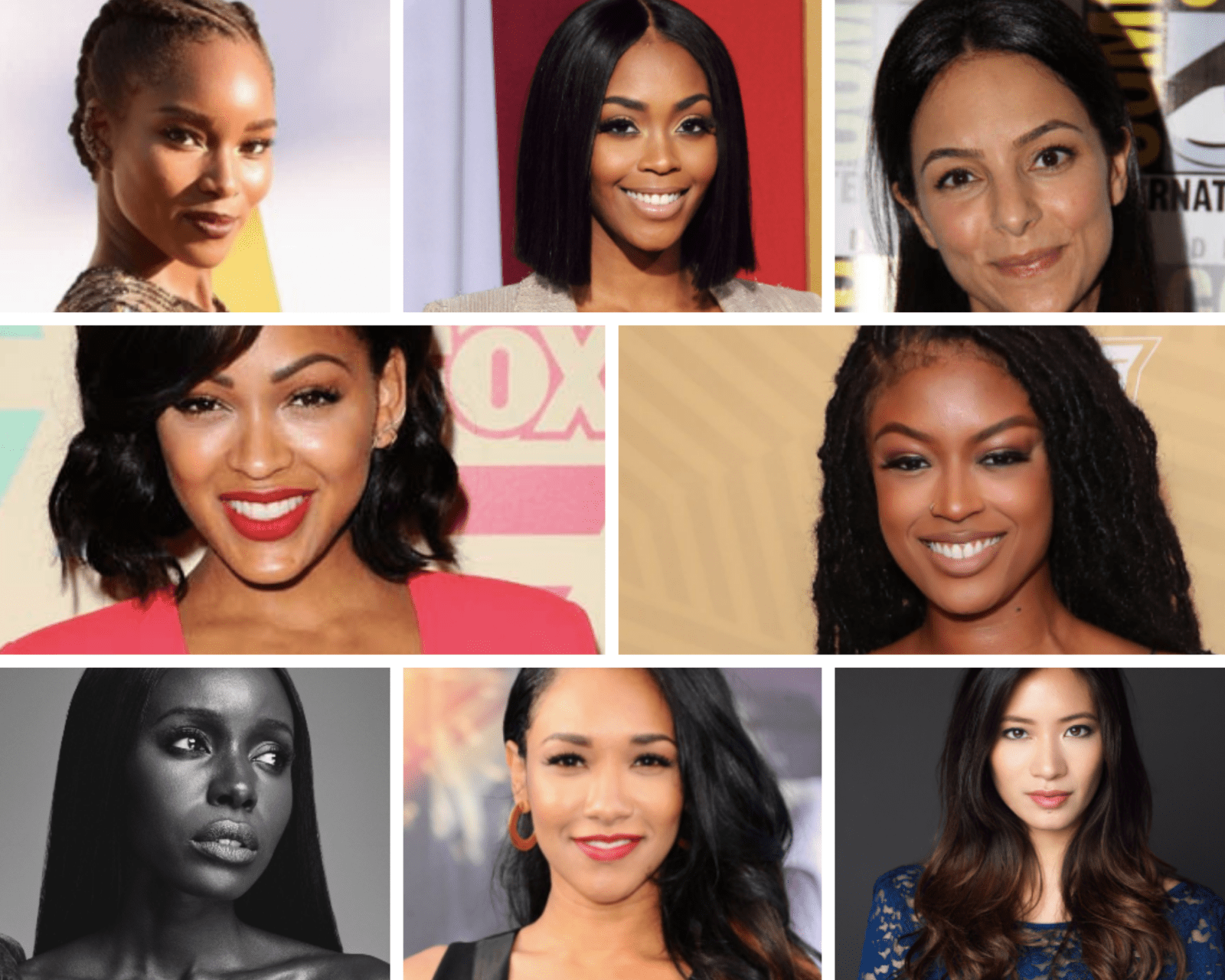 DC FanDome gathered an amazing ensemble of women of color in the DC Universe. Moderated by celebrity DJ D-Nice and Grammy Award-winning singer Estelle, the panel consisted of phenomenal women from Shazam!, Batwoman, The Flash, DC’s Legends of Tomorrow, Black Lightning, and Titans. In attendance were Meagan Good, Javicia Leslie, Candice Patton, Tala Ashe, Nafessa Williams, Chantal Thuy, Anna Diop, and Damaris Lewis. For those who don’t know, a bawse is a person who exudes confidence, hustles relentlessly, reaches goals, finds inner strength, and smiles genuinely because they’ve fought through it all and made it out the other side. The women on this panel represent that and more.

The panel started by congratulating the newest bawse woman, Javicia Leslie, the first Black actress to play Batwoman. When asked who was the person that made her want to do this, Javicia said, “I’ve always truly admired Eartha Kitt.” (Eartha Kitt was a bawse in her own right and the first Black woman to play Catwoman in the 1960s.) “I admire Eartha Kitt even outside of acting. I love her for her activism and the fact that she used her art for activism and her mentality in general. The things that she would say and how dynamic they were. And, how she was as a woman and the power that she had as a woman.”

The panel discussed what it meant to them playing these women and being an inspiration for kids seeing women like them on screen. Anna Diop talked about what it’s like for her playing Starfire on Titans and how it’s changed her. “I had to lean into my friends and my family, and my faith in a way that I haven’t ever really had to do before. It’s been incredible to see what that meant for a lot of people. A lot of marginalized people reach out to me, be it Black or gay or trans or whatever, and it’s incredible to be even some small inspiration for them.”

Indeed, these women may be someone’s first introduction to the world of superheroes. Kids are dressing up like them and seeing a version of themselves on screen. It’s a big deal. Candice Patton, who plays Iris West-Allen on The Flash, told a story about a tweet she got from a mom whose daughter watches the show. The daughter said, “Mommy, Iris was so beautiful. She looks just like me. Does that mean that I’m beautiful, too?” “We are beautiful,” replied Patton.

Damaris Lewis has been in the game for a while. She was a model, a dancer for Prince, and now she is living her best life as a superhero. Lewis plays Blackfire on Titans. She was promoted to a series regular in Season 3 of the streaming show in what was described as a full-circle moment for Lewis, as Estelle and D-Nice have been a part of her journey in the entertainment industry. Lewis reflected on that point in her life when she realized what path she wanted to take with her career. “The pivot for me was when I started getting booked for being different. And that’s when I realized that being different was my superpower. I had the luxury of working with Prince and having him be my mentor. This is a person who prided himself on being different, but until it happens to you, you don’t believe it.”

Chantal Thuy, who plays Grace Choi on Black Lightning, talked about some of her role models. She mentioned Maggie Chung, Sandra Oh, Tessa Thompson, Felicia Rashad, and Cate Blanchett. “I love actresses who use their craft, not just as a way of exposure, but really as a craft, digging deep, and using it in a way that can change lives and their own lives.” She went even more personal with a story about her grandmother during the Vietnam war, whom she highlighted as a personal hero in her life.

As the other half of the Grace and Anissa couple of Black Lightning, Nafessa Williams weighed in on what she’s learned from the LGBTQIA+ community. She spoke about how honored she is to play the role and be the first Black lesbian superhero. “When I think of that I think about all the Black lesbians who may have not been able to visually see themselves when they go to the cinema or they watch their favorite TV shows. It’s one thing of knowing that there was a void for but when you’re in that role and you’re getting the feedback, you realize the importance of it, and how much it’s necessary and how much it’s needed.” Williams went on and talked about a moment she had at ComicCon with a young woman who was crying and told her, “I feel normal being a lesbian after seeing Thunder.” “I feel like God has used me in that sense,” said Williams. “As storytellers, I believe it’s our purpose and we have to tell stories that are important especially for our culture. So that’s the biggest reward, knowing that people are seeing themselves.”

One of the greatest questions of the panel was how these women liberate themselves and their characters from the hyper-sexualized exotic stereotypes that can be attached to Black and multicultural women. Also, what advice could they offer young girls about how to reclaim their sexuality, power, and confidence. Meagan Good who plays Darla Dudley in Shazam! was very honest about the change in role for herself. She was very excited to play Darla Dudley because she’s eight years old. “Throughout my 20s I was very much that sexy girl, the love interest, whatever it may be. So breaking out of that space in my late 20s was very difficult.” Good went on to say how she learned that there’s nothing wrong with owning your sexuality. But more importantly, she learned, “It’s also about humanizing whatever character you are now living and breathing and finding the things about them that are human and real that people can relate to that are not just an idea of looking great and awesome, but who that person is at the core that makes her relatable to other people, but especially as a Black woman because that experience is unique.” Good expressed how nice it was to play a character who didn’t have to lean into sexuality at all, but rather play on the goofy side of her personality.

Tale Ashe is also representing a first as the first Muslim superhero on television. Authenticity is always important when bringing in race, culture, religion, heritage, etc. Ashe brings herself to the plate as an Iranian American. When she first heard that she was playing the first Muslim American superhero, she knew it was important to keep the American part of it. “As the first Muslim American, I felt the weight of that. I think this is a really smart thing that my show did which every show should do, that when they hired me they hired a Muslim American writer.” She knows representation matters to all the little Brown children all over the world. “People who are in parts of the country who will never be exposed to a Muslim American, if they can connect to a character, I feel like we’ve done our job.”

This panel was a joy to listen to. Black women speaking on their experience is something we all need to hear. There are many firsts being explored in the comic-book work, and it’s nice to see them coming to global screens.