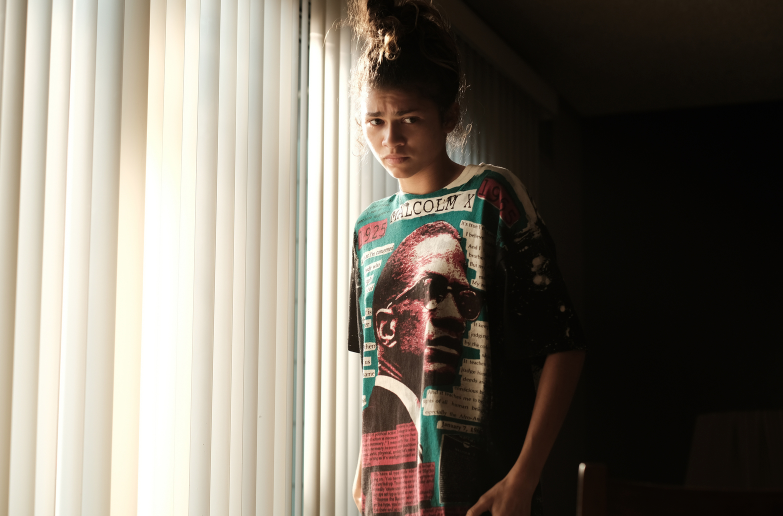 On Sunday, February 13, we gathered around our favorite streaming devices to watch what was believed would be one of the most explosive match-ups of 2022.

Sides had been chosen, and many had hoped that their chosen player would reign supreme.

The face-off in question wouldn’t have the setting of a football field accompanied by a halftime show, however. This match-up would be set in one of the most cutthroat and brutal places out there.

A new episode of HBO Max’s Euphoria was set to air at 9 p.m., and we were all waiting to see what was anticipated as the culmination of the Maddy Perez (Alexa Demie) vs Cassie Howard (Sydney Sweeney) drama.

In the week prior, an on-the-run Rue Bennett (Zendaya) had exposed one of the biggest secrets this season during a drug intervention. Cassie had been sleeping with her then best friend’s ex-boyfriend, Nate Jacobs (Jacob Elordi).

The tension around this episode was intense, and a showdown seemed inevitable. After all, a Twitter user pointed out that for Episode 6, Maddy wasn’t wearing any nails.

Such a keen eye is needed for a Euphoria stan. How else would you know that Rue’s signature crimson hoodie was worn by her dad? Or that Labrinth’s “All For Us” was used throughout the show’s first season to artistically narrate Rue’s drug addiction?

Fan theories are nothing new, and neither is the anticipation for a new installment in our favorite TV sagas. On November 21, 1980, 350 million people tuned in to the hit television drama Dallas to solve the mystery of one of the most historic cliffhangers in TV history: Who shot J.R.? Fans had eight months to comb through theories, using remnants from reruns to try to piece together answers.

The phenomena of social media apps have made this guessing game a little more fun, giving us the opportunity to digitally connect with other fans to see how their theories line up with ours. One user will have picked up a tiny detail in a character’s room, while another would spend hours analyzing Maddy’s body language in the hot tub weeks before. Everyone wanted answers, and this seemed like the perfect way to put our AP kid skills to the test.

So when we dimmed our lights and opened the HBO Max app, it seemed like a girl fight was inevitable. Not only had someone created a mock Super Bowl flyer featuring Maddy and Cassie, but after a week of circulating fan theories, this seemed to be the only logical move.

Then, it didn’t happen.

It seems as if we were collectively let down after clinging on to the meticulous calculations of our fellow Euphoria fans.

And while everything seemed to fit together so perfectly, there was no time to waste over a wrong prediction. There are now four more episodes in this season, meaning there’s still time for our showdown prediction, ⁠amongst others, to come true.

And yes, there are many.

In what has cemented itself as one of the most explosive episodes so far, Season 2: Episode 5, also leaves us wondering more about one of the scariest women in the Euphoria universe, Laurie. Several dark rumors loom around Rue’s experience with the drug lord, after having her stash flushed down the toilet. It’s still a waiting game, but fan theories tend to get more complex the longer they go unanswered. Next week’s episode promises to address another major plot point, the play with Lexi Howard (Maude Apatow).

To viewers, it seemed as if Lexi’s play had gotten lost behind likes of the Rue, Elliott, and Jules’ love triangle and the explosive Cal Jacob (Eric Dane) episode. However, with a trailer including a healthy mix of draw drops and audible gasps, we can guess that major bombs will be dropped in this high school production.

Lexi has become a fan favorite in this episode, with many not only excited to see her directorial debut but also to see if she ends up with the loveable drug dealer Fezco.

Shortly after the season premiere, fans were already shipping “#Fexi,” with fans hoping that as an additional episode drops, we get closer to closer to the two finally being together.

However there’s no dominant conspiracy theories that keep this fandom going, nor are there any easter eggs (yet) that indicate their fate. In fact, this demonstrates another aspect of Euphoria fandom that many can appreciate, and it’s the idea of rooting for your favorite character.

Underneath a tweet that predicts the fallout of Lexi’s play to be synonymous with that of Regina George after printing out the Burn Book, a user picked up on the fact that Rue looked like she was clean, which was accompanied by a meme of a dog and a user smiling. Underneath this tweet, you’ll find many more users sharing their excitement that Rue seems to be committing to sobriety.

There also seems to be a collective backing for Maddy as she continues to deal with abuse from Nate, while also dealing with betrayal from her best friend. Others are keeping their fingers crossed for more screen time for Kat, the show’s only plus-size female character.

Fans may have found a place for us to cultivate our fan theories, but it’s also a way for us to voice our hopes for our favorite characters and to share our excitement when they experience positive character development.

While your main hope for the show may be for Rue to become a part of the 5% or to finally see Lexi and Fez together, you can guarantee there’s a fan theory or hive of hope that helps fuel your curiosity until next Sunday.