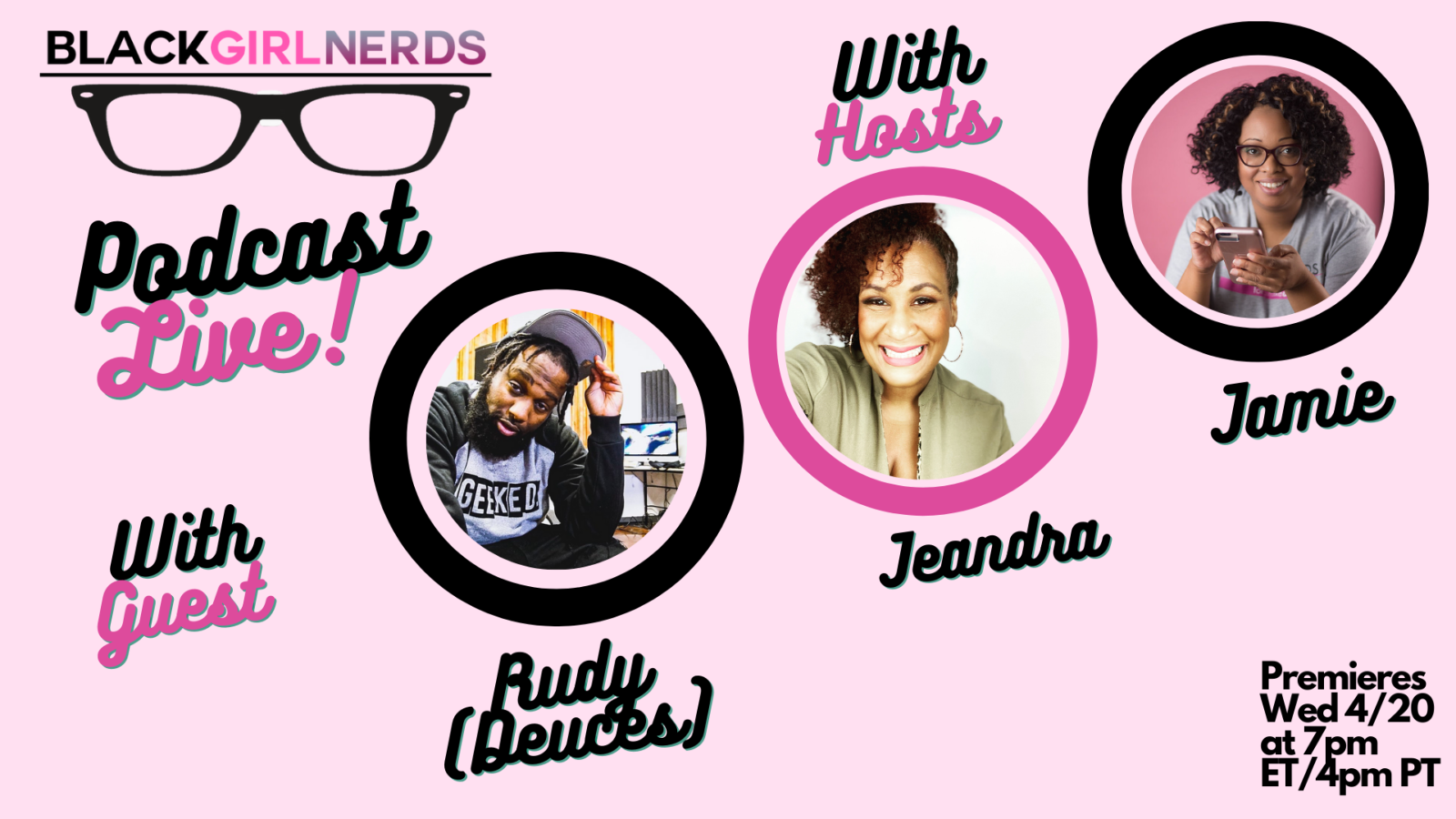 Starting tomorrow, Wednesday, April 20, the Black Girl Nerds podcast will stream live episodes using the popular video streamer Streamyard. You can follow along with the podcast which will include hot topics, entertainment news, and — as always — special guests to join the hosts in groundbreaking conversations.

The Black Girl Nerds podcast, executive produced by CEO and Founder Jamie Broadnax, launched in March of 2013. The podcast premiered on Blogtalk Radio as a live show, and Twitter users were invited to participate to live-tweet as discussions were held on the podcast platform.

In later years, the podcast transitioned to a previously recorded format, with weekly episodes dropping on Mondays. Listeners can still tune in on Mondays using their favorite podcast app to hear what the women of BGN have to say! However, the online media company will now stream live episodes periodically to broadcast via its YouTube platform.

The Black Girl Nerds podcast is produced by Broadnax and Ryanne Bennett.

This week’s guest is Rudy, more notably known as Young Deuces, who is creating a documentary about the subculture of Black nerds and geeks.

He’s known for being half of the hip-hop group Streetz-n-Young Deuces (better known as SNYD) with his cousin Burgie Streetz. The two went on to have a very decorative career working with DJ Drama’s The Aphilliates imprint, winning “Group of the Year” at the Southern Entertainment Awards and appearing in multiple magazine publications across the world.

Young Deuces is also the host of the Geekset Podcast, which has had some notable guests.

Tune in Wednesday to engage with Black Girl Nerds live on the podcast. You can also catch the latest episode, featuring Emmanuel “E-Man” Noisette, the creator of the popular online hashtag and petition #RecastTChalla.

Listeners can still tune in on Mondays.

The live podcast schedule is currently to be determined, so stay tuned for upcoming dates!

5 Podcasts by Black Women You Must Hear