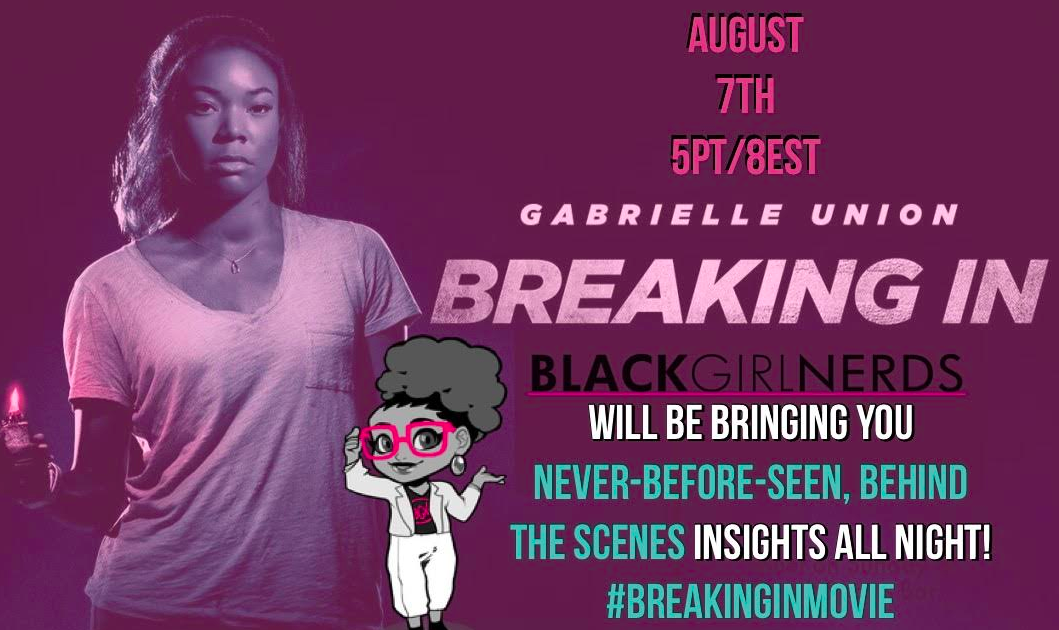 Okay, so you’re bummed that you missed the Breaking In twitter party that happened tonight.  No worries!  We’re here to give you a quick recap of what happened and fill you in on some of the hilarious tweets we saw online.

If you haven’t realized already, today is the DVD + Blu-Ray + Digital release of the Universal Pictures thriller Breaking In starring Gabrielle Union. BGN hosted a live-tweet of the feature film along with presenting some trivia to fans about the movie.

Parenting bloggers and social media influencers received a fancy promo pack to be able to view the film and have it available just in time for the party!

Join me at 7 CST for a fun Twitter party for the release of the #breakinginmovie pick up your copy now available for purchase #BreakingInMovie @BreakingInMovie @BlackGirlNerds. pic.twitter.com/FsIQ64THln

Lucky winners of the trivia questions also will get an opportunity to receive this promo pack as well! However, the highlight of every Twitter party are the funny and snarky tweets that appear on the timeline while watching the film.  Here’s a highlight of a few tweets:

Who was up yelling at the TV a minute ago? ✋#breakinginmovie pic.twitter.com/YdxVgt3VBx

Hire crazy psychos, they’re gonna do crazy psycho things. How did he not c that one coming? #BreakingInMovie

Cops always show up at the end in these movies ? #BreakingInMovie https://t.co/g4AA1hyXEd

However, the best highlight was seeing Breaking In’s own executive producer and writer Jaime Primak!

If you want to check out more tweets from the party, just search the #BreakingInMovie hashtag.

Plan to get the DVD combo pack? Here’s what you can expect:

Breaking In is available on Blu-ray, DVD and Digital, and Movies Anywhere.