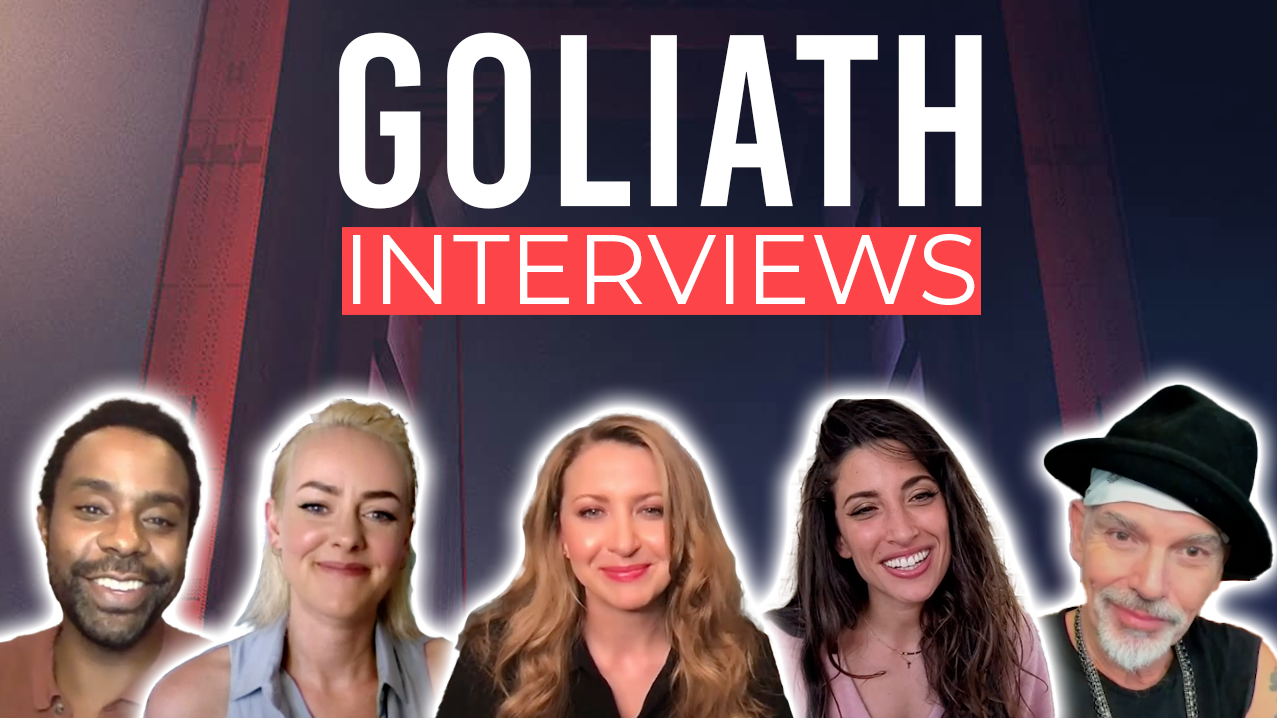 BGN interviews the cast of the Amazon series Goliath.

In the final season, Billy returns to his Big Law roots after Patty (Nina Arianda) takes a job at a prestigious white-shoe law firm in San Francisco. Together, they try to take down one of America’s most insidious Goliaths: the opioid industry. As Billy deals with his own chronic pain and Patty can’t shake the feeling she’s being used, their loyalties will be tested, putting their partnership on the line. In a world where money can buy anything, even justice, they’ll have to risk everything to do what’s right. Goliath is from Amazon Studios, with executive producers Lawrence Trilling (Parenthood), Geyer Kosinski (Fargo), and Jennifer Ames and Steve Turner (Boardwalk Empire).

Jack Huston and Jena Malone on Playing Villains in ‘Antebellum’