As the trailer for The Commuter opens, Beethoven’s ‘Moonlight Sonata’ provides a haunting backdrop for images of a man saying goodbye to his wife, before beginning his train commute to work. 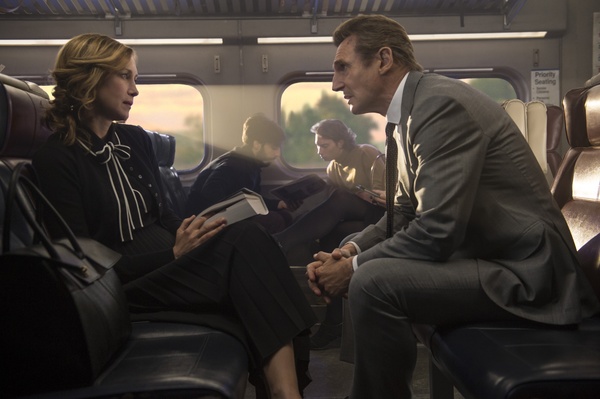 What starts as an ordinary day for Michael played by Liam Neeson turns into anything but, when a complete stranger introduces herself to him as Joanna (Vera Farmiga). She offers him $75,000 to do “one little thing”: Michael must find someone who has a target on their back before time runs out. Will he do Joanna’s bidding, or turn the tables against her and whomever it is she works for?

Also starring Patrick Wilson, Elizabeth McGovern and directed by Jaume Collet-Serra (Non-Stop, The Shallows), The Commuter looks to be a pulse pounding, hold onto your seats, action thrill ride.

New Trailer for ‘Jurassic World: Fallen Kingdom’ Gives Us a Terrifying Look at the Dinosaurs

5 Things We Learned From the New ‘Pacific Rim Uprising’ Trailer