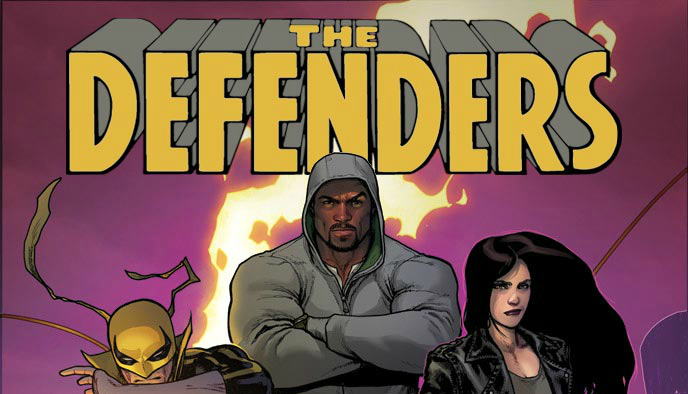 The streets of New York’s Hell’s Kitchen have become overrun with crime and corruption, and there is only one group of Super Heroes — Daredevil, Luke Cage, Jessica Jones, and Iron Fist — who are willing to unshackle themselves from the constraints of the rest of the Marvel Super Hero community and fight the villains no one else is willing to take on.

The toughest hard-hitting heroes of the Marvel Universe stand together as a brand new team ready to take down one of the most dominating criminal empires ever to shadow over New York City. But in a city where leaders of violence and death are all vying for dominance, who is the one criminal despot powerful enough to challenge the saviors of Hell’s Kitchen? 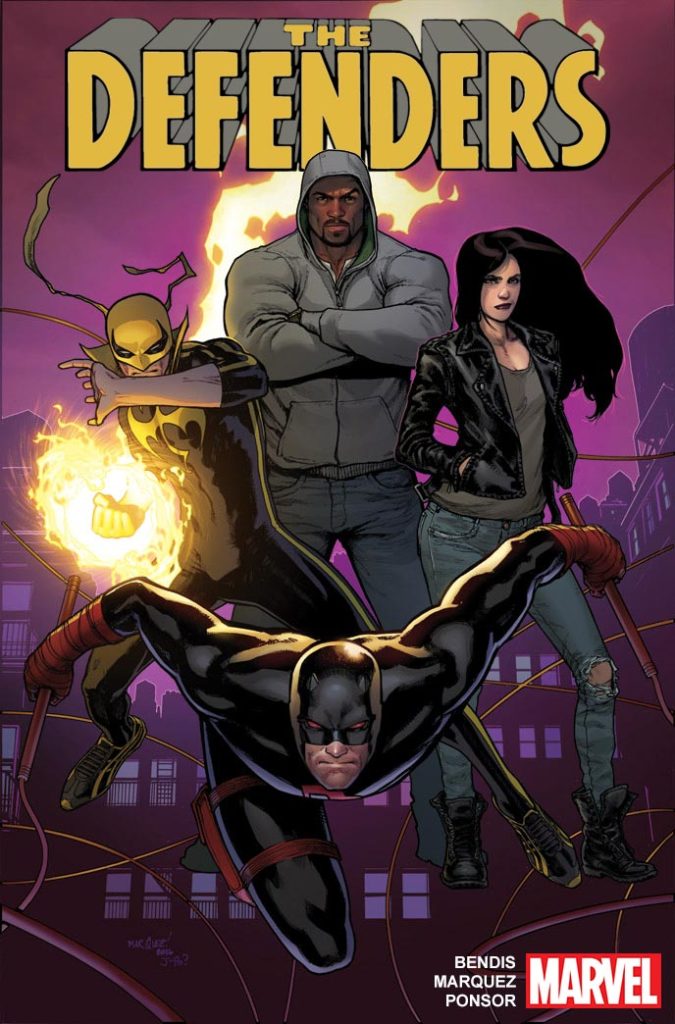 “As opposed to other more global or galactic Super Hero groups, the Defenders are very much focused on the streets, on the neighborhoods, on the community,” says SVP, Executive Editor, Tom Brevoort. “Their battles are no less fiercely fought or consequential, but the arena is a very different one, and the stakes more personal. Brian will be building upon the relationships that he established years ago in NEW AVENGERS to create something unique and primary within the Marvel Universe.”

“[THE DEFENDERS] is a smorgasbord of everything I truly love about Marvel Comics,” continues Bendis. “And to keep the team of David [Marquez], Justin [Ponsor], and myself together for another creative challenge is so exciting!”

“We’ve been planning this book for well over a year and we’re so excited to show you what we think the next phase of the gritty marvel streets will have to offer,” Bendis says.

Some of the darkest days await Daredevil, Luke Cage, Jessica Jones, and Iron Fist, but THE DEFENDERS are ready to plant their feet, and fight back-to-back against one of the most epic wars the streets of NYC have ever encountered and stand resolutely against an attack so personal that it will challenge our heroes at their very core and everyone they have ever cared about.

This June, the five boroughs have a new front line of defense. But can the collective strength of Daredevil, Luke, Jess, and Iron Fist have what it takes to protect the “Big Apple?” Find out this summer from Marvel Comics’ THE DEFENDERS!