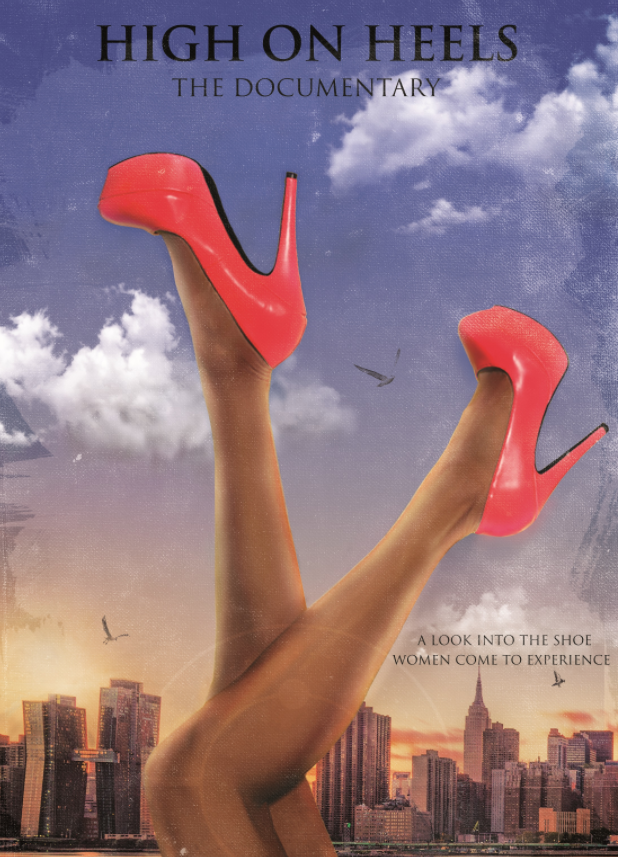 In director Adelin Gasana’s documentary High on Heels, high heels hold power, unlike the average flat-heeled unpointed shoes. From the viewpoint of the subjects in this documentary, high heels are a significant accessory that uplift those who choose to wear them. Gasana’s documentary delves through female experts’ reflections from various walks of life as they discuss the power of high heels and how this power is derived from the beauty, confidence, and elevated posture that is achieved through wearing and walking in heels. The effect of interviewing women of all ages and professions to garner a solid response is that their ideas tie into one relatable shared opinion. Ultimately, this documentary clearly answers the question of what makes high heels significant to fashion culture.

Unlike other documentaries, the introduction to High on Heels immediately opens with a present-day cultured perspective on the purpose of heels. Rather than shifting backward by presenting the origin of high heels to viewers, the documentary opens up from a dancer’s perspective and details how heels serve as both an aesthetic and a necessary tool for working as a professional dancer. From the dancer, the viewer learns that there are specific shoes that are considered good to dance in. Viewers also get the perspective of a wardrobe stylist (JoJo St. Claire), a host (Greer Howard), and a choreographer (Jessica Washington). This allows heels to be reviewed subjectively by those who understand heels best in their element, which is fashion. Eliminating commentary from outsiders during the documentary encourages a professionally narrowed down discussion. Viewers avoid hearing baseless opinions. The film automatically sets the tone for credibility more so than general thoughts from people who are not experts in the subject matter.

Does the Euphoric Elegance Fit Every Soul?

Although heels are predominantly worn by women, the documentary doesn’t shy away from the fact that in history, men, too, wore heels. The viewer gets both the experience of present-day women and past-day men wearing heeled shoes. Despite the premise of the documentary being centered around women and their confidence level in heels, including this piece of history did not detract from the ultimate takeaway of the film. The historical piece about men wearing heels rather added to it. This too is vital to understanding the significance of heels. American art historian Lisa Small brings up the fact that men in history wore heels as a status symbol of wealth as part of the monarchy. This ties into what the female interviewees speak about when they say heels change a person’s demeanor, attitude, and presence. This notion goes back to how those who wore such shoes had a unique presence because heels were not readily available to just anyone.

So do most women feel a sense of elegance when stepping into a high heel? From a feminist standpoint, one might have conflicting opinions on the concept of a woman gaining empowerment from heels. Even more, a feminist critical lens may object to the ideology of a woman’s beauty being derived from heels. The reason for such an objection comes from the negativities associated with having an item define a female’s worth. Some may argue that this appears to objectify women. In other words, what is a woman with heels versus without heels, and why does the elegance and grace only appear while she is wearing heels?

The film does slightly explore how wearing heels can be viewed as taboo to some extent, as the documentary concluded with exotic dancing. Often heels give off an over-the-top glamourized vibe, especially stilettos and platform heels. However, the film doesn’t entirely take this approach, at least from a feminist lens. This is the one element that is lacking. The documentary is geared towards the positivity women associate with heels and while wearing heels, but not negative stereotypes and sexism associated with high heels. On the contrary, one can argue against this feminist approach with the history of high heels and how they originated as men’s attire despite taking a cultural shift. Originally men more commonly wore high heels as a sign of wealth.

The women in the documentary High on Heels all come from different backgrounds but together share the common belief that high heels elevate the woman. In addition, how high heels elevate the woman is defined differently by every woman. To one woman, elevate might mean fierceness or confidence, while to the other it means grace or poise. Each woman interviewed may have a distinct profession from the next, but it’s no surprise that she recognizes that a heel is an accessory that enhances the wearer by giving them a sense of elegance and confidence that cannot be matched by another shoe. Every interviewee automatically lit up simply speaking about a shoe that’s given so much praise in the fashion world.