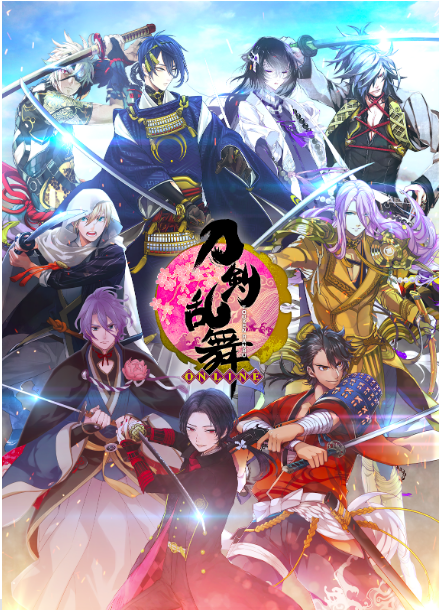 Released in 2015, Touken Ranbu is a free-to-play collectible card browser game that’s been a Japanese exclusive title since its release. But that’s soon to change with the game’s English release on February 23, 2021. Johren, the gaming platform that hosts the game, opened a month-long pre-registration that began on January 25 and will run until the game’s release.

Touken Ranbu is an online, free-to-play, turn-based, sword-raising simulation game that’s amassed an impressive 1.5 million players a year since its release in 2015. The game is about a sage who is set on a path to battle an evil entity attempting to alter history with the assistance of swords that have come to life and have been transformed into sword-wielding men. The sage’s mission, in addition to stopping the evil entity from altering history, is to gather eight different types of swords or Touken to create unique sword battalions.

The Touken that players will be collecting are Tanto (dagger), Wakizashi (side inserted sword), Uchigatana (traditional samurai sword), Tachi (another traditional samurai sword), Otachi (large sword), Naginata (pole blade), Yari (spear), and Tsurugi (straight, double-edged sword). The aforementioned battalions will be made up of these swords as they will take the form of men to fight for the sage. It’s advisable to get to know which cards work for your particular play style and use the ones that work best for you to create the best battalion and defeat the evil entity.

Due to a player base of mostly women, the game has been dubbed a “Joseimuke,” which is a term that describes media targeted towards women. This category includes many types of media such as Yaoi, Otome games, Shoujo manga, and rhythm games. In Japan, the game fell into favor with women through the use of Japanese history, beautifully designed protagonists, and side characters. With such a positive reception, it’s no wonder that Johren is bringing the game to the States.

At the beginning of the game, players will have six main characters that can be used in battle. Those being Mikazuki Munechika, Kashu Kiyomitsu, Kasen Kanesada, Yamanbagiri Kunihiro, Hachisuka Kotetsu, and Mutsunokami Yoshiyuki. Throughout their in-game journey, the player can collect more characters to use and will have the opportunity to pick one that works with their play style.

As mentioned before, the story is about a sage who is collecting swords that can transform into men so that he can build a battalion strong enough to defeat an evil entity that is trying to alter Japanese history. But it’s a bit more complicated than that. In the year 2205, revisionists seeking to change the course of history have begun to attack the past. To combat these threats, the Chronos Ministry have sent Saniwa the Sage to each age. Saniwa, blessed with the power to arouse an object’s heart and emotions, can bestow these objects with the ability to fight and wield themselves. These objects are known as “Tsukumogami,” and Saniwa travels to the past with the Touken Danshi to maintain history as it should be. The Saniwa is who the players will be exploring the story with and summoning the Touken Danshi in this collect-and-raise simulation game. Keep an eye out for conversations between the Touken Danshi to gather that sweet character development.

In addition to having your account set up and ready to go on release day, there is also some in-game goodies that players will receive in thanks for registering for the game in advance. Think of it as pre-ordering a long-awaited title and receiving extra armor or a new weapon. So, what is that pre-registered gamers can look forward to on release day? First, 200,000 units of Coolant, Whetstone, Charcoal, and Steel. Players will also receive 100,000 units of Koban, 30 request tokens, 30 help tokens. These items help in smithing or repairing swords. Players will also receive an Omamori, a brown horse, and a black horse. The Omamori (translated to charm) are used to strengthen swords and prevent them from being destroyed in battle. In the game, horses can be equipped to swords to boost their stats. In terms of pre-release goodies, the perks seem worth it. Don’t forget to check out the new trailer for the game here.

In addition to Touken Ranbu, Johren also has other games under its belt. These titles include Magicami, Kamihime Project, Versus Tales, Meteor World Actor, and over 100 other Japanese titles. So even if Touken Ranbu doesn’t hold your interest, there are other titles to give a look to see if anything does. New titles are added to the platform every month, so keep an eye out for these in addition to pre-registering for the English release of Touken Ranbu.