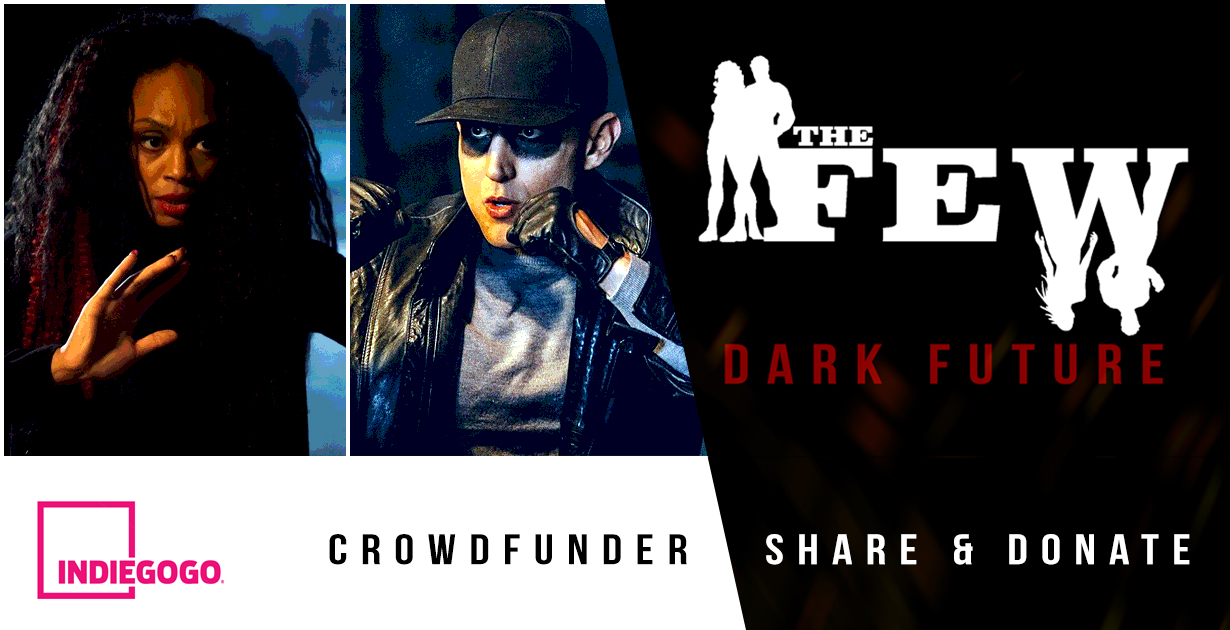 Those who delve cult-deep into sci-fi and superheroes may already know actor/writer Sam Benjamin. He’s had roles in Justice League and in the BBC’s Doctor Who. What they may not know about is his epic UK TV series, The Few. Shot all over London on a super tight budget, The Few is a series about three people, somewhat down on their luck, who are lured (by the promise of a large cash payment) into a secret science project. Given time, the end results are superpowers and eventually superhero-dom (BGN is not giving away complete spoilers. Watch for yourselves!).

Meanwhile, BGN spoke with Benjamin about season 2 of the series, Dark Future, the decision to go with Indiegogo, and comic books.

What is this about crowdfunding for Dark Future?

In 2016, Sam Bradford and I were watching a lot of superhero shows and we were thinking, why is there no British broadcasters or channels making a superhero story we like. We thought we’re sick of waiting on those people…who do we know who’s talented and would give their talent to us as favors or through passion of the genre. What locations could we get and how long could we shoot for in our spare time? So, a 6 times 4-minute episode series was born and we came up with a concept together. Then, I went and wrote this miniseries script.

We released it and, with the help of Black Girl Nerds and other sci-fi outlets, we managed to reach way more people than we thought. We won 13 awards internationally, got featured in loads of places, and ended up in Comic-Con London.

For the last year-and-a-half, I’ve been scared of a second series. This season is kind of like a second album syndrome because of the way the first one ended. There were so many ways and so many avenues we could go down. It’s taken me and Sam a while to work out the direction we wanted to go in, needed to go in — and the direction that gave the audience the biggest journey, the most emotion, and drama while staying true to the roots of the story we created.

Also, if we were going to do a second one, we owe it to the audience and ourselves to do it bigger and better with longer episodes, more epic fights and use more special effects so we’re not as limited in locations and time, and also to repay the cast and the crew. So we thought, we’re going to go for the crowdfunder, even though it’s a tough option to go for, I guess. We’ve never done one. But we if we’re going to do the sequel, either we do it bigger and bolder or, if we don’t get the money, then it wasn’t meant to be. 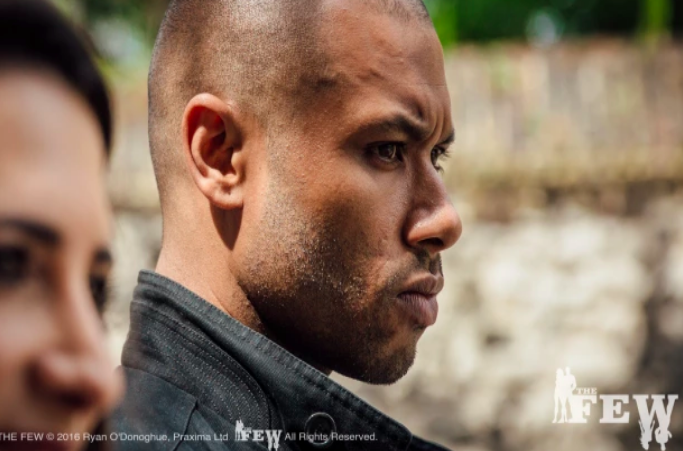 Who are your fans in America?

Well, the main viewers are the US and the UK. We did want it to be very British in a way that international audiences, particularly America, would be like, ‘oh, I haven’t seen it portrayed like that.’

I was in LA recently and I said, guys, [London’s] changing for the better. It’s not just Downton Abbey and Hugh Grant. It has very nice upper-middle class places with parks and dinner parties and things like that. With that, we wanted character-wise to have characters that were representatives of modern London. It’s more diverse than your average superhero show.

To be honest, I was blown away by the support of Black Girl Nerds and it was kind of surprising/not surprising. It’s just the fact of having a woman of color in a role superpowered and heroic, not about her race or color but she just happens to be that.

Vincent Jerome, a Black British actor who plays Christian Davis says he rarely gets to play characters who get his point of view, because the characters he normally plays have a point of view that is stereotypically a man of color who is British. Whereas the guy in this has a view that is unconventional in terms of what’s represented, but not unconventional in terms of his experience with people who are from his background.

What was the initial reaction to the show in the UK?

A lot of our audience are sci-fi, superhero audience, comic book readers. Also, because we are selling a working-class, grounded sci-fi story, I’d like to think that we captured some people that would be fans of straight drama as well. 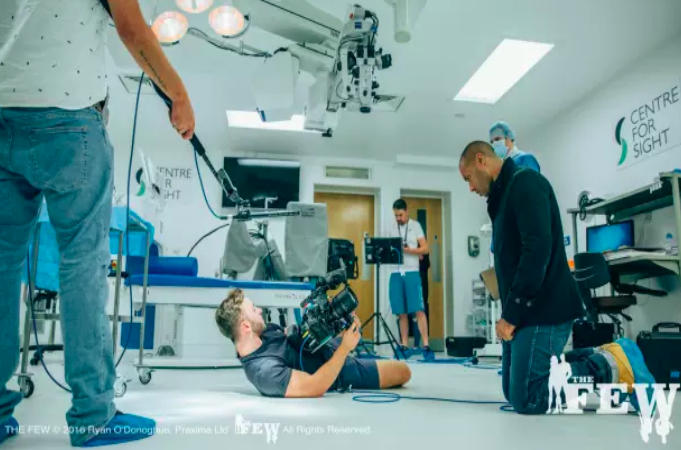 You describe London as “seen in a way it’s never been seen before,” on the second season, please elaborate.

Yeah, we’re trying to use more because obviously in the first series, we had to use a few classic hits like Big Ben and the house of Parliament. So this time around, we’ve got a few ideas for some other spots that also might make people go, yeah, I need to go to London. But, there’s also taping to the rough, maybe the darker side. There might also be somewhat of a gang in this series. There will be a bit more of the street life without deliberately anything that is from the real world, but hinting at darker sides of the city and also working class people with heart and with good intentions and drive and just trying to figure out life.

Do you think the whole action hero/superhero will last more than a generation?

In terms of action/superhero, I was having a conversation with a cast member called Jeremy (Vilmur) of Geekish Cast. I said, well, America, that’s where the superhero was born. He said, well, you know, look at The Scarlet Pimpernel, look at James Bond and Sherlock Holmes. Then we said, yeah, if you are technical about it, you could go back to the Greek gods and the Romans. Lots of cultures have their gods stories, whether it be Hermes pretty much wears the things that The Flash wears on his head, Hermes wears on his feet. I think it’s never going to end is my answer.

You recently filmed War of the Worlds; so I heard Tom Cruise and Jack Nicholson were your favorites?

One of the first films I saw in the cinema was the first Mission Impossible film when I was really young. Even though I totally couldn’t follow the plot, I remember having to re-watch it loads. But, I remember coming out of that cinema, having that movie theater high. And, I say this as a white male, there’s loads of white men who play leading parts in films. But as someone who grew up on Sly Stallone and Arnold, Bruce Willis, people like that, I never really saw myself in them. But when I saw Cruise in that, through his build, his face shape and his hair color, I thought, “wait a minute, I can picture myself in that.

Tom Cruise’s performance really hit me and I’ve been a big fan of his since then. I think his kind of career, with awesome dramas and good sci-fi is a really good combination.

For more information on supporting season 2 of The Few: Dark Future on Indiegogo.