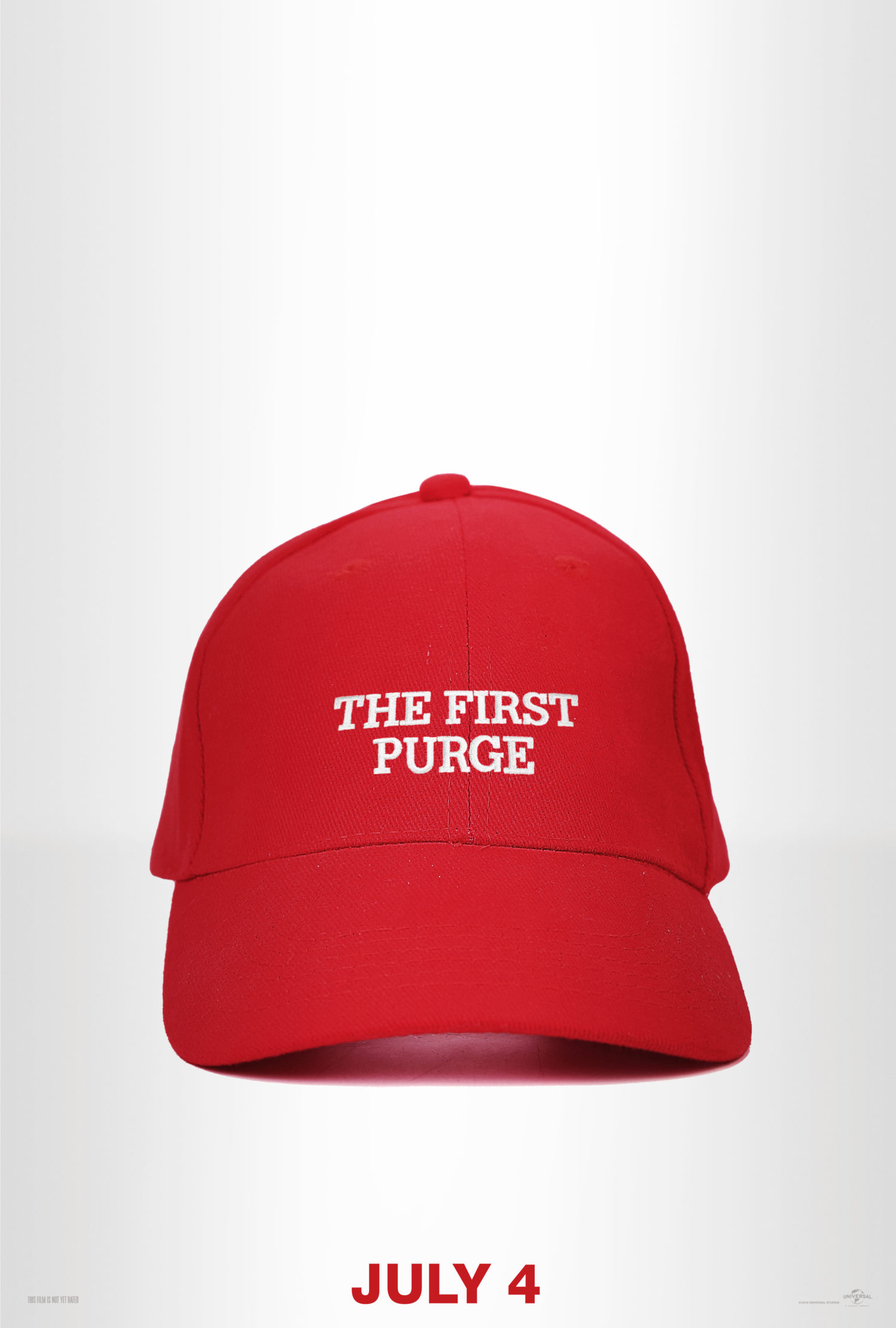 The Purge appropriately returns this Independence Day with its fourth installment, The First Purge. Universal Pictures has revealed The First Purge poster, featuring an image of a familiar-looking red cap with the title.

The Purge series is a political dystopian drama set in a future United States where the New Founding Fathers, in an attempt to reduce crime, sanction 12 hours each year during which all crime is legal, called “the purge.” In the last three installments, the purge is well under way and ingrained into the psyches and culture of the American people but, unlike the other films, The First Purge explores the phenomena’s origin.

Behind every tradition lies a revolution.  Next Independence Day, witness the rise of our country’s 12 hours of annual lawlessness.  Welcome to the movement that began as a simple experiment: The First Purge.

To push the crime rate below one percent for the rest of the year, the New Founding Fathers of America (NFFA) test a sociological theory that vents aggression for one night in one isolated community.  But when the violence of oppressors meets the rage of the marginalized, the contagion will explode from the trial-city borders and spread across the nation.

The First Purge is directed by Gerard McMurray (Burning Sands), working from a screenplay once again written by DeMonaco.  www.thefirstpurge.com

Dy is an aspiring filmmaker with a B.S. in Video- Film. Her hobbies include binging anime, reading comic books and watching TV and movies. Follow her on twitter @dyprinzess.
Writer’s note: I am speaking on behalf of myself and my views do not necessarily reflect those of anyone else.