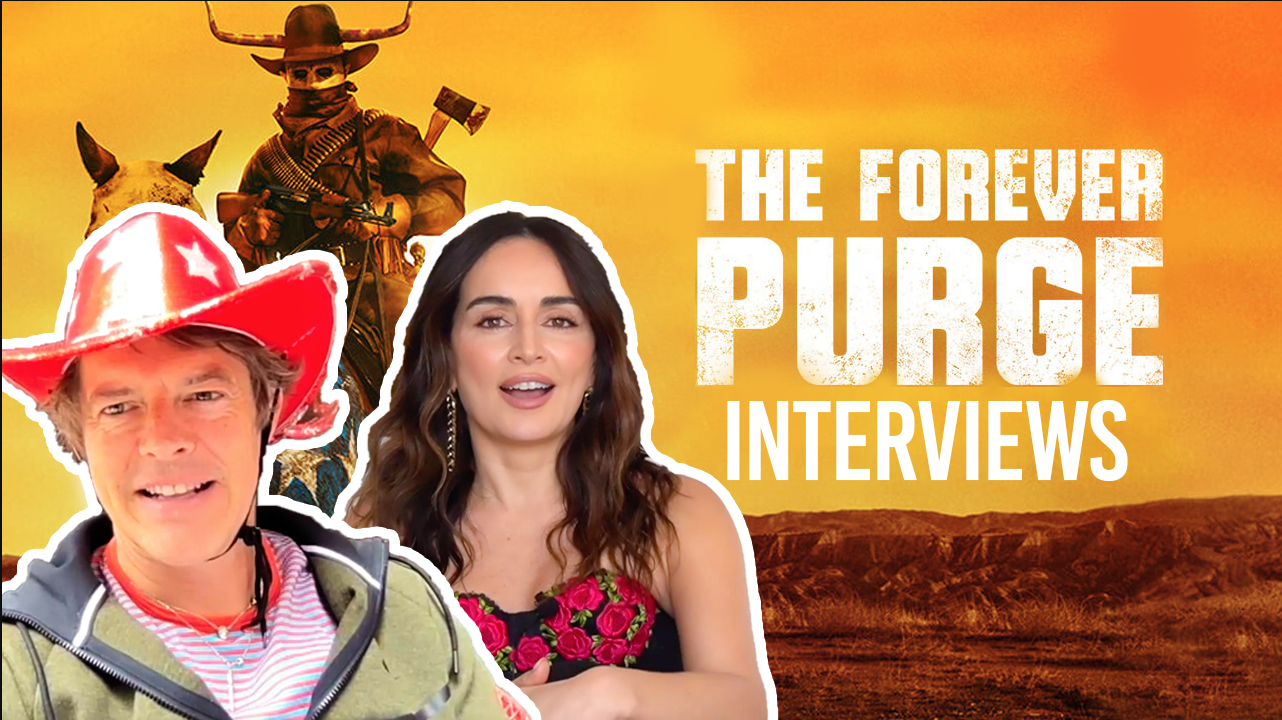 Vaulting from the record-shattering success of 2018’s The First Purge, Blumhouse’s infamous terror franchise hurtles into innovative new territory as members of an underground movement, no longer satisfied with one annual night of anarchy and murder, decide to overtake America through an unending campaign of mayhem and massacre. No one is safe. Adela (Ana de la Reguera, Cowboys & Aliens) and her husband Juan (Tenoch Huerta, Days of Grace) live in Texas, where Juan is working as a ranch hand for the wealthy Tucker family. Juan impresses the Tucker patriarch, Caleb (Will Patton, Halloween), but that fuels the jealous anger of Caleb’s son, Dylan (Josh Lucas, Ford v Ferrari).

The Forever Purge is available in theaters July 2nd.

‘Thriller’ is a Fun High-School Slasher Homage, With a Twist