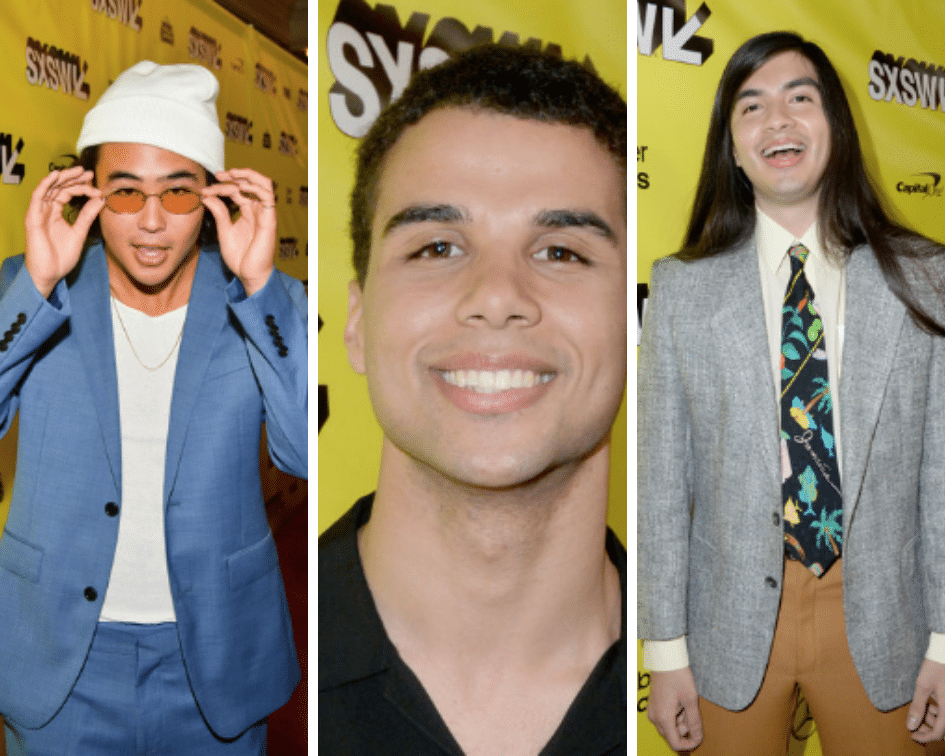 On a typical Friday afternoon on the set visit of Olivia Wilde’s new film, Booksmart, this writer finds himself in the company of three very talented young men.

Mason Gooding as Nick, Nico Hirage as Tanner, and Eduardo Franco as Theo are all members of the cast of the soon-to-be hit film. These three guys revealed their high school experiences, what it is like working with Olivia Wilde and even give us a glimpse into what they do in their downtime.

Can you speak on how relevant this film is to your high school experience?

Eduardo:  Well, high school for me was… I wasn’t a complete dork, but I wasn’t that cool kid. I was in the middle. I just remember being poor. I remember going to parties, but I was always the driver. As far as the relevance to this film, I think the cliques are similar. I did see the straw dogs in my school, the jocks, and athletic kids, that you know are going to talk about [high school] for the rest of their lives. They peaked there.

Can you guys describe your relationship in the film?

Eduardo, Mason, and Nico: [Unison.] We are best friends.

Nico: Nick [Mason’s character] is the hot guy that everyone crushes on, and somewhat even us. He is the hotshot dude. Theo and I are his two sidekicks.

Eduardo:  I see us all like Leonardo, Michelangelo, and I’m Donnie (Donatello).

Mason: It’s funny, in the beginning, when we started filming, the characters of Tanner and Theo were much smaller than they ended up being. Once [these two] got on set, they just brought the right humor onto the stage. It just kind of turned it into what we have now.

Have you ever done that science activity in class, when you connect all the right parts together and electricity goes through it? It’s like that working with them. It just goes, and it’s really interesting to work together.

Mason: Sometimes you have to pretend like you really like someone, and once the camera stops rolling you end it. But here, it felt so natural. We had sleepovers. A lot of the cast ended up staying with one another periodically. Nico was in my crib.

Eduardo: It wasn’t forced. It was easy, and we still text each other.

How did you feel about the script when you first read it?

Eduardo: When I first read it, I was reading for Nick, and so was Nico. We both were. I went in there, but I got [Theo].

Nico: I had a bit of a journey. I interviewed for the part of Jared. Then, they hit me back and asked me to interview for the role of Nick. A couple of weeks [before shooting], they called me up and said I’m Tanner. I didn’t interview for him — they just said, “You’re Tanner.” I was like, “Okay!”

Mason: I actually interviewed for Miss Fine, and my second choice was Molly. [Laughter from all three.] But I got my third choice, Nick.  It’s a cool process. A lot of it dealt with improv and feeling like the characters. Actors are the precocious type, and we need to feel like we are creating something, when in fact it is the words that we are bringing to life. The amount of improv really helped to give us a sense of who the characters were and who we were. 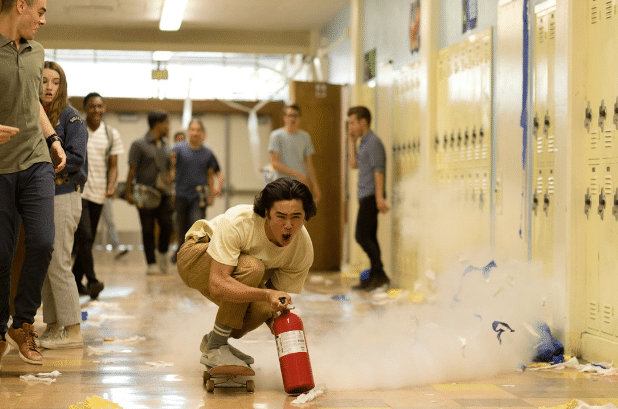 Can you describe the vibe on set? How is it like having Wilde as a director?

Eduardo: Olivia is terrific and cool. She gives a f— about what she is doing. If you really care about what you are doing, you can tell. She really cares.

Nico: We start off with a huge hug in the morning. We start off all cozying-up. When she gives you advice, since she is a great actor herself, she will show you what she means.

Eduardo: That is so true! I have had other directors tell me to try it a different way. They will try to explain it in words, but when I ask if they can show me, they say it’s up to you. I can build on what they show me, but I am not sure why some people are nervous about showing you.

Mason: She has an incredible diction and ability to articulate exactly what she wants. Some directors will tell you what they want, and you’re like, “Okay,” and you’ll do it. But she will very accurately direct her ideas that are very striking in her head so you can see what she wants in your performance. It really does feel like a family!

What do you guys like to do on your downtime?

Mason: I have been boxing for like ten years. I did that pretty religiously for a while, up until I got a few concussions. My mom was like, “Listen, you’re not the brightest bulb in the box and we are not going to make that any worse. So, let’s make sure you keep some.” So, I boxed for a while and played a lot of video games. Anyone who tells you that is not the next form of storytelling is wrong.

Eduardo: E-Sports. They are athletes, and they make racks — meaning money. I make raps in my free time. I’ll even give you a little sample. [Gives BGN a short sample rap.] I won’t lie and say it’s a freestyle. When I’m on the other side and someone says, “I’m going to freestyle it,” I know it’s written. That to me is weak sauce. Our rap duo is Dumb Bitches W/ Internet. You can find us online.

At the end of the get-together we all stand to leave, and they are off to their performances. Their talents will soon be seen and enjoyed by many who watch their hilarious comedy.