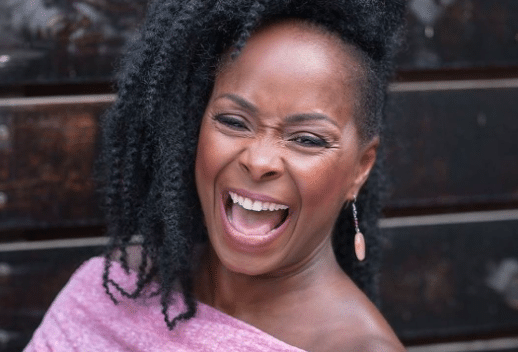 Veteran actress Crystal Fox’s big break happened in 1989 with the role of Officer Luann Corbin in the NBC/CBS police drama, In the Heat of the Night, co-starring with the late Carroll O’Connor (All in the Family) and Howard Rollins (A Soldier’s Story, Ragtime).

She currently stars on OWN’s No. 1 scripted TV drama, Tyler Perry’s The Haves and Have Nots, which is in its sixth season.

I talked with Crystal about Big Little Lies, working with Tyler Perry, the late Carroll O’Connor, Howard Rollins, and time spent with her aunt — the late, great Nina Simone. 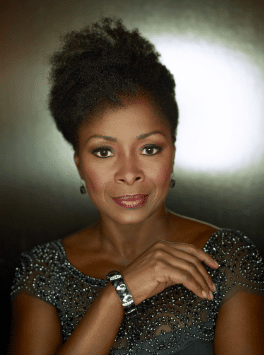 Congratulations on joining the cast of Big Little Lies! How did you get the part?

Casting director David Rubin (The Firm, Fried Green Tomatoes) saw me at the Sundance Film Festival last year. I did a film with Forest Whitaker, and there was a Q & A after the screening. When I got home from Sundance, my agent called and said David wanted me to do an audition tape for Big Little Lies. I was already a fan of the show, and I was excited about Meryl Streep joining the show. She is someone I’ve admired since the beginning of my career.

Bonnie’s mother is described as “quite the nasty character.”

That description of my character surprised me. As an actor, you don’t judge a character. If you do, you can’t bring out the humanness in the character. I don’t see Elizabeth as nasty.

Can you give us a hint of what viewers can expect from Elizabeth?

Anybody who watched knew how the season ended. When you bring parents into the show, it’s either because it’s something they know or they’re going to find out. Parents don’t just pop up unless they have an instinct. They want to see their child. 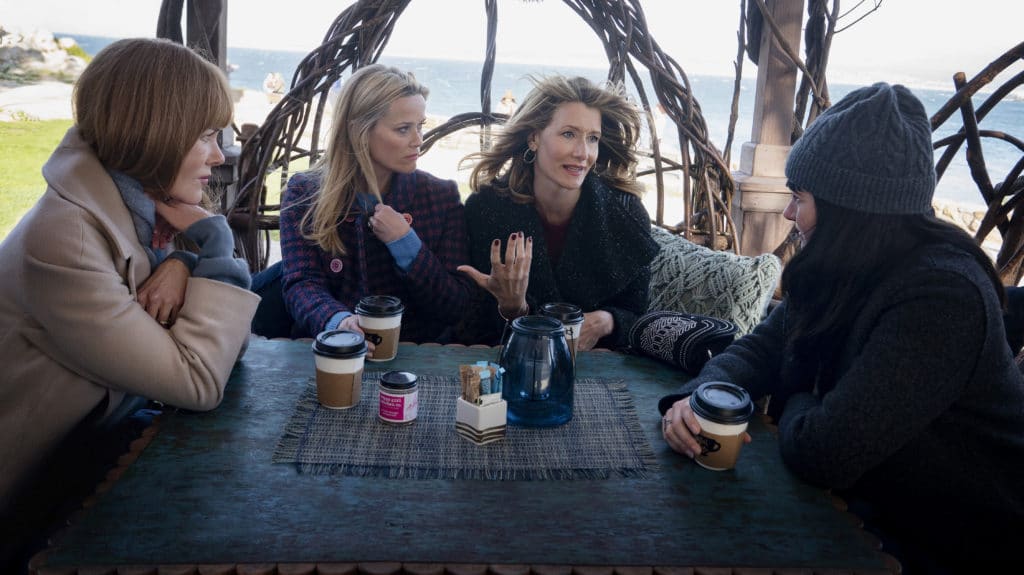 What was it like to work with Reese Witherspoon, Laura Dern, Shailene Woodley, Nicole Kidman, and Meryl Streep, who joined the show this season?

I worked with most of the cast. I was in a scene with Reese and Nicole. I was not in a scene with Meryl. However, I met Meryl last February when we returned to do some touch-ups. It was very empowering to be a part of this cast. 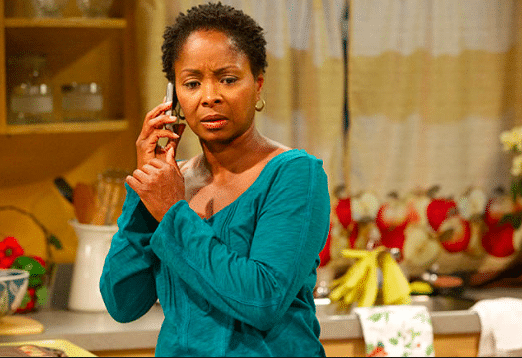 How did you get the role of Hanna Young in The Haves and Have Nots?

I auditioned for two roles: Hanna Young and Veronica Harrington. When I read Hanna’s part, I gravitated toward her. I felt like I knew who Hanna was. [Tyler] Perry was excited about my audition, and he let me know how special it was. However, that didn’t confirm that I’d gotten the job. [Laughs.] Some weeks went by, and I was going to Oregon to work for a year. While I was there, I got a callback to read. I arrived at the studio, and the lobby was packed with actors. When I got on the elevator, I met Renee Lawless (Katheryn Cryer) who was also auditioning. We clicked right away! All the Hannas, Katheryns, Benny Youngs, and other characters auditioned with each other. I got the chance to audition with Renee, and it was awesome. I found out later that I got the part.

After the mid-season shocker, where will the storyline go?

One of my favorite things that Tyler’s done with Hanna’s story is the question of forgiveness. Can you forgive someone who raped you years ago? Can you continue with the relationship?

Can you talk about Amazon Prime’s Utopia?

It’s still developing. I can say that it’s based on a British series, which only ran two seasons. I watched the series, and it was very interesting. Gillian Flynn (Gone Girl, HBO’s Sharp Objects) is behind the new show. This has been her passion project for five years.

I remember you from the TV series, In the Heat of the Night. What was it like to work with Carroll O’Connor and Howard Rollins?

It was great! I was a fan of Howard’s from his performance in A Soldier’s Story, and I was looking forward to learning so much from him. As an actor, you study trained actors for growth. I could not wait to watch him work. One thing about Howard was when he was going through some legal problems, he did not let many people in his space of trust. He let me and Carroll in, and it was an honor. I will remember that for the rest of my life. We called Carroll “Pops.” Carroll created the character Luann Corbin. I came in thinking I was auditioning for a character who was shot and killed. It took forever to find out if I got the part, and I thought I messed up my chance. It turned out that Carroll was getting Luann together for me.

Here’s another thing. I’ve seen the movie In the Heat of the Night, but never watched the series. My audition was a long process, and I was seeing all these people. One day I was told the last person I would see was Carroll. I asked, “Who is she?”

They laughed, too, and thought I was joking! At the last audition, I go in this room, and it’s like a maze. I hear somebody walking. When the person turned the corner, it was Carroll. And I screamed! [Laughs.] He shook my hand and smiled. I got the part. Carroll loved actors with a theater background and actors who are expressive. I had both.

Your aunt was the legendary singer Nina Simone. Did you get to know her growing up?

My grandmother called her Eunice. Nina Simone was a name given to her. My grandmother lived in North Carolina, and we spent Christmases there. Every now and then, Aunt Nina would join us. Me, my sister, and Nina’s daughter, Lisa, and her brothers would be together. There were gaps over the years when she’d lived out of the country. She returned one time, and it was my birthday. She gave me my first bottle of champagne.

What are your favorite songs from your aunt?

“Mississippi —damn” because my sister and I could curse! [Laughs.] My second favorite is “Wild is the Wind.” My aunt wanted to be a classical pianist, not a singer. At the end when she played the piano? That was her heart. The third song is, “Turning Point.” She sings in third person and sounds like a child. I would always get emotional about the song when I was a child, but I didn’t know why. She sings about a child asking her mother if she could play with this brown girl, and the mother says no. You can’t hear the mother, but you can tell from Nina’s childlike voice, that it’s because the girl is not the same race.

Tyler Perry’s The Haves and Have Nots airs Tuesday nights at 9/8c on OWN.