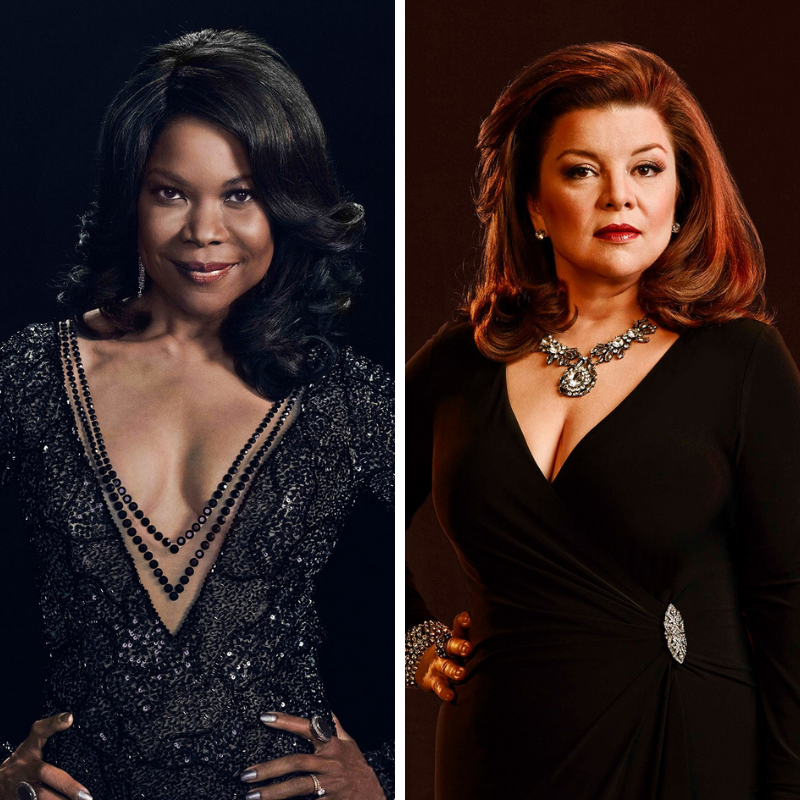 The final chapter is closing on the Tyler Perry series The Haves and Have Nots.

In this final season, viewers will see the wealthy residents of Savannah, Georgia, involved in a true-to-life Greek tragedy as Judge Jim Cryer (John Schneider) and his rich friends are all finding out what happens when personal flaws go unchecked. Karma has not been kind to the elite one-percenters.

In an exclusive press conference featuring actors Angela Robinson and Renee Lawless, the two shared their thoughts about working on this final season and what that journey has been like for each of them respectively.

When Angela Robinson first prepared for her role as Veronica Harrington, she jokes that, “I have a punching bag in my living room.” The devious character who has ruffled a lot of feathers over several seasons has been a thorn in everyone’s side at one point or another. Robinson says, “It’s more about Veronica’s essence. It’s about staying cool under pressure, and that I don’t show too much emotion. When something is sad, I try not to cry. When something is funny, I try not to laugh.  But I don’t prepare for the evil. I don’t find her evil — she’s complicated.  She has issues, but they are from real, real things.”

Robinson further elaborates on the double standards of how female characters are depicted in media compared to their male counterparts.

As for character adaptation and inspiration, actor Renee Lawless shares the origin story of Katheryn Cryer. “Katheryn was modeled after Kathy Bates’s character from The Family That Preys.  And there was a lot about her that I experienced growing up. I saw a lot of those upper-class women. I just intuitively got her. My goal was to humanize her.  I also drew a little bit from Jane Wyman from the Falcon Crest days. So my goal was to give her a little bit of humanity.”

Many young readers of this publication may not be familiar with Falcon Crest, but it was one of the most popular prime time soap shows in its heyday, next to Dynasty, Dallas, and Knots Landing.

So what’s next for some of the cast of The Haves and the Have Nots? For Angela? She’s interested in writing. “What’s next? I am looking forward to Broadway and writing the book that I want to write, and spending time with my family.  As well as cheering my castmates on.”

Renee looks forward to her next big role. “I look forward to that next acting adventure, but I also have been increasing speaking engagements and projects I am trying to pitch. I can’t wait to see what doors the Lord is opening for me and everyone.”

The press conference did hit an emotional bump when Angela and Renee were asked what their message to fans was.  It was at this moment that it hit both of them that this is why they enjoy what they do.

As Renee takes a breath, she says, “We are now here because of you. You have afforded us 8 years of some of the most glorious times of my life. I hope that down the road that we have that reunion in a film or something, but know that we gave it our all and we have valued you as much as you have valued us.”

Angela adds succinctly, yet perfectly. “We love you. You changed our lives.”

The final season series premieres Tuesday June 1 on OWN at 8:00 p.m. ET/PT