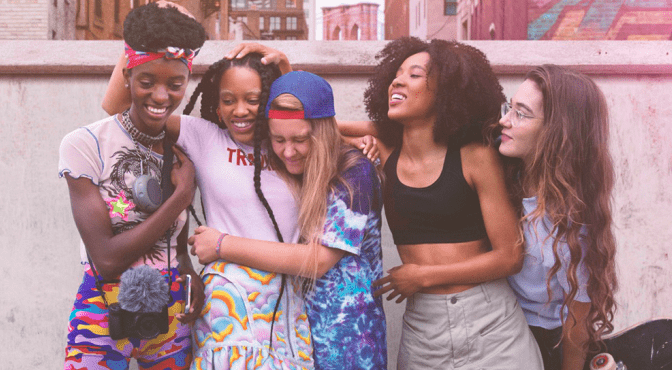 Get ready for some too-long-neglected representation of New York’s skate culture through the lens of some mad awesome chicks. I’m talking about HBO’s show Betty, directed by Crystal Moselle, a spinoff of Moselle’s 2018 film Skate Kitchen.

This show has hit the screen just in time for Pride month, so let the celebration begin! You won’t want to miss some epic queer Black Girl Magic.

Betty introduces audiences to a sick skater girl squad that’s made up of a diverse and predominately Black woman cast. The show challenges so many assumptions about skater culture always being white, male, straight, cis, and Southern Californian. One of the most exciting parts of the show is its depiction of normalized queer romance.

Once you start this series, you’re not going to be able to bail. While there are some drawbacks to the acting quality of these upcoming stars, the overall ethos of this show is better than a perfectly executed kickflip underflip followed by a gnarly gazelle flip (was that an epic fail, my skateboarder peeps?).

Watching the fun missions around the New York City cityscape, I found myself entertained by this show, as it redefines how media and society view the “skater girl” identity. It’s very bold in its portrayal of the skater girls being confident in their freedom, ruggedness, and rawness. 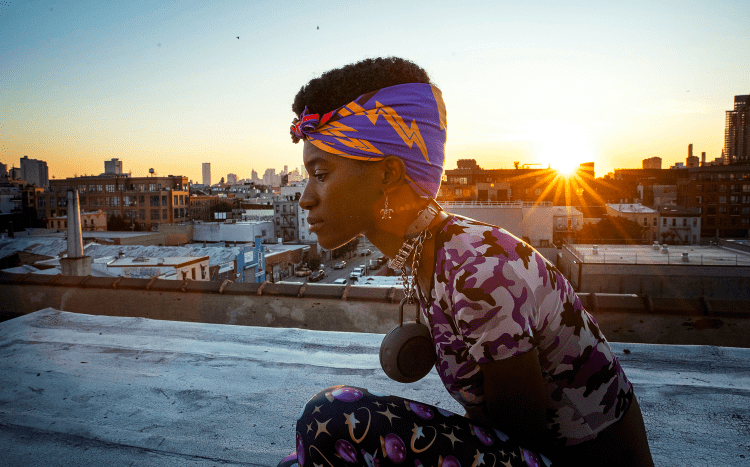 It was refreshing to have the characters Janay (Dede Lovelace) and Kirt (Nina Moran) back on the screen for some skateboarding adventures after starring in Skate Kitchen. There’s no beating Moselle’s use of actual skateboarders, rather than actors who are paid to pretend to love the activity.

The ensemble is a united matriarchy league of friends who want to make skating an integrated activity instead of a “white bros only” club. While the show centers around skateboarding, it addresses how queer women of color are often discounted and pushed out of activities that are deemed too straight or too white for them to belong to.

Most Black girls have experienced the heartbreak of being told that what they love is something that Black girls aren’t supposed to be a part of. For myself, being a Black girl who liked Fall Out Boy, anime, reading (literally everything in sight), classical choral music, academia, and indoor skating wasn’t exactly what society was expecting. So, Betty really resonates with me, as it has with many womxn in search of selfhood outside of the limitations of social construct. 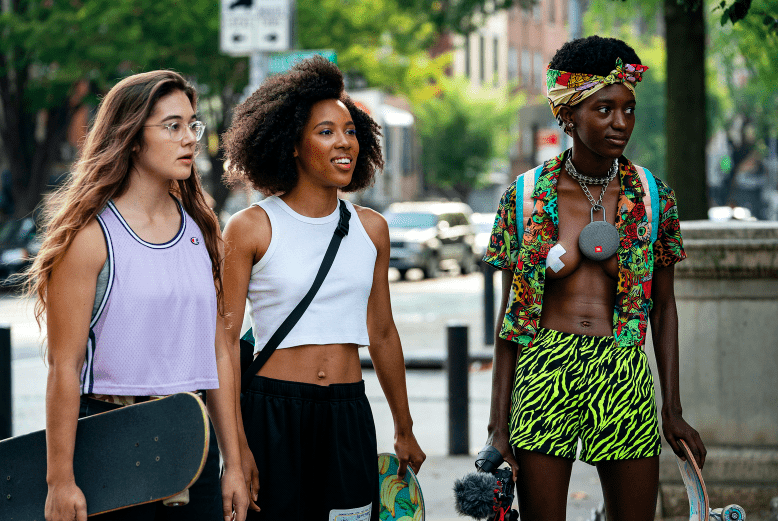 It’s a liberating journey as audiences join Janay (Dede Lovelace), Honeybear (Moonbear), Kirt (Nina Moran), Indigo (Ajani Russell), and Camille (Rachelle Vinberg) through not only their metamorphosis as skaters, but also as people.

One of the best parts of this show is that there are no token characters. There’s a diversity of Black women with a dazzling range of skin shades and walks of life. Audiences know the gender identity and sexuality of some characters, but not all of them, and it’s refreshing.

There’s no trope for any of them to perform Blackness or gayness in an excessive way. They all take on different battles but connect and heal through skateboarding.

Janay is intimidated by a guy rumored to have assaulted a girl at a party. She is threatened by the presence of toxic masculinity. Honeybear has to hide who she truly is from her parents because they diminish skateboarder identity and would reject her. Camille is constantly overcompensating to the male skaters to prove her worthiness to them. Kirt rejects traditional gendered language by calling everyone “dude” and “bro” in true skater fashion, no matter what backlash may come her way. 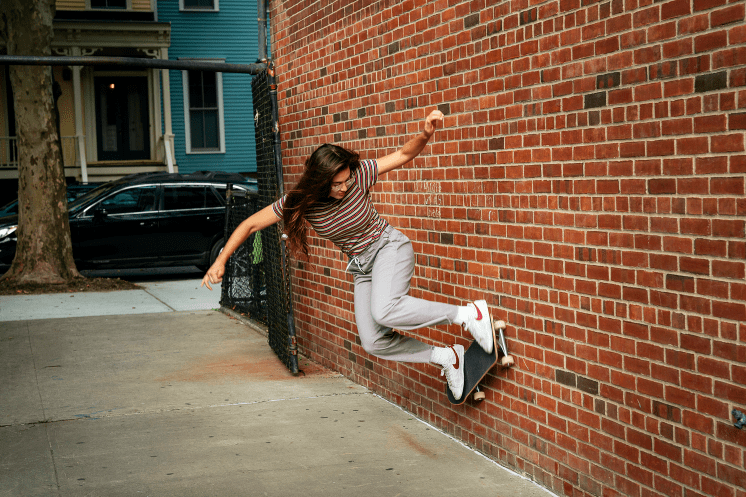 The girls are fighting ideas and norms constructed by the patriarchy. They refuse to perform civility and girliness the way that society has framed them.

Gender theorist and philosopher Judith Butler once wrote, “There is no gender identity behind the expressions of gender. … [I]dentity is performatively constituted by the very ‘expressions’ that are said to be its results.” Butler was explaining that women only act “lady-like” because they are told that as a biological lady, they must do certain things to be “acceptable.”

However, Moselle’s characters challenge this notion by making their own rules. While there is pushback, they remain a team of steadfast bad asses no matter what.

Moselle also does a commendable job depicting New York City as the diverse metropolis that it is. This isn’t the whitewashed Sex and the City New York (even though I can’t deny, that show is my guilty pleasure, no pun intended). Moselle’s New York shows us people of color, grunge, and homelessness. Our girl gang isn’t catching taxis and attending posh city galas — they’re getting up each and every time the city both literally and figuratively knocks them down.

They remind us that even when we are knocked down in life, it’s possible to get up even stronger than before. It’s unfortunate that self-isolation has caused all of the in-person Pride parades and festivities to be postponed this year. With the pain of policy brutality and the weight of everything that has happened, it is comforting to have a show like Betty to remind us to celebrate Blackness and queerness. No matter how rough the road gets, this show will always be totally righteous, my dudes.