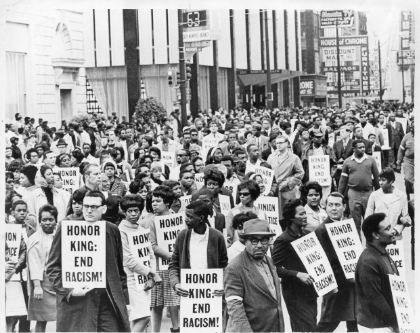 To understand the present, we look to the past. Smithsonian Channel proudly presents an evening to explore our nation’s path to the present moment. Unlocking notable documentaries spotlighting the pivotal moments of history that paved the way to the nation’s present. The award-winning slate tackles the history of unrest in America and the momentous events that shaped our future. HOW WE GOT HERE “THE HISTORY OF CONFLICT IN AMERICA” begins Saturday, January 23 at 3pm ET/PT on Smithsonian Channel.

“Smithsonian Channel’s vast library of documentary material includes coverage of pivotal moments in the history of our country,” said James F. Blue III, SVP and Head of Smithsonian Channel & MTV News and Docs. “I am immensely proud to present a slate of films, carefully curated by our incredible team of storytellers, that highlight historical moments of conflict in the United States and how the American people faced them. In gaining a better understanding of past conflicts, we are better equipped to tackle the serious challenges we face today. It is our privilege to contribute to the national conversation in this way.”