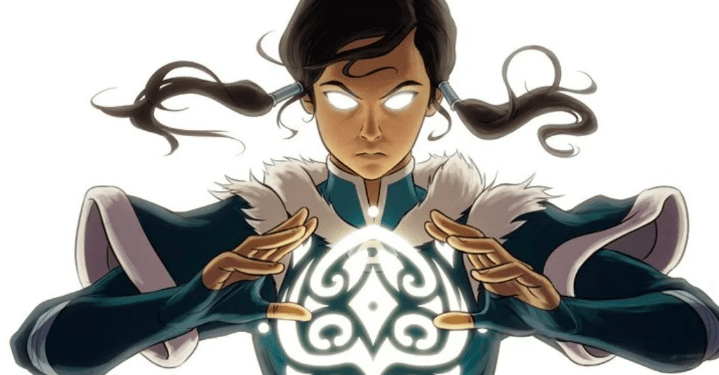 Fans both old and new are rejoicing as they mark their calendars and anticipate the magical art, action, and adventure in the hit Nickelodeon animated show, The Legend of Korra, created by the dream team Bryan Konietzko and Michael Dante DiMartino.

The original series, Avatar: The Last Airbender was just added to Netflix in May, and its Earth shatteringly epic sequel series The Legend of Korra will be added on August 14.

The Legend of Korra takes place 70 years after the original Avatar series and follows the newest Avatar named Korra. She is from the Southern Water Tribe and is known for her over-zealous personality and powerhouse moves.

While the series is a sequel, Korra’s story is very different from Aang’s. From the new technology to the changed sociopolitical atmosphere, Korra’s experiences prove to more violent and deadly than many would have been accustomed to seeing in the original series.

Many newer Avatar fans have yet to see Korra, and this is the perfect time to have a double series feature and appreciate the value of watching both back-to-back.

During a time of adversity for so many people, Korra reminds us that sometimes when we hit our lowest points, we are open to the greatest change.

The Legend of Korra does a beautiful job of exploring and unpacking PTSD, trauma, queerness, political unrest, radical healing, and so much more.

The new forms of bending and backstory also allowed audiences to understand more Avatar lore and gain additional insight into the Avatar cycle.

There seems to an age-old divide on which series is better, Korra or the original Avatar series. However, what many fans can agree on is they are both unique in many ways.

The tones and environments of each series are different, and the character developments take on very dissimilar paths.

Both engage in compelling narratives of the spirit world and the Avatar’s divine connection to the elements, but they do so in their own ways, and are both pretty awesome.

Often, Korra’s story is far less innocent and engages with many more adult themes than its predecessor. The show is constantly pushing the envelope enough to make many viewers wonder if it’s really a children’s show.

While Avatar fans are ecstatic about this Korra news, many are still wondering about the live action Avatar series that is supposed to be in production for Netflix.

There are several actors currently pining to join the live-action series. One of them is Star Wars’John Boyega, who is eager to see the Avatar world expand to Africa and introduce Black benders into the story.

For many Black fans, this sort of representation in the amazing series would be phenomenal. Giancarlo Volpe, who has directed several Avatar episodes, has voiced interest in having Boyega join the cast.

Dante Basco, the voice of Zuko, has mentioned that he is very interested in doing a cameo in the live-action show. While he won’t be playing Zuko, the actor is eager to continue his work on the series, and fans are loving it, Basco is a fan favorite not only for his exceptional portrayal of Zuko, but also for his approachable personality and passion for the show.

Basco has also shared that in addition to his own friends and family asking about potential auditions for the show, he has seen waves of fans inquiring about auditioning. Most fans have known from the beginning that the Avatar franchise is the place to be.

The show runners announced earlier this year that they will have open casting opportunities, but there have been several delays due to the pandemic.

Several fan pages and publications have assembled their own dream team of actors to portray the characters in a live action setting, but nothing solid regarding official casting has been shared with the public yet.

However, the creators are dedicated to creating a diverse team of characters that reflect the animated depictions as well as possible.

DiMartino explained earlier this year, “We can’t wait to realize Aang’s world as cinematically as we always imagined it to be, and with a culturally appropriate, non-whitewashed cast. It’s a once-in-a-lifetime chance to build upon everyone’s great work on the original animated series and go even deeper into the characters, story, action, and world-building. Netflix is wholly dedicated to manifesting our vision for this retelling, and we’re incredibly grateful to be partnering with them.”

There are many encouraging signs that when the live action adaptation does come out, it will be much better than the traumatizing movie version.

While everyone waits for more updates, they are treated to Netflix hyping up both series and taking advantage of more audiences being home and finally having the opportunity to become fans.

They are cleverly broadening their viewership to ensure that they have an enormous following by the time the live-action series is released.

It’s time to hop on Naga, grab Pabu, and embrace the disorder of the world outside as we indulge in the epic Republic City on our TV screens.