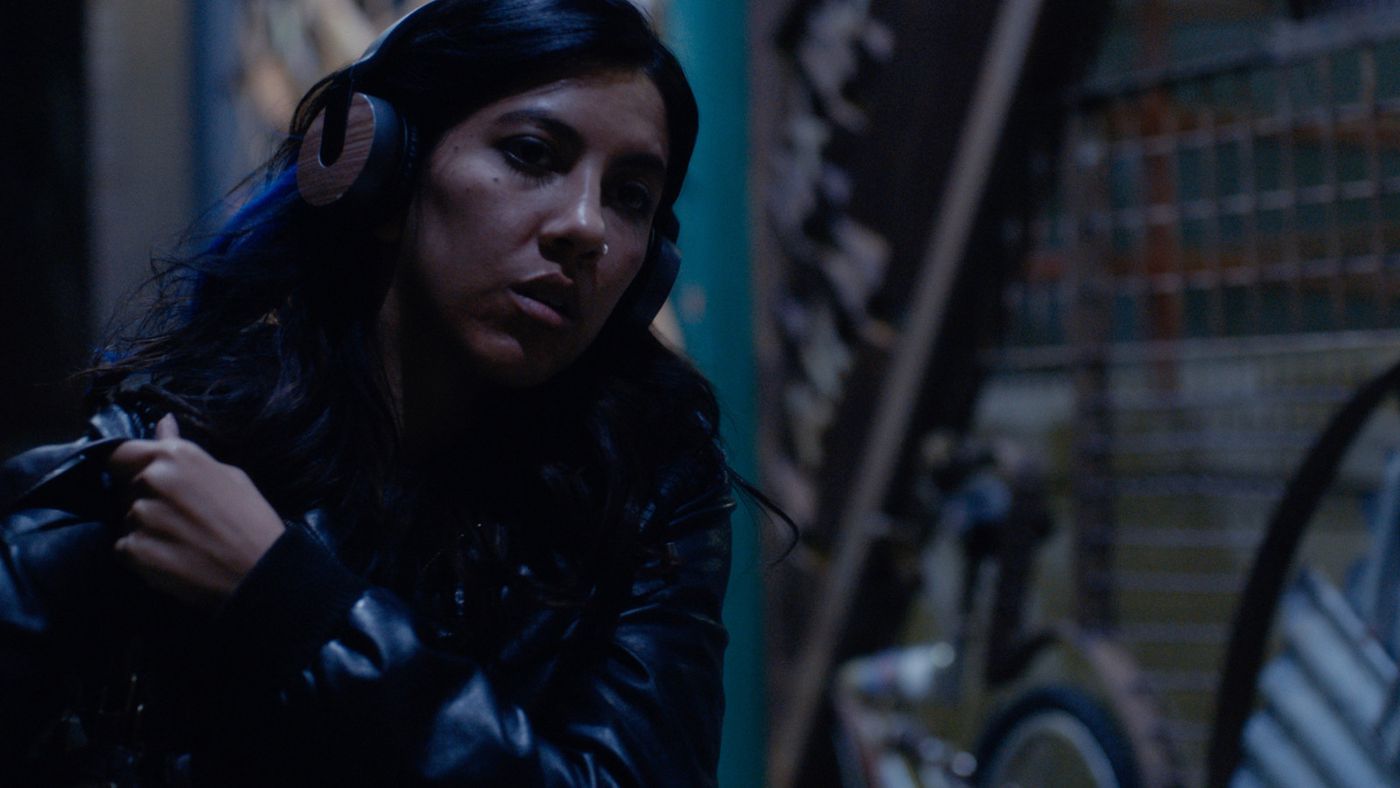 The Light of the Moon is lived-in, in every sense of the word. The cinematography and filming locations help support these Brooklynite characters with daily events, errands, and experiences. And because the film moves in that simple pace, it’s able to provide a point of view of how life continues after something as serious as sexual assault with sensitive yet impactful micro-moments.

The story centers on Bonnie (Stephanie Beatriz, Brooklyn Nine-Nine), a young and successful Latina architect, who is sexually assaulted while walking home from an evening out with friends in Brooklyn. At first, she attempts to keep the assault a secret from her long-term boyfriend Matt (Michael Stahl-David, Narcos), but the truth quickly emerges. Bonnie’s choice of dealing with the situation is to emphatically deny the impact of what has happened to her. She fights to regain normalcy and control of her life, but returning to her old life is more complicated than expected.

Following the highs and lows of Bonnie’s life post-assault is where the film succeeds. While the assault itself shakes the core of Bonnie, it does not consume her. We see Bonnie lie about her assault to her coworkers so she’s able to still perform, still go to outings with her coworkers, still walk home alone. For some viewers, this may be a display of denial on Bonnie’s end (which she does throughout the film). But there are earned moments where she attempts to live beyond her trauma, to have points of levity that give the film some texture. As a victim, it is equally OK to shut down after a terrible situation as it is to find reasons to smile and keep going. Beatriz does a solid job of showing a range of this.

The film also gives us an interesting perspective of being the loved one of a victim and how that dynamic works. Matt is in a weird space of being so supportive, he’s stifling his girlfriend and her recovery. To be clear: he shouldn’t be (and isn’t) the focus of their relationship. Seeing their attempts to recapture the intimacy they previously had is both heartbreaking and honest. The relationship falters and cracks begin to surface. However, the hot-and-coldness of their chemistry makes a compelling image.

The moon has always been a symbol that darkness is present. But the moon gives off its own light, and can be a beacon of clarity in said darkness. Eventually, it all comes to a head and Bonnie is forced to confront her own self-blame. This confrontation and realization that she holds these beliefs which could have been avoided is painful. But it opens up the light she needs to carve a clear path to keep going.

Sexual assault is real, and it is NEVER the fault of the victim. May we hope that all victims out there find their light like Bonnie has at the end.

The Light of the Moon Premieres on Amazon Prime February 28th