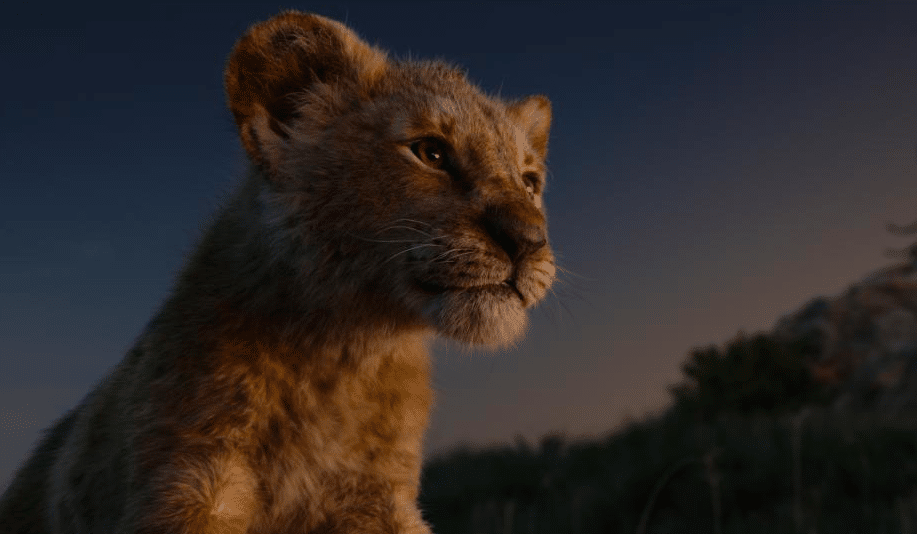 It’s the circle of life that classics will be made and then attempted to be re-made.

Disney is currently on a never-ending quest to adapt their animated classics into live-action adventures. But, even when following the original animated classic scene-for-scene, 2019’s version of The Lion King does not live up to expectations.

The film doesn’t pull its own weight. Even with the outstanding, hyperreal CGI effects, the film falls flat — when it should have shined. Anyone who knows me can attest that I am a massive lover of all things Disney. Disney trivia nights are my jam. So, it’s a tough thing to sit in a reimagining of one of my favorite stories and feel let down by what I saw on screen. The nostalgia is there, but the mark of a good Disney film is missing.

Disney brings us a version of The Lion King that is not as enjoyable as its predecessor. It’s the same story with some funny moments and beautiful scenery. The story at heart is still about a cub who is born to take his father’s place as king one day. Not everyone is thrilled, and sibling rivalry rears its ugly head between King Mufasa and his younger brother Scar. When things get terrible and lines are drawn in the sand, Simba flees with guilt and shame. In his new unconventional lifestyle and with the help of friends, Simba must find himself and defend his family, his home, and his honor. 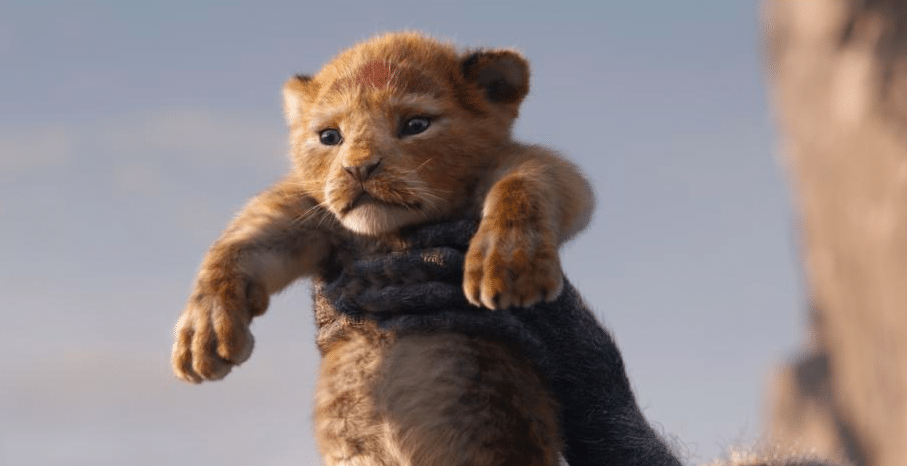 The film starts off visually striking as a play-by-play of the original animated film, from the opening lines of “The Circle of Life” to the drumbeat cue of the main title. It is beautifully done with the animation, music, and story. We get Pride Rock; we get Mufasa’s roar; we are introduced to the future king; we get a tribe that adheres to the order of the land. That’s the best part of the movie. Meaning, it’s all downhill from there. 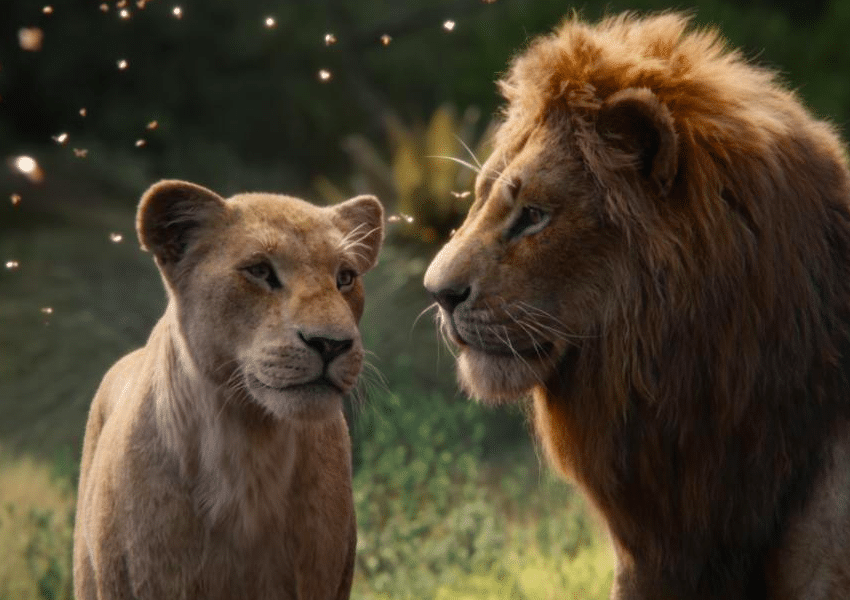 When it comes to voice talent, there are some great performances and, unfortunately, some awful ones. James Earl Jones continues to melt us with his smooth voice as King Mufasa. Alfre Woodard is the perfect Queen Sarabi. Her voice demands our respect. Donald Glover as Simba and Beyoncé as Nala only mix things up while singing “Hakuna Matata” and “Can You Feel the Love Tonight.” Chiwetel Ejiofor is fantastic as Scar. Even though he’s the bad guy, Scar is my favorite character. The hyenas have some funny quirks but are altogether forgettable, voiced by Keegan-Michael Key, Florence Kasumba, and Eric Andre.

Billy Eichner and Seth Rogen as Timon and Pumbaa are great, but they only take over the story for a few minutes so their performance is but a small shining moment of potential. John Oliver as Zazu is an excellent choice, but his words were muddled by the rest of the cast. Half the time hearing or understanding what he is saying is confusing. He is comedic for sure, but doesn’t add much in terms of commanding the audience’s attention. 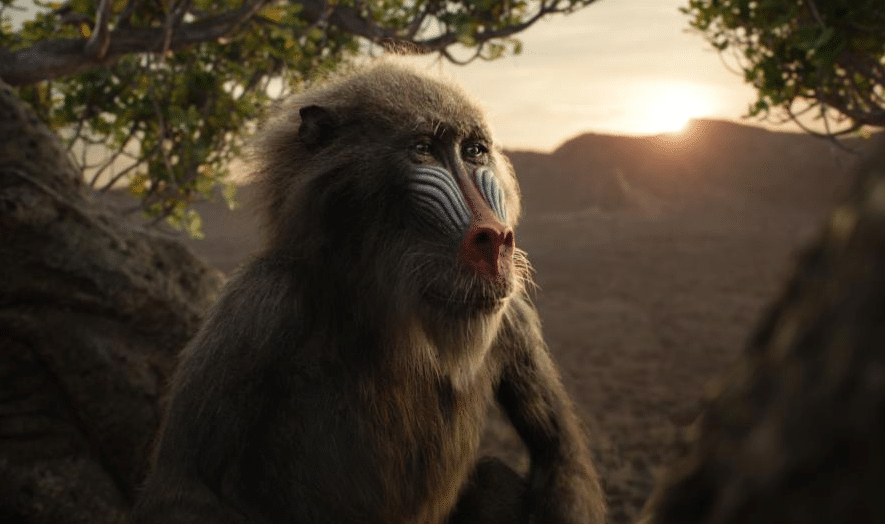 Part of what is unimpressive about The Lion King is the lack of expression in the animal’s faces. We all know it’s possible to make realistic looking animals with facial expressions because we saw it achieved in Jon Favreau’s last reimagining of The Jungle Book. In The Lion King, the voice work combined with the hyperreal CGI during the more emotional scenes comes off as bad dubbing. At times it sounds incredibly cheesy.

Honestly, it needs a touch of something real. This two-hour film needs a real person or a real animal to take away the CGI/animated feel. Did I still cry at the death scene? Absolutely. But that feeling was quickly taken away by the cheesy screaming as that beloved character fell through the air.

Let’s talk about music. The Lion King, after all, is a musical. The deployment of some of the songs didn’t flow as genuinely or carry the same amount of weight as the originals. While the songs do bring back the nostalgia of my childhood, some songs don’t have the same gravitas with these new actors at the helm. The song that really stood out the best, which I don’t think you can really ruin, is “Hakuna Matata.” It poked fun at itself; it was sung and emotionally acted well. It is by far the best-transitioned song. 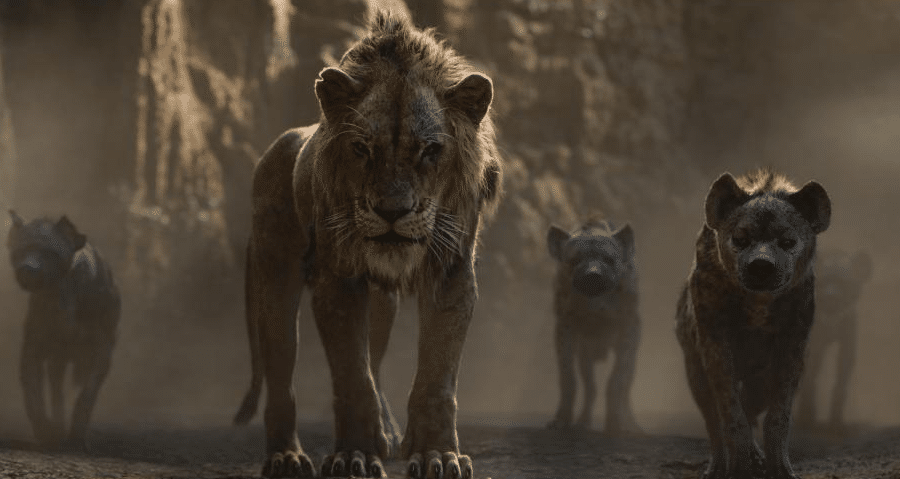 Jon Favreau was quoted saying, “Disney has had tremendous success with the original animated version and then the Broadway musical. I knew that I had to be very careful with it. I felt a tremendous responsibility not to screw it up.” He didn’t screw it up. The directing is great. It’s a little bit of everything else that brings the film down. The film doesn’t have that unique nuance that makes it stand out. It’s flat because he tried so hard not to change it.

I still think the world of all the people that worked on the film. Let’s face it: Is Beyoncé still Queen B? Yes. Does she fail to sparkle in this movie? Absolutely. It’s just how it goes. The Lion King 2019 is what we all feared when Disney said it was making live-action versions of its animated classics. That said, I still have the highest hopes for Mulan.