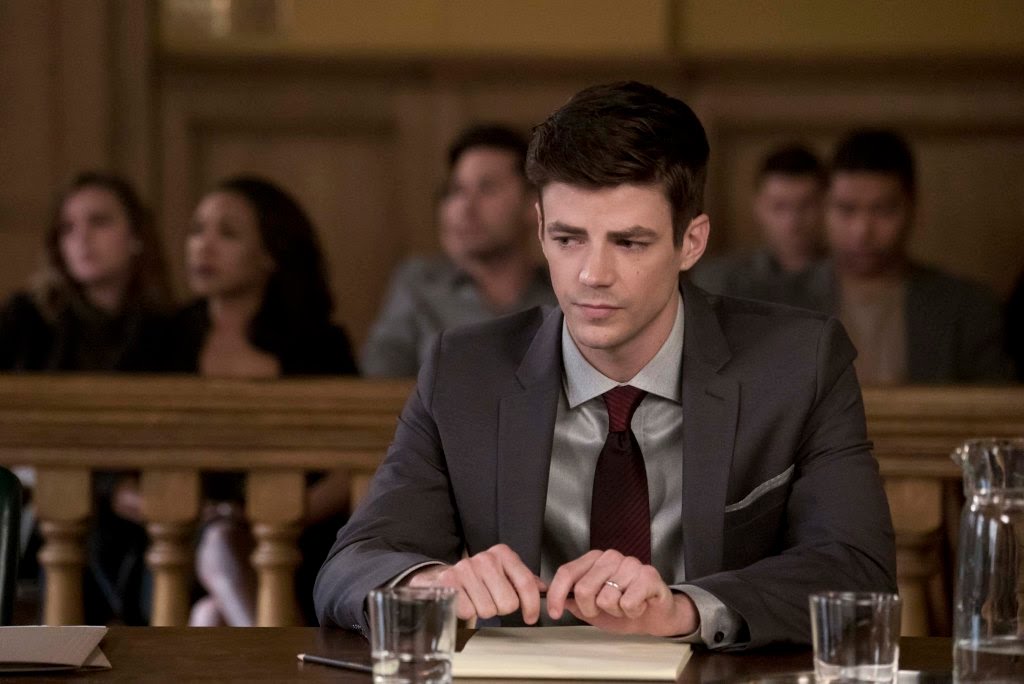 The Flash returned with Barry Allen and Team Flash dealing with Clifford DeVoe’s treachery in its mid-season premiere. After framing Barry for his murder and transporting his consciousness into the body of mind-reader Dominic Lanse, Clifford and his partner in crime, Marlize DeVoe, spent the episode satisfied with Barry’s downfall as he struggles to prove his innocence in court.

Team Flash is shaken up by the new development in the Scarlet Speedster’s life, with members trying their best to save Barry from incarceration. This is especially true for Joe West and Iris West-Allen. Iris struggles with the fact that her husband is always getting taken away from her and wants to reveal Barry’s identity as The Flash to Central City. She contends that if his superhero identity is revealed, the jury won’t find him guilty of DeVoe’s murder. Barry, however, is against it, stating that if his identity is revealed, Iris and the rest of the gang would be targeted by his enemies; a fact that he wouldn’t be able to live with.

Unlike Iris, Joe doesn’t talk to Barry about his plans to save him. Instead, Joe enlists the help of Ralph Dibny and the two go on a crusade to find dirt on Marlize DeVoe to try and discredit her. When their efforts fail, Joe contemplates planting evidence at Marlize’s house but Dibny talks him out of it.

I’m not sure why Barry Allen is so chill about facing prison time. I mean, dude just got married, escaped the Speed Force, and has a fabulous group of family and friends to enjoy life with. Shouldn’t he be doing everything in his power to clear his name? But he doesn’t. He doesn’t testify, doesn’t reveal his superhero identity, and won’t solve his own case using his speedster powers. Barry is set on going to prison. It’s irritating, to be honest, and I can’t help but think that Iris is annoyed that Barry isn’t really willing to fight for his freedom too. Except maybe he has, well sort of. Cisco notes that when Barry first escaped the Speed Force, his babbling wasn’t as incoherent as originally thought. Actually, after Cisco studied the babbles more thoroughly using SCIENCE, he discovered that Barry referenced his present situation regarding DeVoe’s “murder.” Hopefully, the next few episodes will reveal something from Barry’s Speed Force babbles that will exonerate him.

While Barry’s court hearing begins to look like it will have an exceptionally grim outcome —Cecille tries her best to defend Barry in court to no avail — another challenge is introduced into the mix. A radioactive meta-human aptly called Fallout spends much of the episode infecting the citizens of Central City with radiation sickness. When Fallout proves to be too much for Team Flash to handle without Barry’s speedster powers, Barry ducks out of the courtroom to do his duty as a superhero. While he’s out getting radiation burns and directing radiation away from Central City with Cisco’s help, Barry is found guilty of murder in the first degree by the court.  Then like a good chap, Barry turns himself in to spend the rest of his life in Iron Heights in the same cell his father was imprisoned in (this is just so rude!).

The episode was ok overall. Kendrick Sampson is a well welcomed Clifford DeVoe, though I do have issues with the Sunken Place science utilized in his transformation. Cisco, Killer Frost, and Caitlin are always fun to watch and the courtroom scenes were entertaining. However, the way Barry is resigned to just go to jail is irritating. Batman would never do this, nor any other superhero for that matter (Captain America would go rogue and figure out how DeVoe set him up). Iris, as much as I adore Candice Patton, was failing as well. I mean, she is a journalist, right? This is the moment where she could have stretched her investigative journalism legs. But no. Instead, she has a revealing conversation with Marlize DeVoe and fails to digitally document it. Come on! That conversation could have totally gotten Barry out of prison! Fortunately, there’s still a chance that Iris will be able to use her skills to prove Barry’s innocence. We’ll just have to wait and see.

• Clifford and Marlize DeVoe might be the hottest couple on the show now (no offense to Barry and Iris – y’all still cute).

• Once again, where is Wally West in all this? I mean, can’t he just speed over and check on his fam?

• What are Marlize and Clifford up to? I’m still not quite sure about their motivations, but I’m hopeful that they’ll further reveal their machinations as the season plays out.

• Caitlin Snow can’t control her powers, which is lame. Come on, the women in this show need more agency and not just the villains.