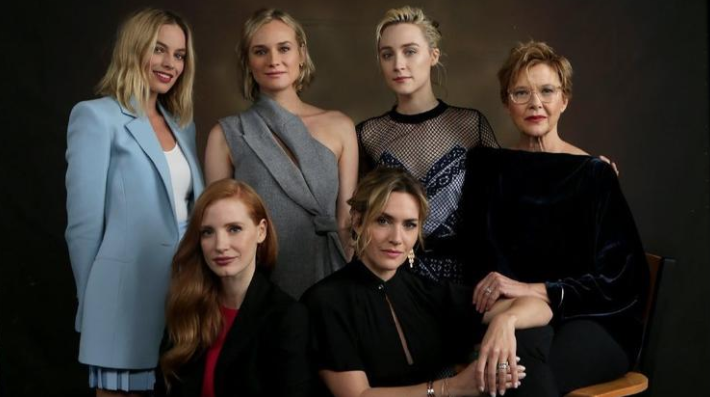 Over this past weekend, a groundswell of controversy stirred online when a photo from the L.A. Times under The Envelope released its all-women feature cover with a monolith of white faces under the message, a shift in focus.  The overall discussion talked about the treatment of women in film and their own personal experiences in their respective acting roles which have received critical praise this year.

Chastain specifically has been the most outspoken of the women featured in the L.A. Times feature—which was also broadcast as a roundtable.  In May 2017, Chastain was a jury member of the Cannes Film Festival and told The Hollywood Reporter that she found the representation of films depicting women “disturbing”.  Here are her words:

“I do believe that if you have female storytelling you also have more authentic female characters, this is the first time I’ve watched 20 films in 10 days, and I love movies. And the one thing I really took away from this experience is how the world views women from the female characters that I saw represented. It was quite disturbing to me, to be honest.”

This was a huge deal as no Cannes juror has ever been this outspoken before about how women are represented in cinema at this international festival. Chastain received huge cheers from many women filmmakers and actresses in the industry like Ava DuVernay, America Ferrera, and Debra Messing.  This past weekend, however, the criticism has turned towards Chastain in part due to her silence of NOT speaking up during the photo shoot and roundtable featuring an important conversation about women in Hollywood without one woman of color in the room.

Often times, what many of those who don’t quite understand the vitriol behind this controversy don’t get is when the words “women” and “feminism” are spoken of—the default are white women.  Or even straight white cis women.  It erases so many other women from the conversation and centers only a specific group of women which allows their platforms to have visibility and their concerns to be addressed while the rest of us are dismissed and ignored.  The absence of a woman is not a white woman.  It’s all of us.

Per usual as I scrolled through my Twitter app to see what the fuss was about and I saw tweets coming from Jessica Chastain’s account in response to the cover, I was curious to know what sparked her response.  A myriad of articles from Vanity Fair to New York Times has profiled the controversy but none of them have taken one iota of a second to credit the woman responsible for bringing it to Chastain’s attention in the first place.

Rebecca Carroll, who is a special projects editor at WNYC, a columnist at Shondaland, as well as an editor-at-large for the L.A. Times tweeted the following:

Honestly @jes_chastain as an outspoken voice for equality how do you pose for a photo like this and not feel absolutely mortified by the blatant exclusion? How is it possible to not understand the msg this photo sends? pic.twitter.com/nb8caRfVL6

Which garnered a response from Chastain with the following:

Its a sad look that there’s no WOC in this pic of us promoting our female lead films. The industry needs to become more inclusive in its storytelling. What were your favorite WOC lead films this year? I LOVED @salmahayek in #BeatriceAtDinner https://t.co/tzoijwy88q

Many editorials published so far have embedded Chastain’s quote tweet of Rebecca’s but have failed to credit Rebecca for sparking the discussion.

This is the problem.

The incessant and never-ending erasure of Black women and women of color in media, as well as Hollywood at large, has been a problem since the beginning of time.  I decided to jump into the conversation myself when I saw that Jessica Chastain had difficulty coming up with 5 WOC-led films this year.

Its TERRIBLE that I can’t think of at least 5 female lead films with woc this year.

Girls Trip, Mudbound, Deidra and Laney Rob A Train, The Immortal Life of Henrietta Lacks,Roxanne Roxanne are just a select few that come up in my head. https://t.co/s9us2LRLFJ

Here’s the thing…and yes feel free to nitpick and say the movies I mentioned don’t count because yadda yadda yadda and derail if you please because internet—but if you have a problem coming up with films led by women of color or featuring a woman of color lead that’s where the work has to begin.  I’m not here to dogpile on Jessica because frankly, I support what she’s doing and I get it.  And shameless plug, but we will run our interview with her for Molly’s Game—so be on the lookout for that soon!

What I want Jessica Chastain to understand, to all of the other white women actors on that L.A. Times roundtable to understand, what every woman who claims they are a feminist to understand—is that women’s issues are not white women’s issues.  Never has been and never will be.  You’re not the default.  You are a part of a group and large group and makeup of women that have a myriad of concerns that intersect race, color, disability class, sexuality, religion, and gender identity because we shouldn’t erase our non-binary friends out there too. As we slowly transition to 2018, my hope for the new year is to no longer see monolithic magazine covers like this which in my eyes screams white supremacy.  We deal with that daily under a President and administration that coddles it.

We should aim to do better and be better for our next generation by showing how beautiful diversity truly is and what it means to young girls of color to see themselves reflected on the big screen.  On the bright side, according to the film culture site Shadow & Act, 2018 looks more hopeful of featuring films with more Black actresses in leading roles.  The first one up in January will be Taraji P. Henson’s new film Proud Mary directed Babak Najafi and will be in theaters on January 12, 2018. 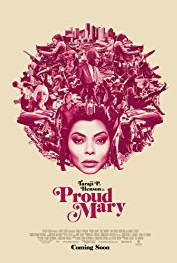 We’re also SUPER DUPER excited for what Ava DuVernay and Disney will bring us with A Wrinkle in Time due for release March 9, 2018. 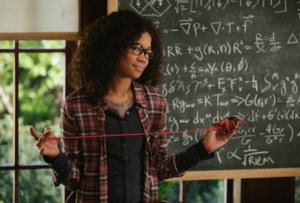 When people say “make your own”, that’s exactly what we are doing here at Black Girl Nerds.  We’ve evolved into a media outlet supporting works by and for Black women and women of color.  Our goal is to be a voice for the voiceless, and when someone’s voice is being erased—it’s our job to point that out.  So let’s remember when we have these conversations about women in media, women in Hollywood, women in etc—-it’s not about white women.