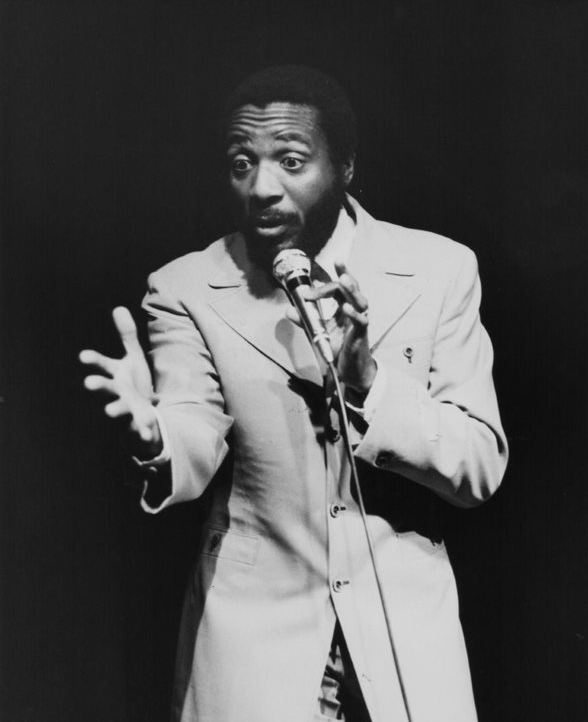 For a long time, calling someone the Forrest Gump of a thing was a way of relating the breadth of their many experiences to the 1994 Oscar-winning classic. In the film, Tom Hanks’s titular character is involved in the civil rights movement, runs across country over hundreds of miles, holds court with presidents, meets the king of rock n’ roll, and is even a decorated war vetaran. After watching The One and Only Dick Gregory, I realized I should have been crediting these feats to real-life comedian and activist Dick Gregory.

The Showtime documentary’s apt title goes a long way to re-introduce Gregory, a larger than life figure for decades. Pop culture’s shelf life has always been brief, especially as our attention spans get shorter and shorter, but one of the internet’s most nascent potentials is allowing legends lost to history to be retold to new generations. Where once media was scattered and hard to curate, the power of technology allows for the formation of projects that bring nearly forgotten figures back to life. Pop culture’s attention may still remain brief, but it’s also become cyclical, allowing for a renaissance. Director and producer Andre Gaines plays a huge role in reviving legends from the dark holes of the past. He was instrumental in HBO’s The Lady and the Dale, a documentary about controversial business woman Elizabeth Carmichael. The last many of us had heard of Carmichael was an old episode of Unsolved Mysteries and even that was after a decade-long absence. Utterly disgraced, The Lady and the Dale brought dignity back to Carmichael’s story simply by telling its truth.

Dick Gregory’s early onset Alzheimer’s caused a shift in his personality that redefined him for younger admirers. My own recollection of Gregory was that of a tall, thin Black man with a shock of a white beard. I knew him as a comedian, for being mean, and for being the very definition of “old school.” Outside of that and his infamously titled autobiography, I didn’t really have a handle on who this dynamo really was. The documentary, using talking heads from comedy greats and Gregory’s family and confidants, portrays Gregory as a superhero whose kryptonite actually was caring too much.

A healthy 100 minutes, The One and Only Dick Gregory meanders through the first part of Gregory’s life. He seems to appear out of nowhere and little information is given to his time before comedy, but it’s of little consequence. He becomes successful quickly by brazenly telling jokes to white people about the atrocities of Black life. He implicates their participation but does it with humor. The subversiveness was subtle but at the same time alarming. The missing irony of white people laughing at their own malodorous views and activity was bold and groundbreaking. Whether it was effective is a more complicated question, but at the very least, his success from his stand-up made him a ubiquitous Negro name. Once Gregory began to experience privilege, the plight of the disadvantaged became even more blaring to him and incited him to invoke change. He immediately chose to use his fame to uplift others.

He was a fierce advocate against apartheid, for the civil rights movement, feminism, Native American rights, and animal rights just to name a few. As soon as he learned of someone that needed help or a voice, he gave all of himself to the cause. In the documentary he describes himself as having a “turtle philosophy” wherein he’s soft on the inside, hard on the outside, and willing to stick his own neck out—often to his own detriment. An underlying theme is Gregory not understanding how to take care of himself first before sacrificing everything to take care of others. A heartbreaking story is told by comedian Rob Schneider who cast Gregory in his movie The Hot Chick in Gregory’s later years. After the movie wrapped, Gregory called Schneider thanking him for the role, letting him know that because of it, he had insurance and his family could use it. Schneider seemed surprised that Gregory didn’t have insurance and it points to another throughline in the documentary.

ALSO READ
Tribeca 2022 Review: ‘The Beauty of Blackness’ Fashion Fair Documentary Embraces Getting a Seat at the Table

Despite Gregory seeming more than a man, more decent, more kind, more knowledgeable of social issues, nutrition, and art, he was still just a man. During the civil rights era, he marched with the late Medgar Evans and Martin Luther King Jr. He held court with Mohammed Ali and, after changing his diet, created the Bahamanian diet. Anytime he encountered an obstacle, he rallied and kept going, but he seemingly never asked for help in return. In the documentary he grapples with managing his money. He faces eviction, bankruptcy, and fines from the IRS.  It’s difficult enough for a single Black man who existed in such tumultuous times, but as a husband and father of 10, the need for charity was strong. If there’s a lesson to be gleaned from this inspiring docudrama, it’s to take care of those who sacrifice everything to take care of us.

Appearances by Wanda Sykes, Dave Chappelle, Chris Rock, and W. Kamau Bell, as well as biographer Robert Lypsyte, Gregory’s wife Lilian Gregory, his son Christian Gregory, and many more help to add texture and personality to Gregory’s life. The movie is not entirely comprehensive, which just goes to show you how much this man actually lived. He ran for president in 1968 and went to Tehran to negotiate for hostage release during the US Embassy Hostage Crisis in Iran in 1980. He went on a nonviolent hunger strike and went down to less than 100 pounds.

Where the documentary shines is paralleling the causes Gregory was fighting for to the efforts that still exist today. He spoke openly about Black resistance to police brutality, the need for nonviolent peaceful demonstration and the silencing of dissident voices of color and those otherwise marginalized. It’s a bittersweet feeling to understand that this kind of work is ongoing, but hopeful in that there is a well-trod roadmap to change, one that’s complete with warnings of misdirection and dead ends.

The One and Only Dick Gregory is an engaging watch that showcases the ups and downs of a Black life lived to its very fullest and in living color. The documentary will air on Showtime beginning Sunday, July 4th.