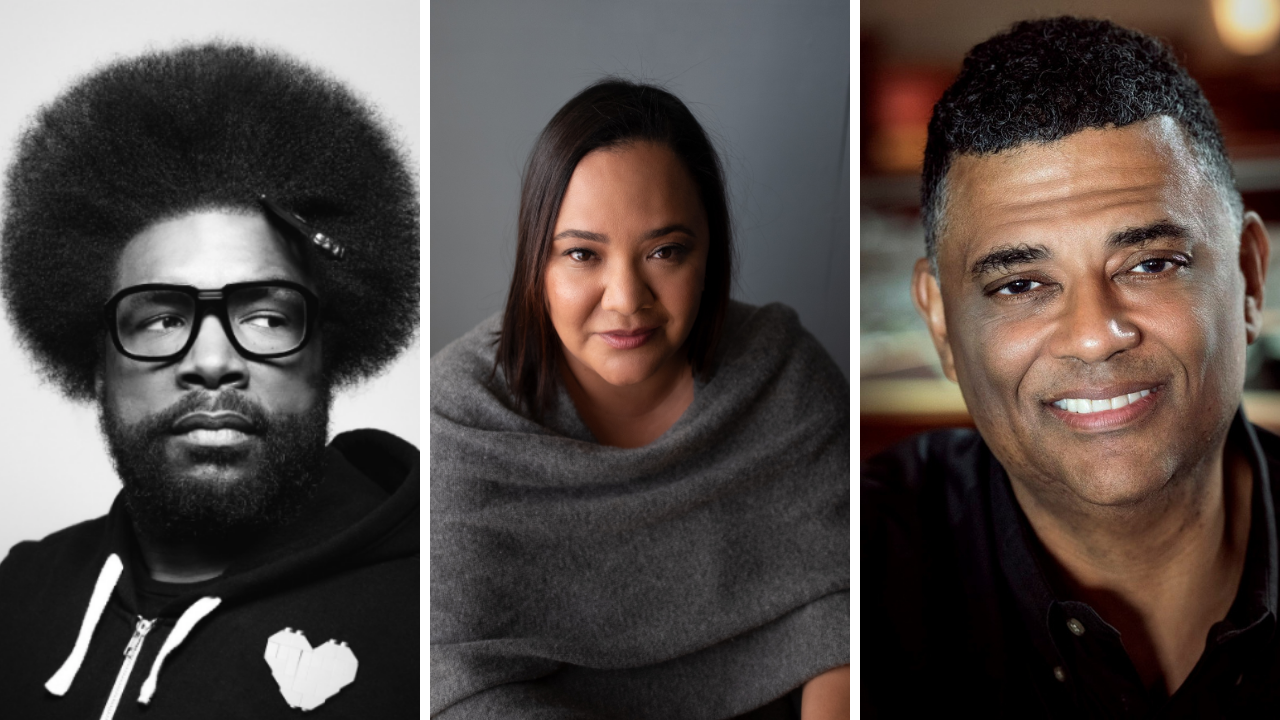 Among its production team are some notable Black creatives in the entertainment industry whose skills range from producing to writing.

Co-producer Jeannae Rouzan-Clay joins the Oscars production team for the first time.  She is a writer and producer, and the Vice President of Specials for Jesse Collins Entertainment.  For more than 15 years, Rouzan-Clay has been at the helm of multiple television shows for major networks and streaming platforms including CBS, BET, VH1, Nickelodeon and Netflix.  An NAACP Image Award®-winning producer, her work includes such award shows as “BET Awards,” “Black Girls Rock!,” “BET Honors,” “ABFF Honors” and “Soul Train Awards”; such specials as “Super Bowl LV Halftime Show Starring The Weeknd,” “The 14th Annual Stand Up for Heroes,” “The All-Star Nickmas Special,” “Leslie Jones: Time Machine,” “Dear Mama,” “Def Comedy Jam 25” and “BET Presents Love & Happiness: An Obama Celebration”; and the competition series “Sunday Best.”

Co-producer Dionne Harmon joins the Oscars production team for the first time.  She is the Executive Vice President of Content & Strategy at Jesse Collins Entertainment, where she oversees development and production of unscripted and scripted content.  A four-time NAACP Image Award winner, Harmon has produced tentpoles and specials including “A Grammy Salute to the Sounds of Change,” “Super Bowl LV Halftime Show Starring The Weeknd,” “John Lewis: Celebrating a Hero,” “BET Awards,” “BET Hip Hop Awards,” “Soul Train Awards” and “BET Presents Love & Happiness: An Obama Celebration,” as well as the comedy specials “Leslie Jones: Time Machine” and “Amanda Seales: I Be Knowin’” and the competition shows “Rhythm + Flow” and “Nashville Squares.”  On the scripted side, Harmon’s credits include the BET miniseries “The Bobby Brown Story” and the series “American Soul.”

Amberia Allen returns as a writer for the Oscars for the second consecutive year.  She has been a writer for “The Daily Show with Trevor Noah” and “The Last O.G.,” and has written for numerous live awards shows and variety specials, including “Golden Globe Awards,” “Primetime Emmy Awards” and “The Mark Twain Prize for American Humor.”  In addition, Allen holds a PhD in Sociology from UCLA and has co-authored the annual UCLA Hollywood Diversity Report.

Rodney Barnes returns to the Oscars production team as a writer. BGN spoke with Barnes earlier this year during an Instagram live chat about his comic book “Killadeplhia”. A writer and producer, he is currently executive producer for an untitled HBO series about the 1980s Los Angeles Lakers, and showrunner, writer, and creator of “Things That Make White People Uncomfortable” for HBO Max.  Barnes has penned Marvel Comics’ “The Falcon,” Marvel/Lucasfilm’s “Lando: Double or Nothing” and “Quincredible” for the Lion Forge imprint.  Other credits include “Wu-Tang: An American Saga,” “The Boondocks” and “Everybody Hates Chris.”

dream hampton joins the Oscars production team as a writer.  An award-winning filmmaker and writer, her most recent works include the feature documentary “Treasure,” the HBO documentary “It’s a Hard Truth Ain’t It,” the BET documentary series “Finding Justice” and Lifetime’s Emmy-nominated “Surviving R. Kelly,” which broke ratings records and earned a Peabody Award.  hampton was named to the 2019 TIME 100 list of most influential people in the world.

Mitchell Marchand returns to the Oscars show as a writer.  His credits as a comedy writer include such awards shows as “BET Awards,” “Hip Hop Awards,” “UNCF Evening of Stars,” MTV Video Music Awards,” “NAACP Image Awards” and “Primetime Emmy Awards.”  He has penned jokes for such A-list talent as Jamie Foxx, Anthony Anderson, Mike Epps, Kevin Hart and Chris Rock, and created presentations for Oprah Winfrey, Tyler Perry, Quincy Jones and Kerry Washington.  In 2021, Marchand’s work can be seen on the Netflix series “The Upshaws” and on the second season of “Kids Say the Darndest Things” on CBS.

Drummer, DJ, producer, author and founding member of hip hop group The Roots, Questlove joins the Oscars production team as the show’s musical director.  He is the musical director for “The Tonight Show Starring Jimmy Fallon,” for which The Roots serves as the house band.  A five-time Grammy Award® winner, Questlove has held musical directing positions with such artists as D’Angelo, Eminem and Jay-Z.  He executive-produced the documentary series “Hip Hop: The Songs That Shook America” through his production company Two One Five Entertainment and will next direct a documentary about Sly Stone.  He made his directorial debut with the feature documentary “Summer of Soul (…Or, When the Revolution Could Not Be Televised),” which premiered at the 2021 Sundance Film Festival and was awarded both the Grand Jury Prize and Audience Award for Best U.S. Documentary.  Questlove is an Academy member and has performed on the Oscars previously.