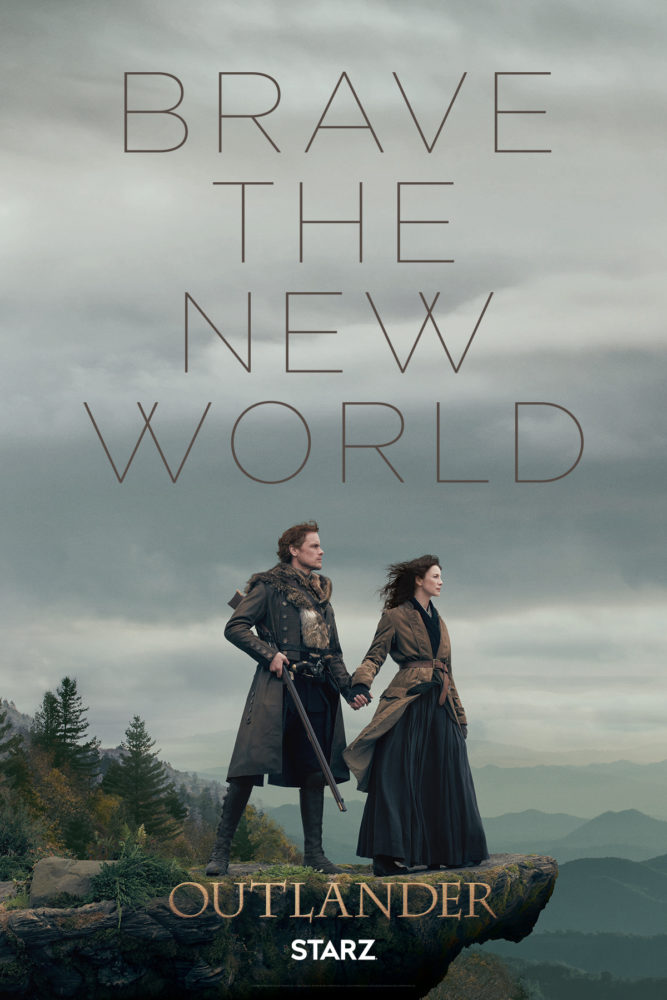 We finally get the reunion between Brianna (Sophie Skelton) and Roger (Richard Rankin) that we have been waiting for. Meanwhile, Jamie (Sam Heughan) and Claire (Caitriona Balfe) push even deeper into the resistance. In doing so, they become even closer to the man who can have them all beheaded! This was actually a thrilling episode that was ruined in the end because Outlander can’t behave itself.

Roger is looking kinda rough as he searches the streets for Bri. She has a head start and may be off to the next leg of her journey. He has to find her soon. Why? First, because Bri is Claire’s daughter — headstrong and oftentimes does not “read a room” very well. Second, well, Roger is an old-school dude who seems to think women can’t survive without a man. This is despite Bri making her way all the way to Wilmington, DE.

They do find each mercifully early in the episode. I am so thankful that we don’t have to wait until the end. They meet up and that old fire starts in. He wants to protect her, and she doesn’t need one. They push and pull and end up in each other’s arms. And then they are married. What? This seems kind of non-sequitur, but it’s done. The marriage is by the Highlander tradition binding them until they can get the real thing a year later. Of course, it’s all ruined when Roger spills that, in trying to protect Bri like always, he withheld information that Bri should have had immediately. And just like that, they have broken up again.

I do want to note how clever it was that Roger met Fergus (Cesar Domkey) and didn’t know it. He and Bri are also in the same town as her parents! The suspense is killing me. Get together Frasers! Jamie needs to see his girl and Claire definitely needs her mama after this episode’s ending. I also want to note the nosey waitress who sees Bri and Roger’s back and forth as him endangering Bri. These nosey women are always that reason someone gets tossed in jail for a “misunderstanding”. I think this waitress will prove to be the first white lady to call the cops on a person for something that wasn’t a crime and wasn’t any of her business.

Once again, Claire proves her badassery by first diagnosing a man’s condition and predicting his need for surgery and then later operating on him in the lobby of a theater! Sure, Jamie accelerated the need for surgery after hearing that the resistance was going to be ambushed that night. They have a mole who is connected to Governor Tryon, the British official presiding over the region. Jamie must get word to the rebels and his friend Murtagh (Duncan Lacroix) among them. The man’s injury was just the way to do it. Claire expertly keeps everyone riveted until the surgery is done and Jamie returns safely.

The official surgeon is hilarious as he shouts his treatment plan, which I’ll just leave unspoken. Claire has definitely cemented their role as the confidants of Gov. Tryon and assets to the resistance. But, have they succeeded in putting the Washington’s (yes, I mean our first president and his wife) in danger in the process?

So, Brianna, fresh from her marriage and breakup with Roger, walks into the bar in which she is lodged to see men playing poker. One of them is Steven Bonnet and he has her mother’s ring. We all know how he got it, and most of us are at this point screaming at Bri to stop talking to this man. RETREAT BRI! But, remember, like Claire, in the beginning, she doesn’t “read the room” and ends up in a position that many women back then found themselves in. She was brutalized by Bonnet.

The thing is, the act here is unnecessarily displayed. There is no need to show this man’s brutality with the imagery of the rape. Sure, Outlander didn’t show the acts, but the sounds create imagery that is just as visceral. At this point, we all know that women were badly brutalized by men at an alarming rate back then. We also know that they had no recourse. No one came to their aid, in a fashion similar to that of the men who sat and listened to the violence in the next room without trying to stop it. That stuff was the norm. We know this. Why do we have to keep experiencing it? At this point, falling back on such imagery is lazy writing that doesn’t serve the plot at all.

Predictions for Next Time and Beyond

The episode closes with Bri walking up the stairs and the audience reeling from what just happened. I have a few predictions for the rest of the season after this episode:

So those are my thoughts. Do you all have some predictions for the rest of the season? Let’s hear them!

Outlander airs Sundays on Starz and the Starz app.

BGN TV Review: ‘Outlander’ has the Frasers in America, Are You Ready?

Some Final Words on ‘Outlander’ Season 3