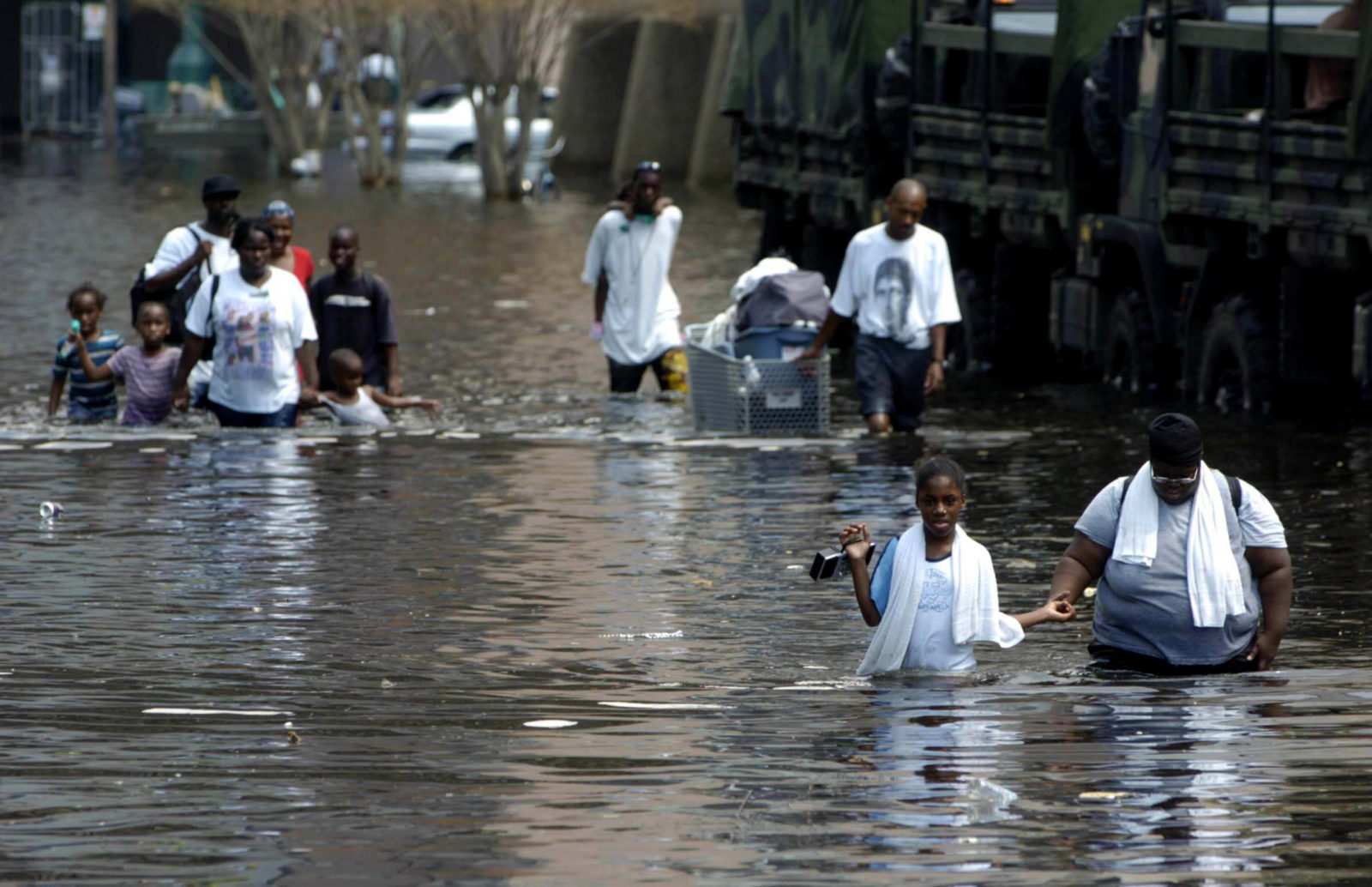 The truth is, we are in the midst of hurricane season. There is an added element of fear for Black communities during this time. Even though hurricanes don’t specifically target Black communities, their overwhelming impact always seems to affect Black people the most.

In 2015, Hurricane Katrina swept southeast Louisiana, causing the most extensive damage in Black neighborhoods. When Hurricane Harvey devastated Texas in 2017, the neighborhood that suffered the worst flood damage was an area of southwest Houston where most residents are Black. Louisiana was hit, yet again, in 2021 by Hurricane Ida, which residents say was the direct result of the failure to build adequate infrastructure and provide resources and protections to Black communities.

We know that Black communities are affected most, but how and why?

I lived in Houston for two years and left just four months before Hurricane Harvey came. While living there, I learned that Houston’s infrastructure has a poor ability to drain water. Houston’s sewer system can’t handle excess water from rainfall or river overflows. The poorest residents live on the lowest-lying land and are, therefore, more susceptible to higher flood exposure. On any given day when rain is expected, people get nervous and stay put. We saw many days of flooding just from normal rainfall.

Flood damage is especially problematic where there is infrastructure deterioration, population growth, and new developments. Houston fits the bill for all of this.

Black communities are disproportionately affected due to systemic economic inequities, which leaves them with less access to health care, disaster insurance, and evacuation resources.

After Hurricane Ian hit the city of Dunbar, a predominately Black neighborhood in Fort Myers, Florida, residents are still not counting on much help. Every time there is a storm, they are the last ones to have power restored or receive assistance. The media covered so many residents that refused to leave their homes. I believe that many did this because they did not want to shelter with others for the fear of catching COVID. That, in itself, can pose a life-or-death situation.

Another truth is that environmental racism is a real thing. It’s a form of institutional racism leading to landfills, incinerators, and hazardous waste disposal being disproportionately placed in communities of color. These communities also have inferior power grids, deteriorating stormwater infrastructure, and sewer systems that don’t work.

What’s also a real thing is climate change. As climate change intensifies, so will hurricanes, which leave Black and Brown residents more vulnerable. These communities don’t have the resources to sustain themselves after a massive natural disaster. They don’t have the luxury of packing their bags for another city, and, unfortunately, have to wait out the storm. Even worse, they don’t have the means to rebuild after they lose everything.

We can look at this even deeper: Neighborhoods with higher temperatures are the same areas subjected to redlining — a racist practice from the 1930s in which banks and insurance companies systematically refused or, at best, limited loans, mortgages, or insurance to communities of color.

Formerly redlined neighborhoods in nearly every city studied were hotter than those not subjected to redlining — by at least 13 degrees. “Counties with large Black populations are exposed to extreme temperatures 2 to 3 more days per year than those counties with smaller Black populations. Those same counties are projected to experience about 20 more extreme-heat days per year by 2050.”

This explains the “urban heat island effect,” meaning areas are much hotter with fewer places to cool down. Here in Los Angeles, our former mayor Eric Garcetti described shade as “an equity issue.” In 2019, the city hired its first forest officer to increase the amount of shade in underserved areas by planting more trees.

Let’s be clear, although no one deserves to be affected negatively by a hurricane, Hurricane Katrina was not an equal-opportunity storm. The clean-up and rebuilding for Hurricane Katrina are still happening. Some areas are still underwater and may never drain. Because of this, some homes that were underwater have been destroyed. To prevent another Katrina better levees have been built, and a better disaster plan has been made.

It’s almost as if the government expects Black communities who are disproportionately affected by these disasters to deal with the best way they can. It’s easier to make them suffer than to actually make living better for them, or put protections in place. The well-being of Black communities is always being put in jeopardy. Unless the federal government prioritizes equity in preparedness and recovery, Black communities will continue to see displacement, ruin, and death when disasters strike.